When Will Dino Girl Gauko Come Back on Netflix? 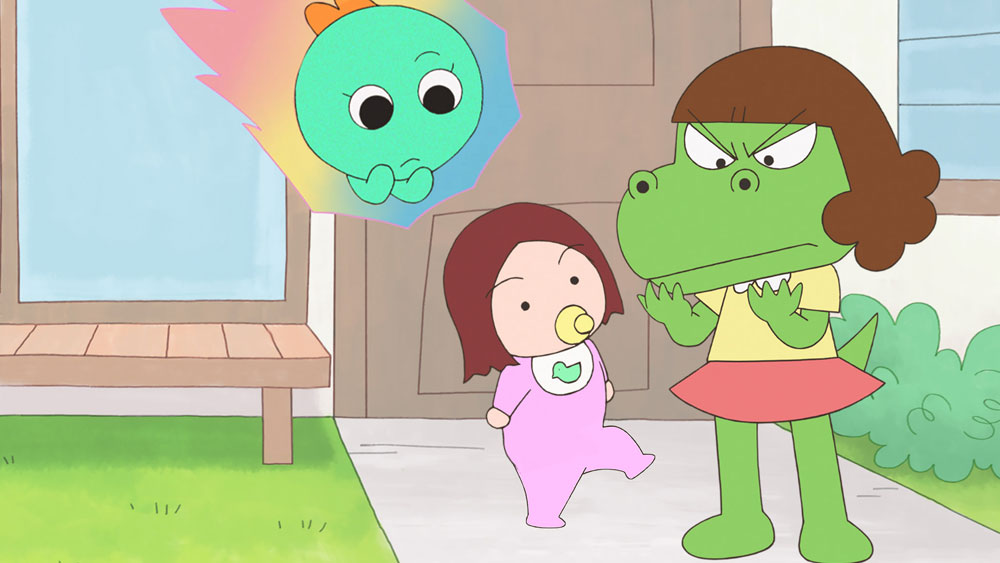 ‘Dino Girl Gauko’ is a kid’s animated series that airs on Netflix. Created by Akira Shigino, who also serves as the showrunner, it credits Hitoshi Mogi as the producer and Kimiko Ueno as the writer. The children’s anime follows a Japanese girl named Naoko Watanabe, endowed with a weird gift (curse?). Whenever Naoko gets angry, she transforms into a fire-breathing dragon.

After a really good first season, the question is: when will ‘Dino Girl Gauko’ season 2 premiere on Netflix? Let’s immediately get to answering that question.

Dino Girl Gauko Season 2 Release Date: When will it premiere?

‘Dino Girl Gauko’ season 1 premiered on November 22, 2019, on Netflix. Its entire run for the first season consisted of 20 episodes, all landing on the platform on the same date. Each episode of the short-form kids comedy series featured a length of seven minutes.

‘Dino Girl Gauko’ was part of Netflix’s attempt to amp up its content targeted toward kids and family. When Disney launched its own streaming network Disney Plus, Netflix made several acquisitions. And ‘Dino Girl Gauko’ was another addition to the streaming platform’s lineup of original animated series for children, created by animators all across the globe. Some of the titles include ‘Mighty Little Bheem‘ from Green Gold Animation (India), ‘Larva Island’ from Korean animation studio TUBA, ‘YooHoo to the Rescue‘ from Aurora World (Korea), ‘Mama K’s Team 4’ from Malenga Mulendema (Zambia), and ‘Maya and the Three’ from Jorge Gutierrez (Mexico).

Most of the kids shows on Netflix go on for multiple seasons, with them releasing after every few months. And ‘Dino Girl Gauko’ was no different. It was almost immediately renewed for its second season. ‘Dino Girl Gauko’ season 2 will release on March 20, 2020.

Dino Girl Gauko Cast: Who is in it?

‘Dino Girl Gauko’ features a talented cast of Japanese voiceover artists. Some of the voice actors appearing in season 1 of the series include Naoko Matsui and Corina Boettger, both voicing the protagonist Gauko. Hiroshi Kamiya voices Bibilan and Kazue Ikura voices Keisuke Saito. Other prominent voice actors are Laura Post as Halley, Alex Cazares as KinPika, Ben Diskin as Keisuke Saito, Risa Nakamura as Babu Lisa, Tomoyo Chujo as Haree Tomoyo, and Tara Sands as Kana, among others.

In season 2, we expect most of the lead cast to reprise their original voiceover roles.

Dino Girl Gauko Plot: What is it about?

The events of this Netflix original and animated kids comedy series take place in Japan, where we meet a seemingly regular tween, Naoko Watanabe. However, she has a special, unique gift or maybe curse (she is not sure yet) that turns her into a dinosaur whenever her anger levels exceed a certain limit. Yeah, she has a bit of an anger issue. But here, the central character does not turn to heavy metal or violence to divert her attention. Instead, she becomes half girl, half Jurassic Park!

Developed as a short-form anime, ‘Dino Girl Gauko’ is packed with multiple strange creatures and monsters who live in harmony with humans. Naoko harbors a love for poetry and yet, cannot control her anger problem or her literal transformation into something else. Yes, the entire description is cute. But there are several incidents that are directly relatable to viewers. For instance, when Naoko struggles with her emotions, especially during her moments of change, her frustrations are definitely familiar to us office-going audiences.

‘Dino Girl Gauko’ is set in a small, cozy Japanese suburb, where all the events take place among members in a close-knit community. Naoko stays in a two-storeyed detached house with tiled roofs, surrounded by trees growing on the sidewalks and a garden. All these elements remind us of the backdrops in typical coming-of-age stories. And Naoko’s daily issues are no different from any other tween girl. For example, in one of the episodes, she suspects that her father might be having an extra-marital affair. Now, she is worried if her dad will throw her mom out of the house of if he will bring in his mistress to join the family.

However, when Naoko addresses these issues, this is where the difference creeps in. Unlike her same-aged peers, here method of tackling problems related to identity, security and emotion is not entirely normal. She becomes a green dinosaur that breathes fire —  sometimes burning down a tea shop into ashes. But fun fact? She does all of these while still donning her pink cardigan and skirt.

To summarize, ‘Dino Girl Gauko’ is a tale about a tween girl, who is dealing with regular anxieties and doubts regarding her own identity. The comedy follows the daily struggles of an adolescent and her methods to tackle these issues. We witness her guilt after she destroys places but what irritates her most are matters that include social stereotypes, irrationality, contradictions and discrimination. With a simple storyline, this hand-drawn (not digital) anime is unique, charming, and endearing in its own way.

We do not have a trailer for season 2 as of now. While we wait for one, you can check out the official trailer for ‘Dino Girl Gauko’ season 1 below.