Will There be a Dirk Gently’s Holistic Detective Agency Season 3? 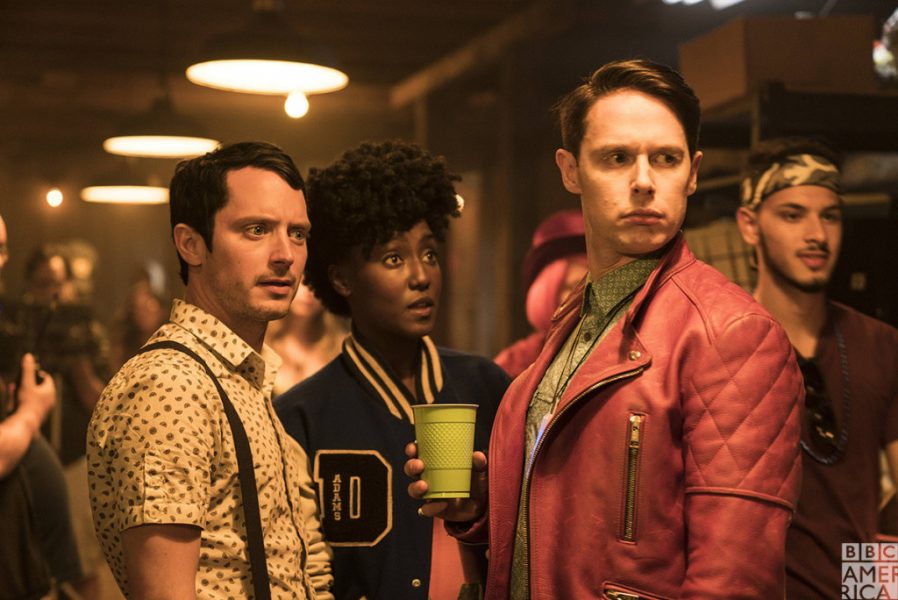 Comic sci-fi detective series are pretty rare but one that stands out among the few is the Dirk Gently’s Holistic Detective Agency television series. It is produced by BBC America and is distributed worldwide via BBC America, Netflix co-partnered by AMC Studios, Ideate Media and IDW Entertainment. The show revolves around the protagonist Dirk Gently, a self-acclaimed holistic detective, who investigates cases considering their interconnectivity. He then forms a friendship with Todd Brotzman and Farah Black who help him in solving the cases.

The show has had two successful seasons so far. Now the question is, will there be a Dirk Gently’s Holistic Detective Agency season 3? We will delve into that question, but first, let’s quickly look into the details of the series.

Dirk Gently’s Holistic Detective Agency is an offbeat series in terms of genre as it falls in comedy sci-fi detective zone. Samuel Barnett plays the protagonist Dirk Gently who understands that everything in this universe is interconnected. Gently is also slightly psychic and his work experience with the government has allowed him to develop the ability to study people with special abilities.

Elijah Wood also plays a crucial role in the series, as he stars as the character of Todd Brotzman, Gently’s assistant. Other important cast members include Hannah Marks who plays the role of Todd’s sister, Amanda Brotzman. Amanda suffers from a pararibulitis, a fictional disease made up in the series which causes her to see painful hallucinations. Jade Eshete portrays Farah Black, an efficient security officer with OCD. Farah teams up with Dirk and Todd to solve multiple cases.

Fiona Dourif plays the character of Bart Curlish, an assassin who feels that the universe acts in such a way that it leads her to the people she needs to kill. Bart’s belief also suggests that the universe will protect her from dying. She is the mirror of Dirk in the series and intends to kill him even without meeting the man. The perspective of both the characters coincides in their sketch as the series progresses. Other characters include Mpho Koaho as Ken, while Michael Eklund plays the role of Martin.

Dirk Gently’s Holistic Detective Agency Plot: What is it about?

The story starts with Todd when he reaches the penthouse only to discover that Patrick Spring and other unknown men were murdered ruthlessly. Todd immediately becomes the person of interest when he meets Dirk Gently. The duo then teams up with Todd’s sister, Amanda and Farah Black to get to the bottom of the murder of Patrick Spring and assist Farah in finding Patrick’s missing daughter, Lydia. Todd is pretty weird but he loves his sister, Amanda who is suffering from a rare disease called pararibulitus, which causes her to have painful hallucinations.

The first season revolves around a cult body-swapping, time travel device coupled with a secret government program. The gang finally finds Patrick Spring’s daughter, Lydia and also solves the mystery of Spring’s murder. In the process, they have to go through strange FBI agents and also avoid the CIA. Also, there is a group of four anarchists named Rowdy 3 who live off the emotions of the others. Meanwhile, Bart Curlish, a holistic assassin, feels that she is destined to kill Dirk. Bart forms an unconventional friendship with Ken who becomes his unwilling companion.

The story eventually reveals that Bart, Dirk along with Rowdy 3, are all results of tests carried forward by a secret CIA project named Blackwing. Season one ends with a shocker as Amanda joins Rowdy 3 and Todd slowly starts to grow a proper personality and become more of Dirk’s assistant and comrade. However, his troubles still revolve around figuring out the disease pararibulitus.

While Farah tries to move on in life, Bart and Ken are off to find new challenges that are less violent but instead they run into another big obstacle. Hugo gains control over the Blackwing, which takes a toll on him considering his mental abilities. However, they first need to get themselves together and only then can they stop the ultimatum. Everything and everyone is still interconnected in this season as the directors weave the story around the sterile chambers of the secret government organization, Blackwing, in contrast to the sleepy town of Bergsberg and the magical land of Wendimoor.

We see our protagonist Dirk as he stumbles, falls, fails, struggles, and misfires; but then again he manages to get up and fight against all the aspects as he finds his feet in the new case “Find The Boy”. He, with the help of his gang, meets new people and makes required connections to finally solve the mystery.

Dirk Gently’s Holistic Detective Agency season 2 premiered on October 14, 2017, on BBC America. It ended with its tenth episode airing on December 16, 2017. All the episodes are also available to stream on Netflix globally.

Both seasons one and two, bagged favorable reviews on the rating meter, having been rated 8+ by IMDB and 80%+ by Rotten Tomatoes. However, the show was axed by BBC America. Interestingly, the decision to cancel the series angered fans and a petition was signed to renew the series which received more than 100,000 signatures.

However, the network didn’t show any enthusiasm for wanting to continue the series any further and hence, Dirk Gently’s Holistic Detective Agency season 3 stands cancelled.

Below is the trailer of Dirk Gently’s Holistic Detective Agency season 1 to get you started: