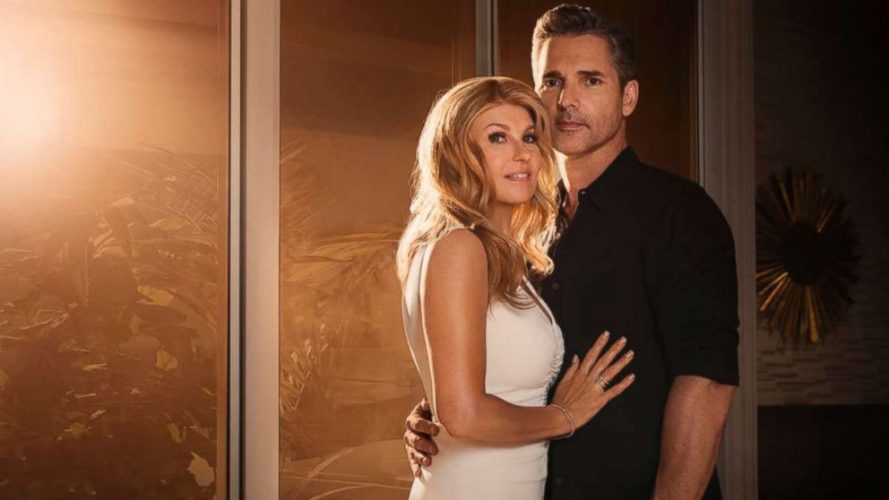 Based on a true story, Dirty John, a podcast turned TV show, first premiered on Bravo and was later acquired by Netflix. The series is created by Alexandra Cunningham. It is written by Christopher Goffard and Cunningham herself along with several other notable writers. Jeffrey Reiner serves as the director of the show. The true crime series has eight episodes in its first season with each episode of about 60 minutes.

Dirty John takes us on a journey filled with manipulation, betrayal, and crime focusing on John Meehan, the notorious sociopath known to have born into hustling, who through his philandering ways, charm and manipulation skills managed to con a string of wealthy women to his advantage. The idea of the series is to share insight into the man through the eyes of one of his victims who he trapped in his web of lies and deception. Dirty John was nominated for a Golden Globe Award for Best Performance by an Actress, and Critic Choice Award twice, for Best Actress and Best Supporting Actress in a Limited Series. The series has got good reviews for its cast, as well as its direction. It premiered on November 25, 2018, on Bravo, and was released on Netflix on February 14, 2019.

Dirty John Cast: Who’s in it?

Dirty John features the following cast members: Connie Britton plays the lead character of Debra Newell who is a wealthy mother of two daughters with a successful SoCal business in interior designing. She is also the head of her company Madeira that deals in designing. She is shown to have been unfortunate in her love life with four unsuccessful marriages in her past but is hopeful of finding love again and frequents dating applications in her quest for true love.

Eric Bana plays the antagonist as the titular character of the series, Dirty John, formally known as John Meehan. Julia Garner is seen as Terra Newell, one of the daughters of Debra Newell. Juno Temple plays the role of Veronica Newell, another one of Debra’s daughters and Terra’s sister. The cast also comprises of Jean Smart playing Arlane Hart, Debra’s mom, Keiko Agena as Nancy, who Debra works with, Jake Abel playing Trey, Veronica and Terra’s only brother who is older than them, and Kevin Zegers as Toby Sellers, among others.

Temple describes her ‘role’ as, “When you take on a role, whether it’s based on somebody who’s existing or who has existed or if it’s a fabricated person, you have to respect that role with every piece of you. You can’t half-ass anything,” Temple says. “And I also think it was important to remember that you’re playing a character that is created for a TV show. You’re not actually playing that person.”

Dirty John Plot: What is it about?

Dirty John is based on a true story revolving around the infamous John Meehan, the charming, young man with skeletons in his closet. It starts with a woman falling madly in love with this handsome con-man. Debra Newell has two daughters, Terra and Veronica, and lives a seemingly perfect life: she is beautiful, successful and owns a house in one of the most desirable coastal cities of California, Newport Beach. The only thing she thinks missing from her life is love. That’s when she finds Dr John Meehan on a dating website, who with his charm and gentlemanly behaviour, woos her and makes her fall head over heels for him. He sweeps her off in a whirlwind romance, finally marrying her.

Soon after, her daughters get suspicious of his activities, the fact that he claims to be an anesthesiologist and a war veteran, and hire an investigator to reveal his darkest secrets that he has been hiding from her by manipulating their mother all along. Reality hits hard on Debra when she learns the truth about John. As per the original events of the podcast, Meehan dies at the hands of the youngest of Newell’s daughters, Terra, who in her self-defence to avoid being abducted by him ended up killing him. Give this thrilling series a go to uncover the truth about John and the after-effects of the revelation.

Dirty John Season 2 Release Date: When will it premiere?

Dirty John season 1 premiered on Netflix on February 14, 2019. The success of the first season meant that Netflix was quick to renew the show for another season. The excitement of its fans for season 2 is off the charts. It has been reported that season 2 might not continue the same story. There is a high probability that the second season might feature a different story that has a similar arc as first season.

Britton shared her insights on season two in an interview saying, “I actually haven’t even really had a conversation about that,” she stated to the outlet. “But that is going to be a completely different story.” Deadline has also confirmed that season 2 would be “a different and self-contained story, with details to come at a later date.”

Our best guess is that Dirty John season 2 will release sometime in late Q4 2019. We will update this section as soon as we hear more.

While we wait for Dirty John season 2, check out head over to Netflix to catch the trailer and all the episodes of first season on Netflix.