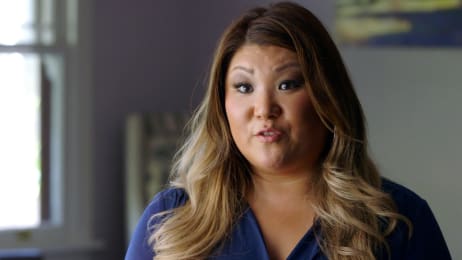 ‘Disappeared’ is a reality documentary series based on true crimes that first premiered on December 10, 2009, on Investigation Discovery. The series features individual cases of victims in the United States who have disappeared under mysterious circumstances.

The cases are shown from the perspective of investigators and relatives of the victims. The cases that are discussed in the show are unsolved. The missing people have not been found and the episodes end with a note requesting the audience to call the forces if they get any news on the case.

These unsolved cases create a lingering effect in the audience’s mind. The victims first appear to be the regular Americans leading their humdrum lives. But, as the show progresses, the viewers realize that the victims’ lives are more than what meets the eyes.

‘Disappeared’ has enjoyed a nine-season run, leaving fans wondering whether there will be a Season 10. We delve into that right after sharing details about the show.

Disappeared Cast: Who’s in it?

Christopher Walker is the narrator of the show. He presents every episode and guides the audience throughout with the happenings of the case. Throughout the show, victims’ relatives and family members make an appearance in the episodes along with investigators and experts.

Disappeared Plot: What is it about?

The show follows a format of exploring different cases of people who have disappeared in the past mysteriously, and have never been found since then. The episodes feature their lives and their immediate actions before they went missing.

The show premieres with the case of Brandi Wells. She was 23 years old when she went missing after attending a Texas night club alone. Paige Birgfeld was living a dual life as a respected mother and an adult escort. Her disappearance has left people in shock and the episode explores more mysteries of her life.

Amy St. Laurent disappears after her date and the investigators in the episode reveal that her date is actually a suspected serial killer and a prime suspect in her disappearance. In the following episodes, cases of Michele Whittaker, who has drinking problems, Lee Cutler, who has either disappeared on his own or chosen to end his life, Billy Smolinski, who disappeared after finding the truth about his girlfriend, and a lot more are featured.

The seasons continue with such captivating and open-ended cases. As the seasons progress, the cases become even more enthralling and baffling. In the last season, the audience witnesses the disappearance of Nancy Moyer, whose case might be connected to one of the murders in her neighborhood.

As the episodes continue, we see the cases of Ashley Summers, a 14-year-old girl who has been missing for more than a decade, Stephanie Crane a 9-year-old, who disappeared after she went for bowling. Ali Lowizter vanishes after getting dropped from school while the disappearance of the teenager Tabitha, seems more like an eloping scenario.

A fraternity is shocked to learn that its favorite brother, Martin Roberts has gone missing. The season ends with a peculiar case of Michael Chambers. He is a retired firefighter. His garage looks like a crime scene and at first, cops believe that he has been murdered. But as the case progresses, evidence points out that there must be some deeper meaning involved in his disappearance.

Disappeared Season 10 Release Date: When will it premiere?

‘Disappeared’ Season 9 premiered on March 16, 2018, on Investigation Discovery. The season comprised of 13 episodes and the last episode released on June 17, 2018. The episodes are very personal. The families and relatives give an inside look into the victim’s life and their personalities. The way these members display love while recalling the victims, really make the audience empathetic towards the missing person. The show was well received by the audience from the very start.

The show went on a break after Season 6. The season ended on April 4, 2013, and it was believed that the series had been canceled. But, the viewers’ great feedback and demand compelled the channel to reboot ‘Disappeared’ for Season 7. Not just that, the show gives hope to many families out there, who are featured on the show.

Catch a clipping from one of the previous seasons below to get an idea of the show.