When Will Disasters at Sea Season 2 Premiere on Smithsonian? 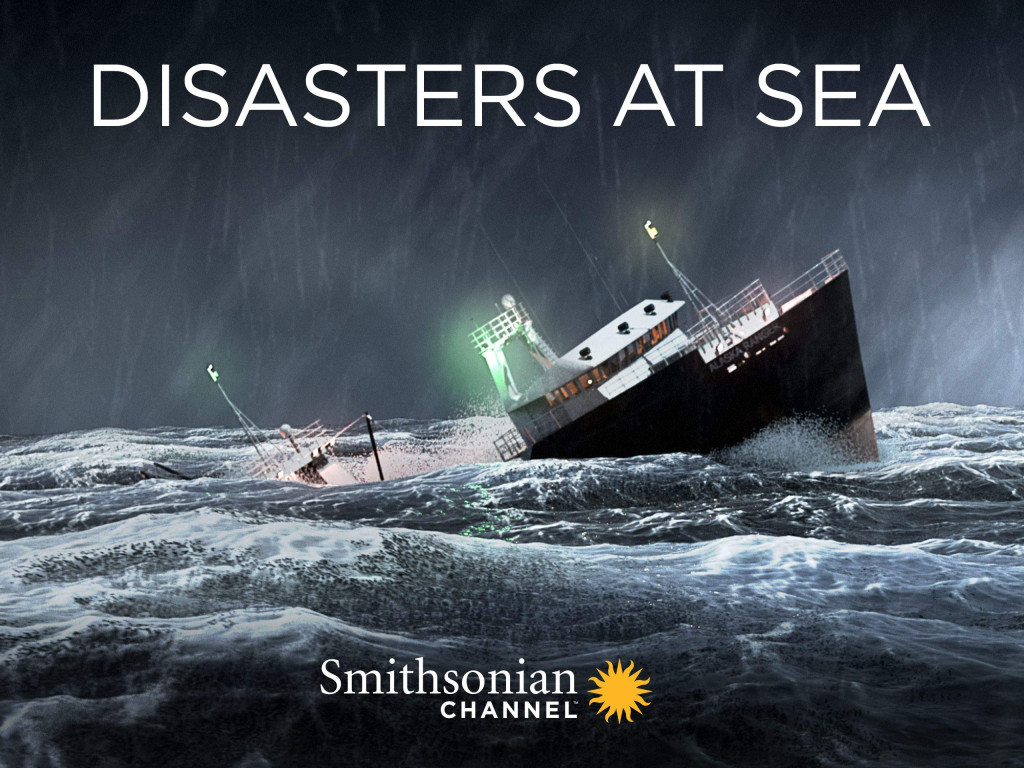 Disasters at Sea is a Smithsonian docu-series that reopens the cases and re-examines the possible causes of the most riveting and horrific nautical disasters of recent times. This includes: a cargo ship that sank in the Northwest Pacific in the middle of a typhoon, and spawned an investigation spanning two decades; the case of the Antarctic cruise that ended up fighting a frozen battle against an icy death; the simple maneuver that sunk a cargo ship in Norway, much to the misfortune of the crew.

Many of these disasters rocked the world and stumped the initial investigator. Shipping tycoons stood flabbergasted against the surprising turn of events, a good deal of whom went on to change their basic practices in the shipping industry following these disasters.

Disasters at sea, a nautical investigation show, was commissioned by Discovery Canada, in association with Smithsonian Channel, in the United States, and the Australian Seven Network. The first season of Disasters at Sea consists of six episodes of 60-minutes each and premiered in January 2019. We have also learned that the show has been renewed for a second season. Here’s all you need to know about Disasters at Sea season 2.

Disasters at Sea Season 2 Release Date: When will it premiere?

‘Disasters at Sea’ season 1 premiered on January 13, 2019, on Smithsonian Channel. After airing for six episodes, it concluded on February 24, 2019.

The show was soon renewed for yet another season, with ‘Disasters at Sea’ season 2 slated to premiere on January 5, 2020, at 9 PM ET/PT.

Edwina Follows, Director of Commissioning and Production, Discovery Networks, said “Disasters at Sea continues Discovery’s proud tradition of creating compelling, insightful storytelling with an investigative approach. Employing cool science, dramatic recreations, and cutting edge CGI, this series not only reveals what went wrong in some of the worst nautical disasters in recent history but also how they can be prevented in the future. We look forward to continuing our successful partnerships with Smithsonian Channel and Seven Network.”

Disasters at Sea Cast: Who’s in it?

Disasters at Sea is narrated by Michael Pongracz. The series is directed by Tim Wolochatiuk, and P.J. Naworynski, and stars marine investigators, experts for analysis, and a string of actors for reenactments. Some of these actors include John Dickhout, Matthew Sauvé, Nick Biskupek, Michael Coughlan, David Karnes, Owais Sheikh, James Acton, Francesco Antonio, Tom Bolton, Mark Brombacher, Simon Haycock, Britt MacLennan, and many, many more.

Season two continues to chronicle the journeys of investigators as they go to the depth of maritime disasters and unravel shocking mysteries via technological know-how and modern gadgets.

What is Disasters at Sea about?

Disasters at Sea proves and disproves existing theories and offers explanations for a number of catastrophic, real-life events that have unfolded at the sea in recent times. The show goes far beyond the traditional simple documentary and actually acts as an investigator for six modern sea-disasters during season one.

In many of these cases, conflicting reports of official investigations have left the real cause of sinking unknown. Disasters at Sea sets out to unravel the mysteries and get to the real stories behind them. Reconstructions of key sequences of events, combined with a team of dedicated marine investigators who work very hard to determine facts, fill in the blanks and get to the root cause is what the show revolves around. It examines the ripple effects that led to the final shocking events. They are often forced to work with nothing more than very minor leads, to navigate their way towards dramatic, unexpected, and immense conclusions.

One of the episodes follows investigators as they try to determine why a modern, well-equipped cargo carrier got surprisingly torn apart because of rough seas, leaving the crew stranded. Investigators dig up the evidence of an alarming design flaw that has repercussions for the entire shipping world. Another looks into the sinking of a fishing vessel, in 2008, in the Bering Sea. Flooding forced the crew to abandon their ship and take their chances in the freezing waters, triggering a massive rescue effort in doing so.

Investigators analyze photos and videos sourced from survivors to dig into what really went wrong. When 544-foot ship MV Rocknes simply flipped over – in 2004 – under a minute, south of Bergen, Norway, it killed 18 crew. Disasters at Sea investigators discover a series of errors, committed before the ship even left port, which finally culminated in the accident.

A similar series of avoidable human errors and circumstances led to the sinking of the SS Marine Electric, off the coast of Virginia, back in 1983, killing 31 sailors. A violent typhoon doomed a large cargo ship and resulted in an investigation lasting 20 years. When the Derbyshire carrying 160,000 tons of iron ore from Canada to Japan encountered the Typhoon Orchid, the crew intended to wait it out. But they never made it to their destination, and a massive search operation turned up absolutely no debris or survivors. When the crew began to get the blame, their families launched an intensive quest looking for answers as to what really happened. The investigation cleared the crew and found a shocking problem that continues to put lives at risk, even today.

Season 2 embraces the same format and investigates a New York ferry trip that ended in a deadly mishap and the mysterious disappearance of a fishing vessel in the Bering Sea. In one episode, the crew sends Remotely Operated Vehicles, fitted with cameras, to the bottom of the seafloor in order to recover a sunken ship’s BLACK BOX – the Voyage Data Recorder – so that they can understand what had actually happened.

Based on fact, every episode of Disasters at Sea examines a mystery and takes the viewer on a suspenseful and investigative journey not just into modern maritime calamities, but also into the world of people who spend their lives at sea. The series is a look at, and a tribute to, the amazing men and women who give up so much – sometimes even their very lives – for their overwhelming love of the open water.

You can watch the official trailer for the show below: