When Will Disenchantment Season 3 Come Out on Netflix? 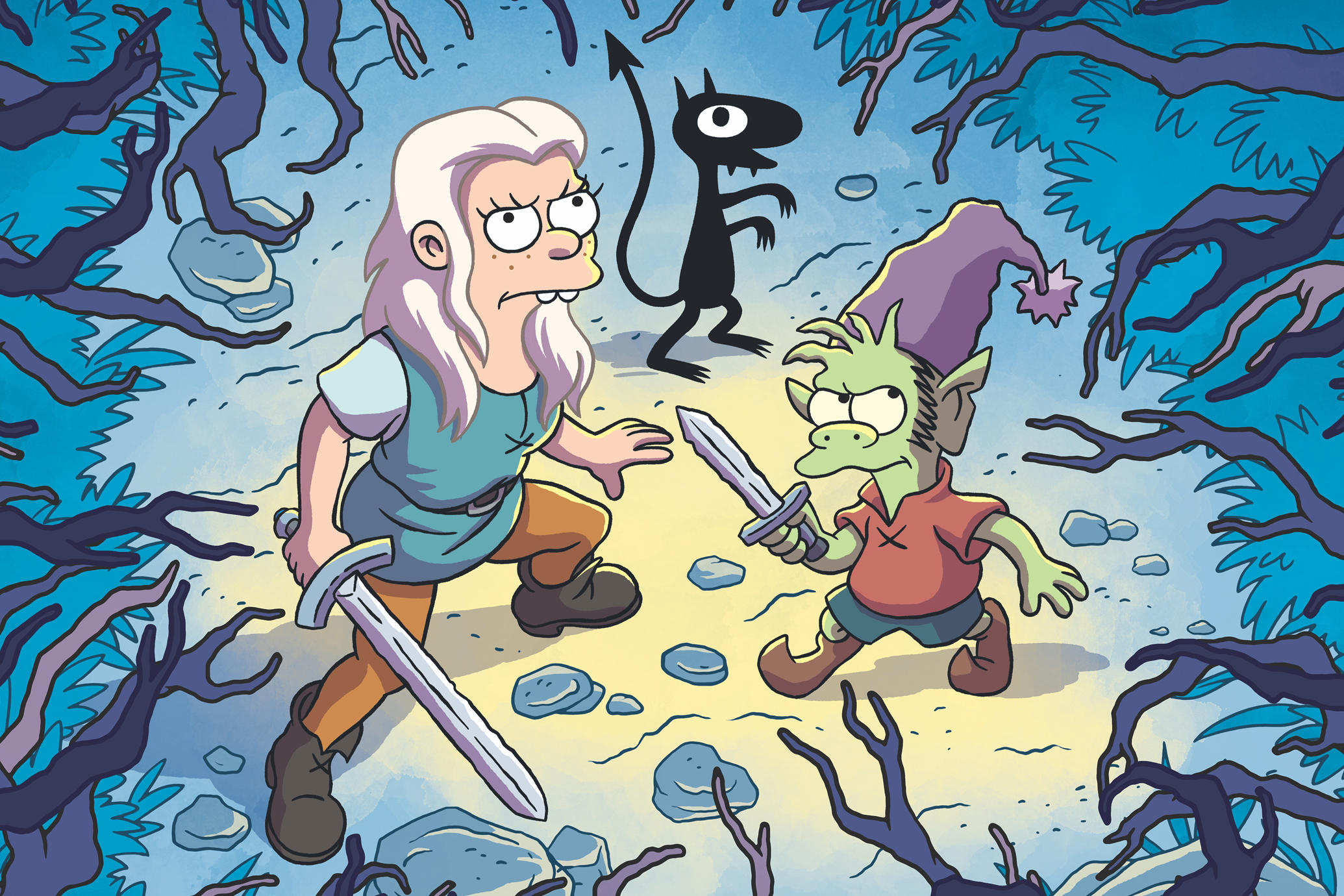 Dressed in the animation style of ‘Futurama’ and ‘The Simpsons‘, ‘Disenchantment’ is another creation of Matt Groening, who is very well-known for his work in the aforementioned shows. As most would already know, ‘The Simpsons’ was set in the present world, whereas ‘Futurama’ in the future. With ‘Disenchantment,’ Matt Groening takes us back to a medieval fantasy where elves have quirky names and there are fascinating new adventures to explore.

Just like Matt’s other shows, ‘Disenchantment’ is heavily driven by its characters and takes some time to develop. It’s light-hearted, funny, and allows its plot points to naturally develop over the course of time. If you have already watched its first season and you’re wondering when Netflix will renew it for season 3, here’s everything you need to know.

Disenchantment Season 3 Release Date: When will it premiere?

‘Disenchantment’ season 2 released on September 20, 2019 on Netflix. Its second season ended with a major cliffhanger where the main characters of the show found themselves in some sort of danger after they managed to get through a series of perils in the entire season. This pretty much confirmed that Netflix did have plans of renewing the show for another season. Later, in December 2019, Netflix confirmed that the show’s third season is all set to release in 2020 and even tweeted about it. Check it out below:

Ready to continue the adventure? @Disenchantment is returning for Season 3 in 2020! You didn’t think we’d leave Bean in that hole, did you? pic.twitter.com/PQmLro9e3c

Matt Groening, the creator of the show, also confirmed that the upcoming parts of the animated series will each have 10 episodes and so far, 40 episodes have been planned. “We’re excited to continue this epic journey with Netflix. Stay tuned for more cranked-up suspense, infuriating plot twists, and beloved characters getting knocked off,” he said. Although no official announcements regarding its release date have been made yet, considering Netflix’s annual release schedule for other similar animated shows like ‘Bojack Horsemen,’ we can expect ‘Disenchantment’ Season 3 to release sometime in July 2020. However, there could be some delays because of Covid-19.

Disenchantment Season 3 Cast: Who Can Be in it?

Other secondary protagonists of the show include Tress MacNeille as Queen Oona, Zog’s second wife, and Bean’s stepmother; John DiMaggio as Bean’s father and King Zog; Noel Fielding as Stan the Executioner, the good-natured royal executioner, and the manager of the torture chamber; Sharon Horgan as Queen Dagmar and Bean’s biological mother. Since the cast of the show has remained the same for the first two seasons, we can expect the cast members to reprise their respective roles in the third season as well.

Disenchantment Season 3 Plot: What Can it Be About?

The cliffhanger ending of season 2 leaves a lot of room for the development of its storyline. Although the second season’s ending is very similar to the conclusion of season 1, the major difference between the two is that in season 2, Bean is now finally aware of her mother’s true nature. It is possible that season 3 will now explore the prophecy, according to which, Dagmar had to marry King Zog in order to have a daughter. This plot point was introduced in the pilot of the second season but the show never really delved into its details. Apart from this, as most viewers would already expect, Bean will set out to save her father and while she’s at it, she’ll even find a way to clear her name.

In 2018, Netflix released a small promo video which confirmed that the streaming giant has a lot planned for the future of the animated series. Check it out below: