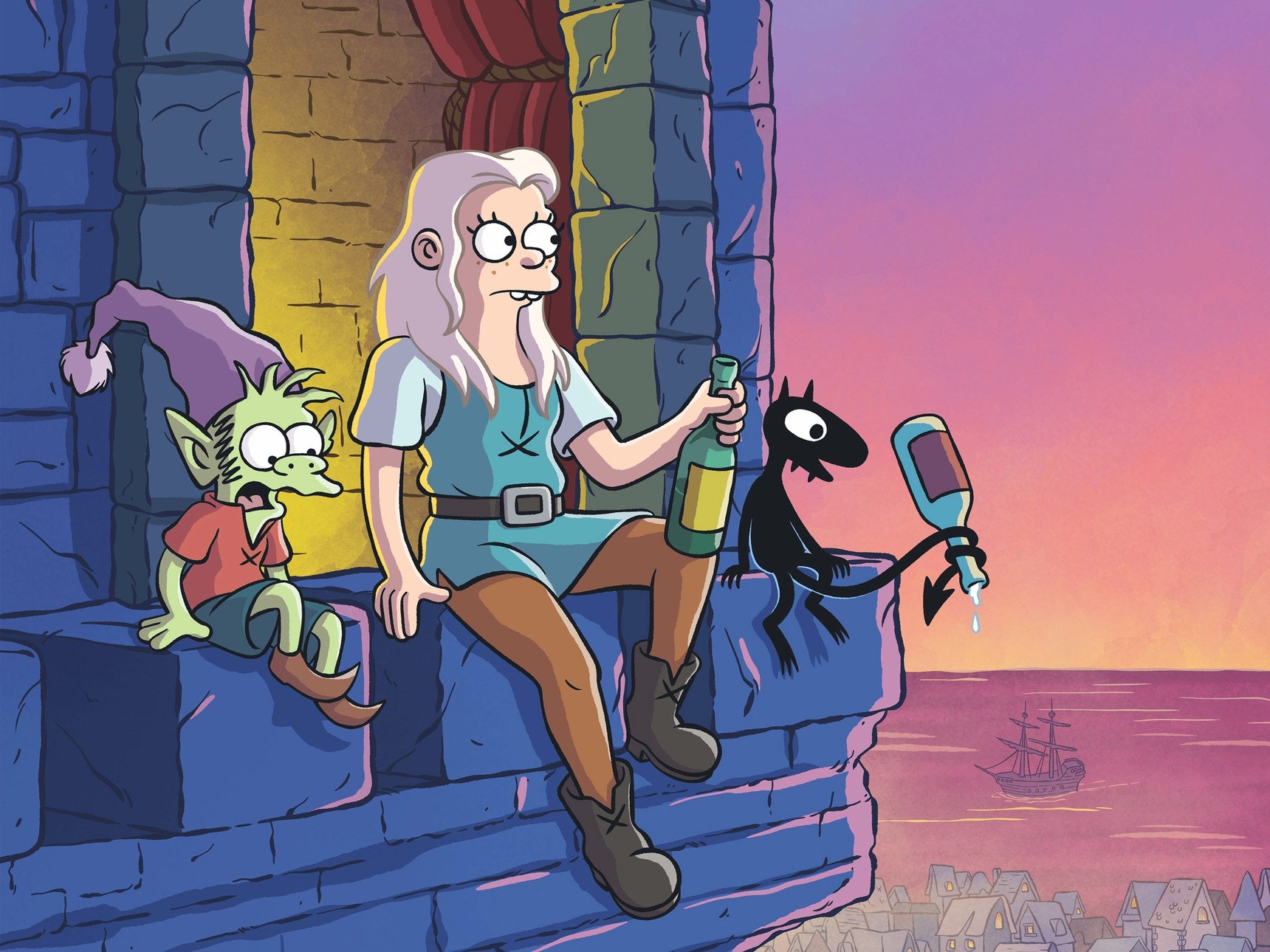 Created by Matt Groening, ‘Disenchantment’ is an animated series that he developed along with Josh Weinstein. The satirical fantasy show is set in the kingdom of Dreamland and revolves around Princess Tiabeanie AKA Bean, who is rebellious and loves drinking. Her life takes an exciting turn when she comes across a naïve elf named Elfo and a demon named Luci. She even learns that she has magical powers.

Originally premiered on August 17, 2018, the show was off to a shaky start as it received mixed reviews. While a few critics appreciated that the series explores the characters in greater depth as it progresses, some others felt that the humor could have been worked upon. Despite everything, the animated fantasy sitcom seems to have garnered a loyal fan base. So, if you are one of the many fans clamoring to know if there will be a season 5, then allow us to spill all that we have learned!

‘Disenchantment’ season 4 landed in its entirety on February 9, 2022, on Netflix. The fourth installment has ten episodes that run for 19-31 minutes each.

As far as the fifth edition is concerned, here is the deal. An official announcement is yet to be made confirming whether or not the show will be renewed. However, it seems that series creator Groening is hoping to keep it going for more rounds. In March 2021, before season 4 premiered, he told USA Today, “We’ve got 10 (more) episodes that we’re almost finished with, and then we’re waiting for marching orders (about renewal). There will be more.”

Groening continued, “We have a story we want to tell. We have an ending we’re really happy with. There’s a million plot threads and character and story arcs. We know where we’re going and we want to get there.” So, it seems that the team already has a clear picture of how the future storylines will pan out. Taking everything into consideration, if the series is greenlit by April 2022, we can expect ‘Disenchantment’ season 5 to release sometime in Q1 2023.

Disenchantment Season 5 Voice Cast: Who can be in it?

The main voice cast of the show consists of Abbi Jacobson (Bean), Eric André (Luci and Pendergast), Nat Faxon (Elfo), John DiMaggio (King Zøg), and Tress MacNeille (Queen Oona and Bonnie Prince Derek). In addition, Matt Berry (Prince Merkimer), Maurice LaMarche (Odval), and Sharon Horgan (Queen Dagmar) lend their voices to significant characters. So, in case the show returns for the fifth round, we may hear their voices once again. It is possible for some new names to be added to the voice cast lineup.

Disenchantment Season 5 Plot: What can it be About?

In the fourth season, Bean and her gang have another set of bizarre and fantastical adventures. The season opens with Bean being forced to marry Satan in hell, whereas Luci tries escaping from heaven. At the same time, Elfo wants to flee from the ogres.

In another episode, Bean makes it back to Dreamland but her return is not how she imagined it to be. However, she and her buddies finally reunite with King Zøg. In the season finale, Bean even encounters “Bad Bean” in her dreams. Therefore, if the show is recommissioned, we can expect more of these out-of-the-world adventures featuring Bean and her loved ones.