Disintegration: Everything We Know 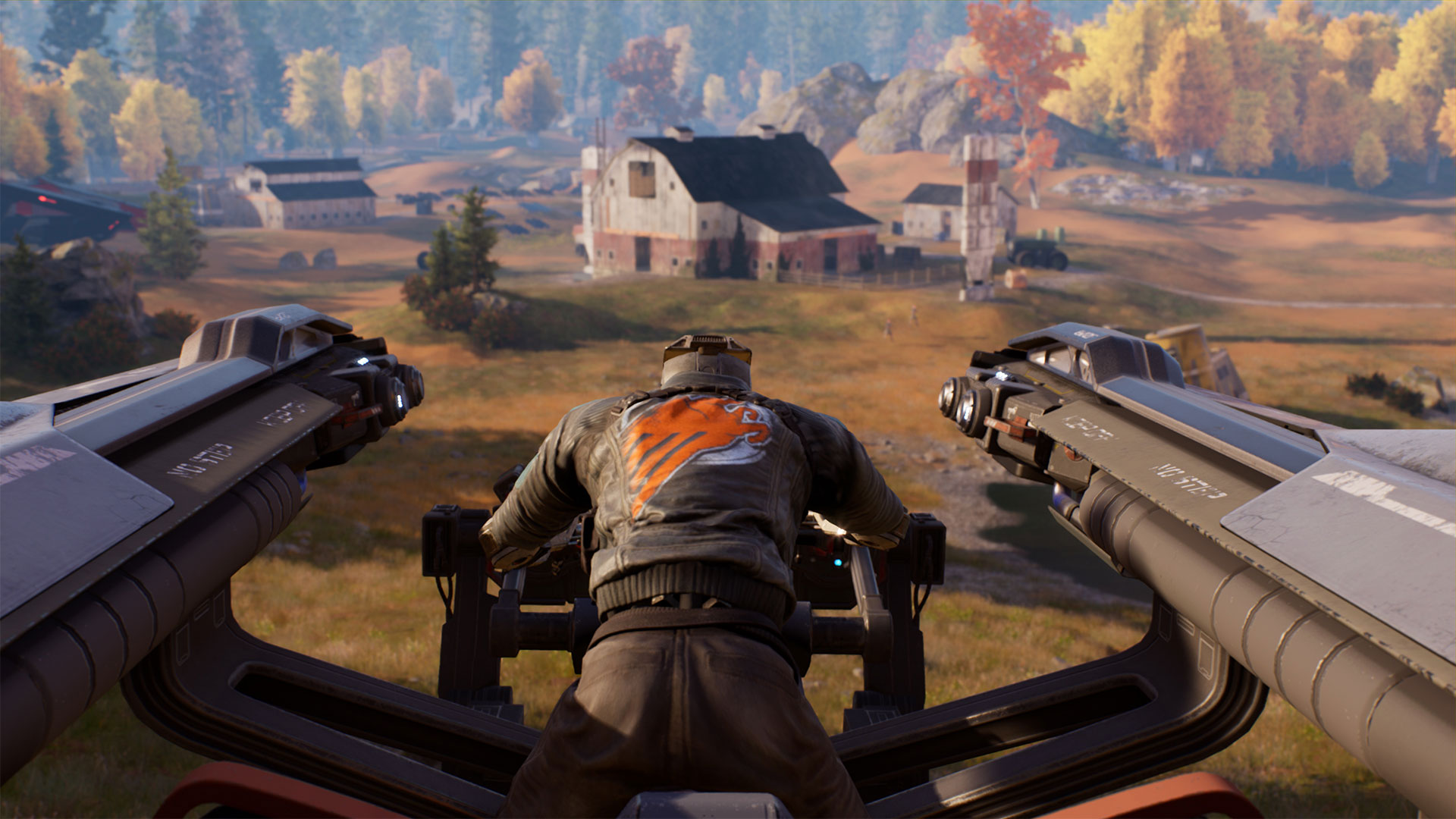 Any game that has the name of ‘Halo’ co-creator Marcus Lehto attached to it, is going to drum up significant interest, even more so if the game in question is an FPS (First Person Shooter) game. However, newly formed studio V1 Interactive’s upcoming game titled ‘Disintegration’ is more than simply an FPS.

It is an ambitious crossover of several video game genres and gameplay concepts, that is increasingly looking like it might just come together very well indeed. The game seeks to combine thrilling FPS combat with classic RTS (Real-Time Strategy) tactics in a 5 v 5 team-based asymmetric competitive game. If that concept tickles your fancy, read on to find out everything we know about the upcoming game ‘Disintegration’.

Disintegration Multiplayer Gameplay: What to Expect?

At its heart, ‘Disintegration’ looks to be a multiplayer-focused experience centered around “Grav Cycles”, armored tank-like crafts, that are piloted by individual players. A typical match pits five real players piloting their own individual Grav Cycles against five opponents, with several AI-controlled soldiers duking it out at ground level.

The game will feature a soft class system which is determined by which Grav Cycle you equip, as well as on your ground crew. Depending on how you kit out and the abilities of your crew, you will be able to perform different roles such as healer, tank, and so on. However, crews in ‘Disintegration’ will be expandable, allowing for more versatility and flexibility so that you don’t get pigeonholed into a particular role.

The Steam page for ‘Disintegration’ describes the game as follows:
“Pilot a heavily armed Gravcycle in Disintegration, a new sci-fi first-person shooter unlike any other. Command your troops on the ground as you battle through a thrilling single-player campaign, and compete in frenetic PvP multiplayer against other pilots and their crews.”

It is fairly clear that the fundamental multiplayer gameplay of ‘Disintegration’ is inspired by several prominent FPS games. It borrows the asymmetric team-based multiplayer component popularized by ‘Team Fortress 2’, the AI-controlled grunts mechanic from ‘Titanfall’ and the mech-based gameplay from ‘Mechwarrior Online’ and ‘Titanfall’.

However, ‘Disintegration’ brings its own unique flavor to the party – a fully-featured and integrated RTS (Real-Time Strategy) mechanic that complements the fundamental FPS gameplay. As you zoom around the map in your Grav Cycle you can command your ground crew to perform various actions.

This adds a whole new layer of tactical gameplay to an otherwise straightforward FPS game, slowing down the general pace and placing a heavy emphasis on teamwork and strategy. The crews themselves come in various different flavors, with the Warhedz crew possessing higher defensive capabilities, while the Tech Noir crew prioritizes speed and agility. ‘Disintegration’ will have a minimum of three multiplayer game modes at launch including Retrieval Mode (basically a variant of Capture the Flag), a Team Deathmatch mode and a Zone Capture mode.

‘Disintegration’ will feature microtransactions at launch, but they are planned to be cosmetic only with no tie in with progression or unlocks.

Disintegration Single-Player Gameplay: What to Expect?

Despite the game’s obvious focus on multiplayer gameplay, it will also feature a fully-featured single-player campaign set in a dystopian future with well fleshed out lore. In this future, humans have long been engaging in the practice of integrating themselves into robot bodies in order to fight the passage of time and disease.

However, a splinter group known as the Rayonne start treating integration as the evolutionary end goal for all of humanity and begin experimenting with the procedure. Emboldened by their purpose, the Rayonne initiate a global war, forcefully integrating all humans and killing all dissidents

The single-player campaign of ‘Disintegration’ has you play as Romer, a former TV host turned ringleader of a group of outlaws seeking to reclaim humanity. The fundamental gameplay will be much the same as in the multiplayer but this time on smaller linear levels. You will engage in first-person combat gameplay in your Grav Cycle while directing your ground crew via classic real-time strategy mechanics. All in all, the single-player campaign will offer dozen-plus hours of gameplay.

Disintegration Developers: Who Are the People Behind the Game?

‘Disintegration’ is being published by Private Division, a subsidiary of Take-Two Interactive.

Disintegration Release Date: When and Where Can I Play It?

‘Disintegration’ does not have a concrete release date as of this point in time, but the game is widely expected to be released sometime in the first half of 2020. The game will be playable on PC (Microsoft Windows), PlayStation 4 and Xbox One.

‘Disintegration’ is also set to have a multiplayer beta test before release. You can sign up on the official website to gain access to it when it comes out.

You can watch the gameplay trailer for ‘Disintegration’ right here.