Disney Rehires James Gunn To Helm ‘Guardians of the Galaxy 3’ 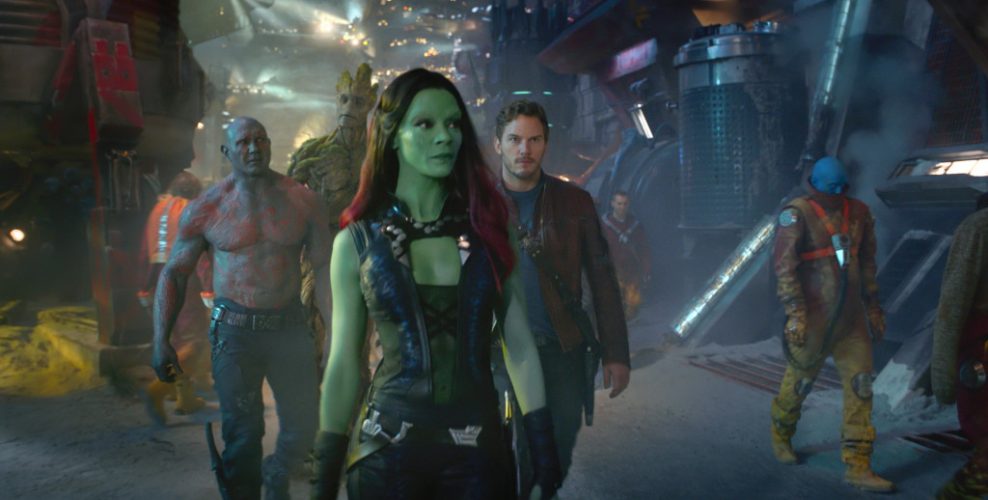 James Gunn has been rehired by Disney to direct the Marvel Cinematic Universe movie, ‘Guardians of the Galaxy 3‘ after they had fired him last year in July when some old distasteful tweets of his had resurfaced on the internet. The news was first reported by Deadline. The decision to rehire Gunn had been mulled and made months ago after conversations between the top people at Disney and the team at Marvel Studio. Although Gunn refrained from using Twitter much after the fiasco, was quick to send out a message thanking fans for their support. He said, “I am tremendously grateful to every person out there who has supported me over the past few months. I am always learning and will continue to work at being the best human being I can be. I deeply appreciate Disney’s decision and I am excited to continue making films that investigate the ties of love that bind us all. I have been, and continue to be incredibly humbled by your love and support. From the bottom of my heart, thank you. Love to you all.”

For those unaware, Gunn’s old tweets made fun of pedophilia and rape, and Walt Disney Studios’ chairman Alan Horn had stated to The Hollywood Reporter at that time “The offensive attitudes and statements discovered on James’ Twitter feed are indefensible and inconsistent with our studio’s values, and we have severed our business relationship with him.” At the time of his firing too, Gunn had offered an apology but had done little else to defend his job as the director of ‘Guardians of the Galaxy 3’. He had said, “My words of nearly a decade ago were, at the time, totally failed and unfortunate efforts to be provocative. I have regretted them for many years since — not just because they were stupid, not at all funny, wildly insensitive, and certainly not provocative like I had hoped, but also because they don’t reflect the person I am today or have been for some time. Regardless of how much time has passed, I understand and accept the business decisions taken today. Even these many years later, I take full responsibility for the way I conducted myself then. All I can do now, beyond offering my sincere and heartfelt regret, is to be the best human being I can be: accepting, understanding, committed to equality, and far more thoughtful about my public statements and my obligations to our public discourse. To everyone inside my industry and beyond, I again offer my deepest apologies. Love to all.”

Although Gunn seemed fine with going gently into the good night after being fired from his job, the decision nonetheless drew sharp criticism from reporters, Hollywood insiders and those working with the Marvel project. Dave Bautista who plays Drax has been loyal to Gunn and unwavering in his support to the director. Michael Rooker who plays the alien pirate Yondu also deleted his Twitter account in solidarity. The cast of the film together also pushed for Gunn to be brought back, saying “We fully support James Gunn. We were all shocked by his abrupt firing last week and have intentionally waited these ten days to respond in order to think, pray, listen, and discuss. In that time, we’ve been encouraged by the outpouring of support from fans and members of the media who wish to see James reinstated as director of Volume 3 as well as discouraged by those so easily duped into believing the many outlandish conspiracy theories surrounding him”.

With such an outpouring of support, it was becoming impossible for Disney to turn a deaf ear and Horn reportedly met with Gunn and Marvel Studios president Kevin Feige to discuss the possibility of Gunn’s return last August. Although the meeting bore no fruits then, it appears the decision eventually came out in favor of Gunn. However, since then Gunn has also jumped ships and is in line to direct the upcoming ‘Suicide Squad‘ sequel for DC and Warner Bros. This will notably make him one of the few directors to have a hand in both Marvel and DC projects.

As of now ‘Guardians of the Galaxy 3’ is in production and after its release date was pushed back from the original 2020 schedule, it does not have a new date yet.