Will There be a Divorce Season 4 or is it Cancelled? 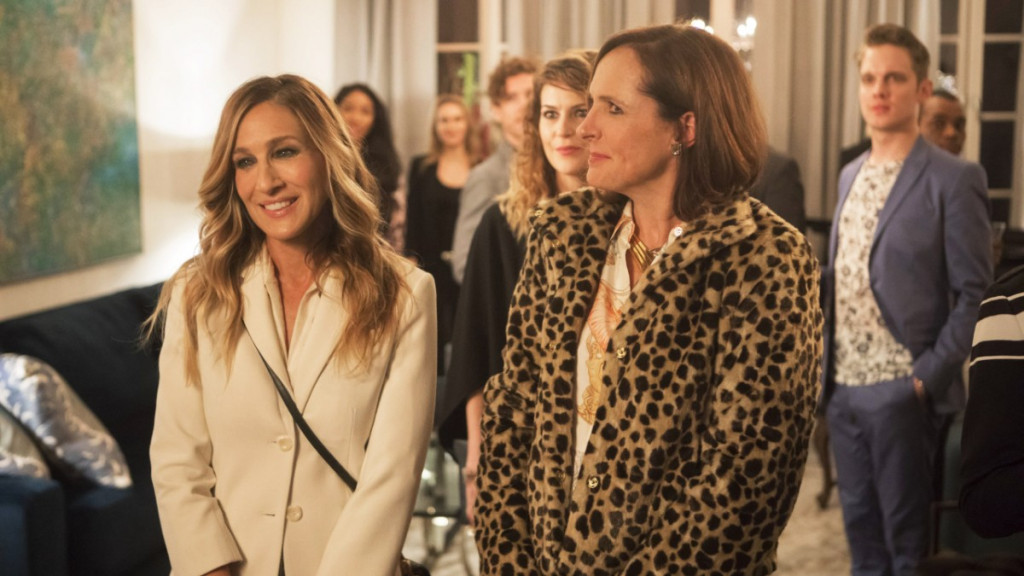 ‘Divorce’ is an American comedy-drama series produced by HBO Entertainment, Pretty Matches Productions, Merman Films, Kapital Entertainment, and 343 Incorporated. It has been created by Sharon Horgan of ‘Catastrophe‘ fame. The series first premiered on October 9, 2016, and airs on HBO.

The show revolves around the life of a couple who go through a horrible divorce and the consequence they face as a result of their separation. After an initial phase of mental turmoil, the couple eventually learns how to recoup and restart their lives. While fans have absolutely loved what they have seen, critics have more or less been favorable towards the show, saying “While the execution borders on superficial, the dark humor and character chemistry in ‘Divorce’ hit the mark”.

The show has had three successful seasons so far, but will there be a ‘Divorce’ season 4? Let’s find out.

Divorce Cast: Who is in it?

The cast of ‘Divorce’ is led by Sarah Jessica Parker, who is best known for playing Carrie Bradshaw in ‘Sex and the City‘, as Frances Dufresne. Thomas Haden Church, of ‘Spider-Man 3‘ and ‘Wings’ fame, plays the role of Robert Dufresne, the hapless husband who wants to split up after discovering the affair. Molly Shannon, famous for ‘Other People‘, is seen as Diane, Frances’ friend who is rather high strung, while Talia Balsam plays Dallas Holt, another close friend of Frances.  Tracy Letts is seen as Nick, Diane’s husband. Sterling Jerins, famous for appearing the ‘The Conjuring‘ films as Judy Warren, plays Lila Dufresne, and Charlie Kilgore plays Tom Dufresne, Frances, and Robert’s children. Becki Newton (‘How I Met Your Mother‘) joined the cast in season 2 as Robert’s love interest Jackie Giannopolis.

Divorce Plot: What is it about?

‘Divorce’ is an American comedy series, set in Hastings-On-Hudson, which narrates the life of a couple who go through a terrible and long drawn out divorce. The sequence of events that lead to their separation and eventual divorce and how they cope up with that forms the gist of the story. We see Frances and Robert lead a normal, happy life until Frances starts having an extramarital affair which initiates the trouble in her married life. Her husband finds out about her affair and gets dejected and heartbroken. He eventually files for divorce and annuls their marriage.

Their life goes for a toss as they struggle to find a balance between their personal issues, animosity and their children, Lila and Tom Dufresne. In the second season of the series, the couple slowly tries to restart their lives with the help of their friends. However, we also see that the pain of separation affects both the people since they realize that they will end up losing the security of their married life, and have to make tough sacrifices to ensure this split does not affect their children.

Season 3 starts with Robert and Frances both trying to make fresh starts but find their new lives aren’t as easy as they had hoped for. As Frances says in one of the early episodes, “It’s like the fabric of our family is changing. Things haven’t really turned out the way they were supposed to, have they?” We also witness how tensions arise due to Frances and Robert’s differing parenting approaches. The arrival of Robert’s sister Cathy only ends up creating more unrest. The season ends with Frances and Robert facing the realities of post-divorce life.

“Sarah Jessica Parker has a unique ability to showcase the complexities of personal relationships with such empathy and humor,” HBO executive vp programming Amy Gravitt said in a statement. “With Divorce, she took our audiences through the keyhole and into the lives of a modern-day couple dealing with the fallout of splitting up.  As we end with the third and final season of the show, we look forward to our next endeavor with Sarah Jessica and Pretty Matches.”

Should You Watch Divorce?

If you like relationship dramas, then ‘Divorce’ is a must see. The show really seeks to explore not just how a split affects the couple, but the people in their lives as well, be it, friends or immediate family. The Hollywood Reporter best sums up the show, saying, “That’s not exactly a joyride for a comedy — unless the decision is made to make it overly bitter and hateful from both sides, ramping up the comedy with viciousness. But ‘Divorce’ is a smarter and more ambitious show than that, and it wants to soak in the emotions, which is more admirable than watchable (especially because Parker is the one marinating in the sadness, not getting many of the funny or withering lines). Maybe that’s what she, Horgan and perhaps SJP fans really want. If so, fine, then ‘Divorce’ (at least in the early going) is what happens when all the big dreams of ‘Sex and the City’ move to the ‘burbs and are crushed by reality.”

Check out the season 3 trailer below. If you haven’t seen the show yet head over to HBO to catch all the episodes of the previous seasons. Divorces can be messy and people cope with it differently. If you enjoy this show, we definitely recommend that you also watch ‘Casual‘ and ‘Grace and Frankie‘.