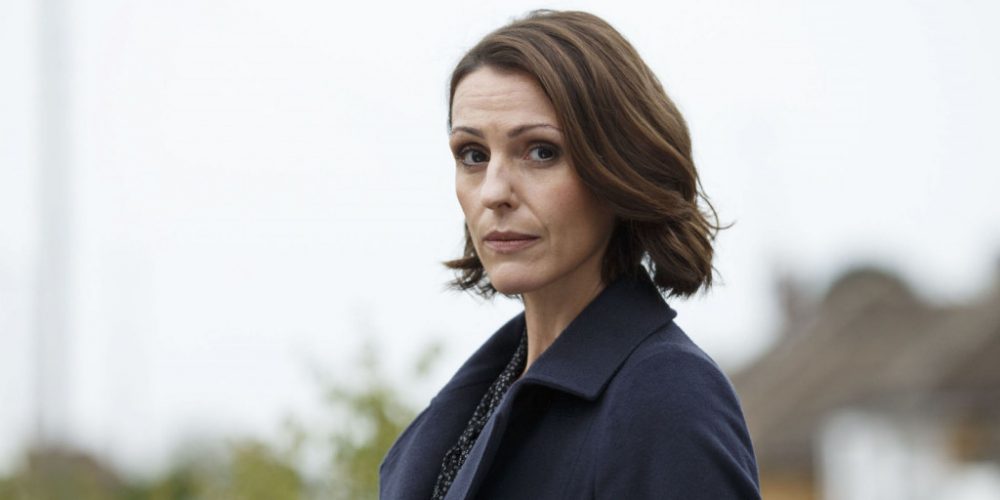 When it comes to TV drama, we all know that there are many, many more primetime slots than there are genuinely good shows to fill them. Even at the end of the fierce competition scriptwriting gets on the big silver screens – almost equivalent to Hollywood itself – producers and execs are most of the time compelled to greenlight painfully mediocre scripts if the show fits a certain vein of sensibility, or rides the bandwagon, or has a good stream of catchy phrases in the dialogues. Critics will label these with terms like cliché, predictable, and cheesy, but at the end of the day, these shows turn in a great revenue for the networks. Even in the face of this sorry state of events, however, some well-written shows thrive, and become gems in the paraphernalia of stale TV drama. While the BBC One original Doctor Foster (aired in the US on Lifetime as Doctor Foster: A Woman Scorned) ends up unable to be on par with timeless classics like The Wire and Breaking Bad, it makes a decent attempt to do so with a lot of effort, and has given us some of the finest TV scriptwriting of the decade.

Doctor Foster: A Woman Scorned Season 3 Cast: Who’s in it?

At the heart of the show is, of course, the titular character – Dr Gemma Foster, who is portrayed by veteran actress Suranne Jones, known for her work in Coronation Street and Vincent. As the main character, Suranne will definitely be returning to take the lead in season 3. Simon has no indication of leaving the story by the end of the second season, and the case is same with Gemma’s son, Tom Foster. So we will also be seeing more of Les Miserabes-starrer (2012) Bertie Carvel and Tom Taylor too. That said, it is very likely that we will see very little to no screen presence for Jodie Comer, who plays Kate Parks in the show. By the fifth episode of season 2, Kate Parks has officially terminated her relationship with Simon and will be leaving the country with her family. All this, however, is the logical speculation depending on the momentum the story has taken, and additions to the cast can only be confirmed after the full season 3 cast has been announced by BBC.

Doctor Foster: A Woman Scorned Season 3 Plot: What is it about?

At the end of season two finale, both Simon and Gemma’s character arcs seem to have come full circles; on the one hand, Simon’s relationship with Kate is officially over with Kate leaving for Paris with her daughter, while on the other hand, Gemma’s revenge plot has reached its finality. The anchor of the season three will be their son Tom, who has escaped at the end of season 2, becoming the sole device for plot momentum, leaving us at a cliffhanger.

Doctor Foster: A Woman Scorned Season 3 Release date: When will it premiere?

Coming from the pen of experienced playwright Michael Bartlett, Doctor Foster was met with overwhelmingly positive reception both from critics and from the audience on day one when the pilot released, and there has not been the slightest drop in the quality of screenwriting. While the second season did not reach the viewership of the breakout record ratings of the debut, it did fairly well and maintained its consistent tone.

With the ending leaving much space for fan interpretations and contemplations on what the next season will be like, the hype regarding Doctor Foster is equally high in both UK and US. That said, the show has neither been renewed nor cancelled by BBC One yet. Even though the second season did reasonably well while being seen as a series finale, wrapping up most threads neatly, lead actress Suranne Jones has commented that a season three is likely if Bartlett comes up with a good enough storyboard. At any rate, there has been no reliable news from any source to determine a tentative release date. Officially, the air date for Season 3 is still TBD.

With the show’s renewal status still pending a confirmation from the network, there are no trailers, teasers, or promotional content available for a third season yet. Here you can instead watch the official trailer for the second season for a glimpse into the show.