Will There be a Doctor Sleep Sequel? 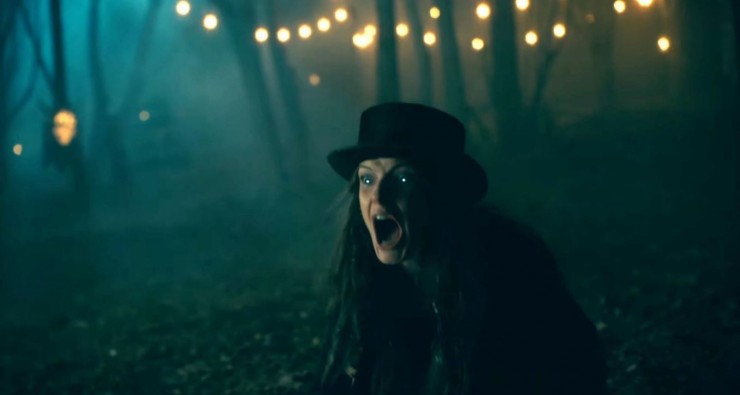 Stanley Kubrick’s 1980s classic ‘The Shining‘, based on the legendary Stephen King’s eponymous novel, is a psychological supernatural flick that has secured its position among the timeless horror movies in the history of cinema. Regarded as one of the ‘greatest and most influential films ever made’, this cult-hit had inspired its direct sequel, ‘Doctor Sleep’, which is also an adaptation of Stephen’s 2013-published book with the same name. Directed by Mike Flanagan, it is set many decades after the events of the original movie. Starring Ewan McGregor as Danny Torrance, the story follows Danny, who has psychic abilities and is trying to cope up with his childhood trauma. Danny meets a young girl named Abra with similar powers and seeks to protect her from a cult organization called the True Knot.

When ‘Doctor Sleep’ hit theaters in 2019, it opened to positive acclaim and good reviews, mainly for its performances and eerie backdrop settings. However, the film was a box office failure, as compared to other King adaptations like ‘It Chapter Two’ and ‘Pet Sematary‘. So this brings us to the question if we will see a sequel to the movie. After all, horror flicks have this trend of spawning, not one but multiple follow-ups. Read on for some detailed insights.

‘Doctor Sleep’ was released globally on October 31, 2019. The film, in spite of being well-reviewed and well-received by critics, could not manage to be a box-office hit. This was mainly because of its lengthy runtime and a script, geared toward a more mature audience. Coming to its future, the distributing house backing ‘Doctor Sleep’, Warner Bros. was so confident in the film’s success that they had already hired writer/director Mike Flanagan to write the script for a prequel, titled ‘Hallorann’. Reportedly, Flanagan had also shown interest in another sequel. But considering the disappointing performance of ‘Doctor Sleep’, the future of both these ideas are still in limbo. Though, the silver lining is that the film has been doing incredibly well on streaming services. If the creators do decide to go ahead with a follow-up movie and filming commences by next year, we can expect Doctor Sleep’ sequel to release sometime in 2023.

Doctor Sleep 2 Cast: Who Can be in it?

In ‘Doctor Sleep’, the lead role is played by Ewan McGregor as Danny “Dan” Torrance. However, since his character dies in the movie, he is not expected to make a comeback. The sequel (or prequel) had been confirmed to revolve either around Abra Stone (sequel) or Dick Hallorann (prequel). These characters are played by Kyliegh Curran and Carl Lumbly respectively — and depending on which concept the next film adopts, we can see either (or both) of the above stars making a comeback.

Doctor Sleep 2 Plot: What Can it be About?

If the next edition is created as a prequel, it will revolve around the character of Dick Hallorann, who appears in both ‘The Shining’ and ‘Doctor Sleep’, and who possesses the power of ‘the shining’. The story might chronicle Hallorann’s journey on how he discovers that he has psychic abilities. On the other hand, if the new film is a sequel, we will see more of Abra’s struggles. In ‘Doctor Sleep’, she is seen living with her mother and exploring her powers further after overcoming her ordeal. In the end, she is visited by the glost of the rotting woman, who she tries to lock away in an imaginary box in her mind. So the story can take any direction from here. Maybe Abra will have to deal with another dangerous, life-threatening situation, or she might be summoned to help someone in distress. We will get further details only once the sequel is officially confirmed by the makers.