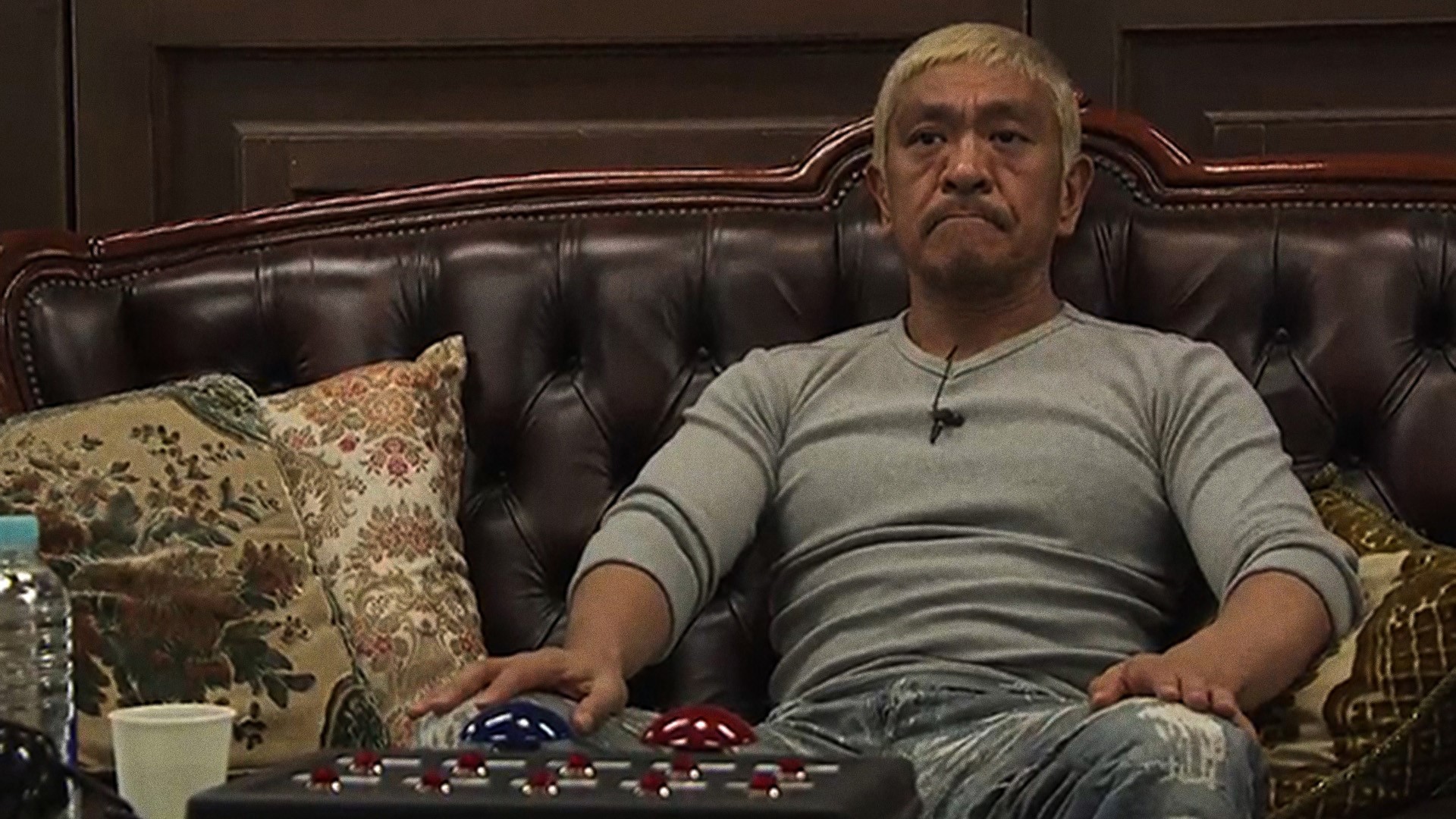 Laughter is infectious; we all know that. For instance, when I tell a joke, I start laughing even before beginning to talk. And this compels the listener to laugh along, even though my joke mightn’t have been even smile-worthy! This is the same case with stand-up comedians. They laugh at their own jokes, thereby, inducing ripples of giggles across the whole room. Well, exploring this idea is the weirdly engaging Japanese reality TV show, ‘Documental’ or ‘HITOSHI MATSUMOTO Presents Documental’. Ten entertainers enter a room and stay there for six hours while attempting to make others chuckle out aloud. However, they need to maintain their own composure. Because, if he/she dares to even stifle a guffaw, he/she is immediately eliminated.

Documental Cast: Who is in it?

‘Documental’ is created and hosted by the renowned Japanese comedian, Hitoshi Matsumoto. He is also a popular TV host and forms one half of the comedy duo, Downtown, along with his partner Masatoshi Hamada. Apart from this, Matsumoto has directed and acted as the lead character in several famed Japanese movies.

Documental Plot: What is it about?

‘Documental’ is a high-stakes competition, with a winner-pockets-it-all grand prize of 10 million yen ($88,000). In this challenge, 10 small-screen comedians partake in the contest while paying an entry fee of one million yen each. The set somewhat resembles the set-up of ‘Big Brother‘; with the only exception being that instead of a complete home, all the contestants are housed in a single room. They stay here for six hours with only one aim: make their rivals laugh. The last man managing to maintain a straight face is declared as the winner.

Yes, the concept seems straightforward. But it is Japanese. So, nothing turns out as expected. In fact, anything can be a trigger. For example, there’s a phenomenon called the giggle loop. We all have faced it, I am sure. What happens here is that we get that involuntary impulse to laugh during a most inappropriate moment. As a result, we are forced to stifle the giggles within, which finally, comes out as a huge, uncontrolled laugh. And in ‘Documental’, there’s a landmine of giggle loops. With the comedians performing the most outlandish acts — from fooling around with all types of props and cracking ridiculously stupid jokes to prancing in costume-based routines, the urge to burst into fits of endless chuckles is strong.

There are so many squabbles and weird acts, including contestants going crazy with kitchen equipment and hurling insults at each other. In order to stifle that chuckle which is about to just appear, they resort to the ghastliest face contortions, which surpasses even the scariest ghosts from a horror flick. But then, just a certain untimed faltering on the part of a contestant can get him to uncontrollably break down and lose his place.

Meanwhile, Matsumoto decides which participant should remain and who should go out. Sometimes, the deliberations are difficult. For example, which comedian should be directed toward the exit — the one who loses his guard or the one who reacts at the exact point when the other is just about to falter? Action replays, at times, are required to make a final call. Additionally, waving of yellow and red cards indicates that a certain trick is offensive.

Yes, we know everything about this show sounds outlandishly stupid. But if you wade 10 minutes into the series, we bet, there’s no looking back. It’s so addictive! It reminds you that it does not matter when or where we laugh. All that matters is when it arrives with unstoppable force. In this competition, no one follows the adage of laughter may be the best medicine. Here, one man’s “tonic is the other man’s pill!” No, this is not a philosophical show about sharp and polished comedic skills. It is about laughter — infectious, insane, and crazy giggles. After all, there’s this claim that the Japanese are the happiest people in the world. Why? Because they laugh at anything.

Documental Season 4 Release Date: When will it premiere?

‘Documental’ Season 3 premiered on Amazon Prime on June 21, 2019. With a 7.5+ rating on IMDB, the show has maintained steady growth in viewerships since its debut. Now, who does not want to indulge in a guilt-free binge-session of crazy laughter?

But what about season 4? Here’s the good news for fans. Actually, the original Japanese version of the show has seven seasons. Which means, that Amazon has to just subtitle the fourth season and make it available for the international audience. That shouldn’t be difficult… right?  Going by the pattern of past releases, it seems like it takes anywhere between six to ten months for Amazon to subtitle the show and package it for English-speaking audience. So our best guess is that ‘Documental’ Season 4 will premiere anywhere between December, 2019 to April, 2020. We shall update this section with more concrete news as and when we learn more.

While we wait for an update on ‘Documental’ Season 4, here’s the trailer of Season 3. Additionally, you can also head to Amazon Prime if you wish to catch up on all of its previous episodes.