Dodgeball Thunderdome: Everything We Know 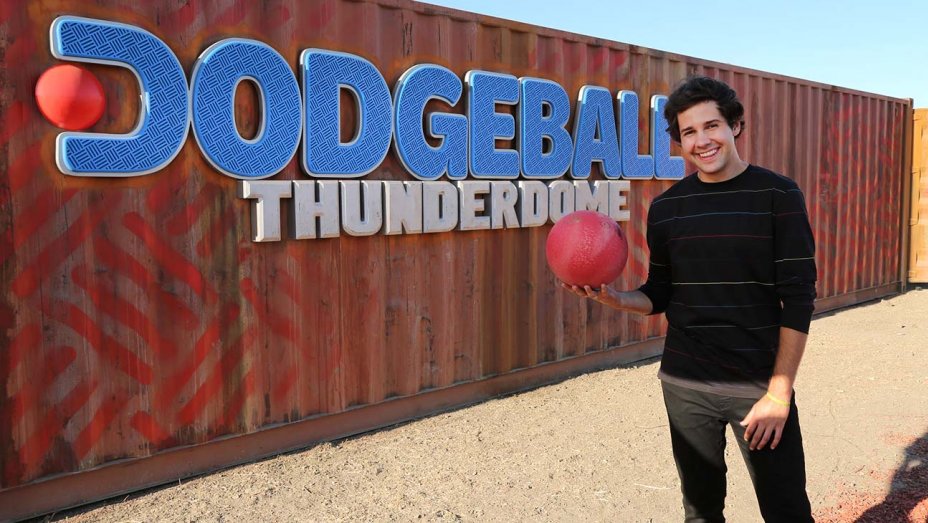 You don’t have to be a pro to excel in dodgeball! Yes, you heard that right. And Discovery’s ‘Dodgeball Thunderdome’ is here to prove just that. This reality competition brings the ultimate gymnasium sport to national television. The epic sporting adventure is held in an all-new arena where everyday people get a chance to become sports heroes. So what is this show about? Who is its host? And when does it hit tv screens? Well, we have you covered!

‘Dodgeball Thunderdome’ season 1 releases on August 19, 2020, at 9 pm ET, only on Discovery. It will consist of nine episodes.

‘Dodgeball Thunderdome’ is hosted by YouTube star David Dobrik. The young social media sensation is known for creating viral content and has also been named the ‘Gen Z’s Jimmy Fallon’ by the Wall Street Journal. David expressed his excitement of appearing in the series in the show’s press release: “I’m super excited to be working with Discovery on Dodgeball Thunderdome. Dodgeball was always everyone’s favorite game in gym class, and hosting this show brings back many sweaty memories of dominating in Vernon Hills.”

David is joined by Erin Lim and Andrew “Hawk” Hawkins as his co-hosts. While NFL alum Hawkins is currently a personality and host with NFL Media, Lim is the host of E!’s ‘The Rundown’ and ‘BingE! Club’ on Snapchat.

What is Dodgeball Thunderdome About?

‘Dodgeball Thunderdome’ is set in a remote, 13.8-acre, specially constructed site, where “winners are not determined simply by their strength and the losers aren’t always picked last” — as outlined by Discovery. In this competition, participants are given the option of participating in tasks where strength is not the only thing that matters. Other vital elements required to win the game include strategy, quick thinking, and determination. Competitors, featured in the episodes, can range from pro athletes to regular people who have never played a sport in their life.

The first season concludes with a special ninth episode that is centered around a tournament of champions. We witness winners from all the previous eight episodes who compete for a $25,000 cash prize. Even the audience is able to enter the contest for a chance to win $5,000 cash in every episode.

Scott Lewers, executive VP multiplatform programming, factual and head of content at Science at Discovery, said in a statement to Hollywood Reporter: “Fun is at the heart of this show, and now more than ever is the time for totally relatable, laugh-out-loud viewing experiences for the entire family. The competition is hilariously driven by Dobrik’s infectious energy, Lim’s strong on-camera presentation, and Hawkins’ expert play-by-play skills.”