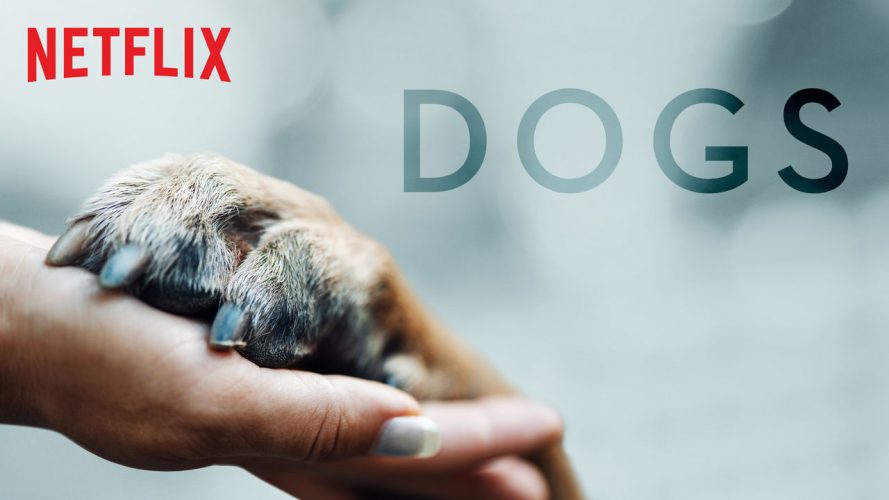 Dogs is the brainchild of creative documentary producer Glen Zipper and the versatile Amy Berg, whose previous work has included directing the Oscar-winning documentary “Deliver Us from Evil.” No prizes for guessing that Dogs, as is obvious, is through and through a series about dogs. The series is devoted to researching the thesis that dogs are great and we all should care to spend more time appreciating what they do for us. So basically, it’s the least offensive, the most crowd-pleasing show that could ever be made. Dogs will show you how every individual is connected to their pets in one way or the other. Anybody who has ever wasted hours staring at a fluffy dog’s pictures on Instagram or used the term “Cutie Patootie” or “Aww so cute” must watch Dogs.

Amy Berg has directed some parts of the series, along with an impressive set of filmmakers – Roger Ross Williams (“Life,” and “Animated”), Heidi Ewing (“Jesus Camp”), T.J. Martin and Daniel Lindsay (“Undefeated”), and Richard Hankin (“The Jinx”) who are also behind the camera for a number of episodes.

Netflix appears to have specialized in pet based documentaries like “Dogs,” and for these people to take comfort in, we have a series purely based on dogs. The show actively works to cheer the audience up and make us feel a little amazing about the relation between human and pets.

Docuseries are fundamentally based on real-life stories, captured and represented uniquely. Dogs is no different. Dogs is a documentary with real people — and of course real dogs. Thus all of the cast consists of real-life dog owners.

Dogs Plot: What is it about?

Each episode of this series shows a story that is true about the relationship between people and the dogs in their life. The show’s focus ranges from war zones, to children and families in need, and ways in which dogs can help make life easier for those who have disabilities. From Syria to Japan, the show crosses boundaries to tell stories about dogs that changed people’s lives.

In the first episode, viewers meet an 11-year-old girl, Corrine, who suffers from seizures. Her life changes completely when she meets Rory, a dog trained to detect and heal seizures.

In the second episode, we meet a guy named Ayham, a Syrian refugee who’s managed to flee and settle in Germany. Ayham had to leave his dog, Zeus behind, which is absolutely heartbreaking.  Ayham’s friends back home continue to look after Zeus for him carefully. Eventually, there is the happy ending where Zeus and Ayham are reunited after many years.

In the third episode, Alessandro, a fisherman in a small town who primarily works in the tourist season is joined by his partner, Ice: a Labrador as they prepare for fishing at Lake Como.

In the fourth episode, we are taken to Japan to look at people’s relationships with dogs there. Here, pups are often dressed and groomed to match their owners. It is an art form. We also see renowned dog groomers compete in the most significant competition.

In the fifth episode, Territorio de Zeguates visits a rainforest that is home to thousands of dogs who are saved from living on the streets. The episode chronicles the company’s struggle to sustain supporting such a large number of dogs.

In the sixth episode, we see that there are more dogs in New York than there are human in Cleveland. These dogs are basically rescued dogs. This episode throws light on the adoption scenario in the New York City ecosystem.

The series proves that dogs are an integral part of our lives irrespective of our geographical, social, political or financial background. The close-up shots of the dogs with their human friends are absolutely heart-melting. Show’s touching storytelling certainly impressed critics who appreciated and lauded the efforts of the creators.

Dogs Season 2 Release Date: When will it premiere?

“We are so excited that our pack is back for Season 2 of Dogs! From the beginning we have said that the joy shown in Dogs helps bring people together and that same feeling will translate more than ever in season 2,” said executive producers Glen Zipper and Amy Berg. “Dogs offers us the ability to explore some of the most important human stories through relationships with our best friends and it’s been amazing to see how much these episodes have touched audiences and critics across the globe. Most importantly, our fans have become part of our extended family and we are honored to bring them a fresh set of stories that will allow us to connect with them yet again.”

Even though no release date was announced, our best guess is that Dogs season 2 will come out sometime in November, 2019. We will update this section as soon as we learn more.

While we wait for Dogs season 2, check out the season 1 trailer to refresh your memories. If you haven’t seen the show yet head over to Netflix to catch all the episodes of the previous season.