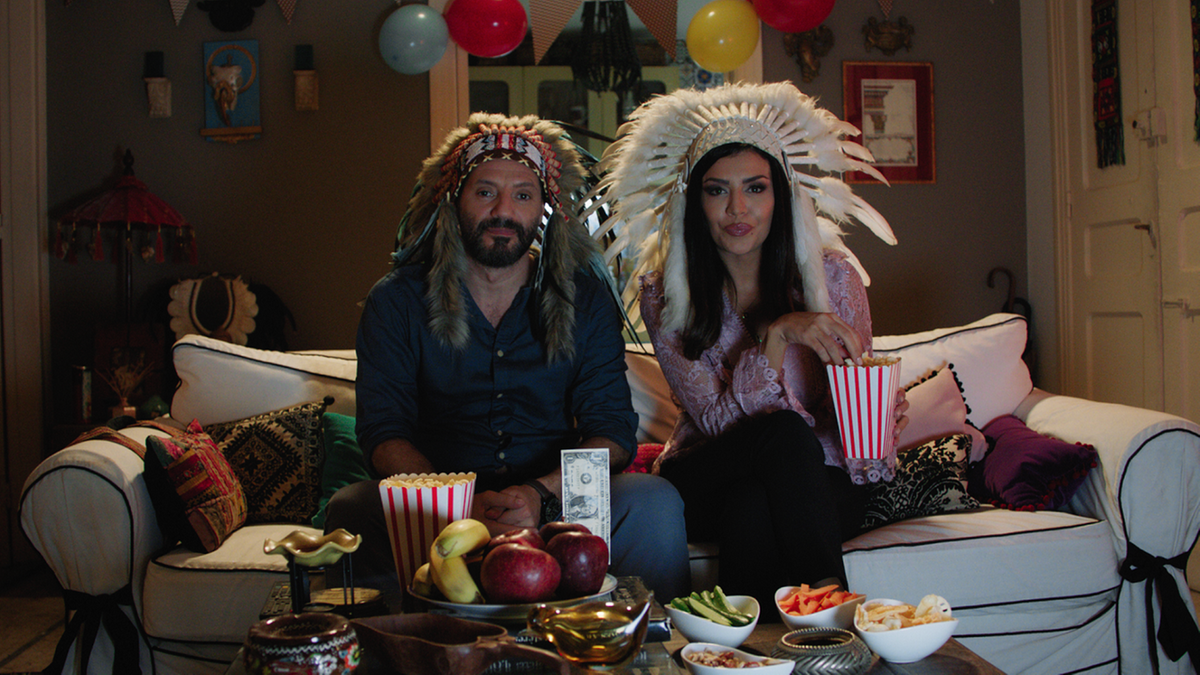 As Netflix expands its reach in the international market, language is no longer a barrier to keep good TV shows to be limited to just one part of the world. The success of series like ‘Narcos’ and, most recently, ‘Money Heist‘, which just set a new record for foreign language Netflix originals, shows that the audience seems more focused on the story rather than the tongue in which it is told. The streaming service continues to deliver on that front and the Arabic-language series, ‘Dollar’, is one such example.

Written by Hisham Hilal, the show is directed by the well-known Syrian director, Samer Berkawi, who is also known for his work in ‘Al Hayba’ and ‘Half Day’. The show is produced by Beirut’s Cedars Art Production and follows the story of two people who engage in a race to locate a one-dollar bill that can change their lives.

Dollar Cast: Who’s in it?

Since Netflix is still new to the Arabian market, it was expected for it rely on well-known names to pull off the tense roles offered in the form of the protagonists of ‘Dollar’. One of the lead characters is Tarek, a marketing executive who comes up with a million-dollar idea for his bank, but gets embroiled in its chase due to personal reasons. This role is played by Lebanese comedian, Adel Karam. Netflix users are already familiar with him after his stand-up special, ‘Adel Karam: Live from Beirut’. Karam is also a recognisable face to Oscar buffs, who have seen ‘The Insult’ which was nominated in the Best Foreign Language Film category in the 90th Academy Awards. Despite known better for his comedy style, the actor is set to tackle some tense moments in ‘Dollar’.

Starring alongside him is Algerian/Lebanese actress, Amal Bouchoucha. She plays the role of Tarek’s competitor, Zeina. She is a head-strong and driven woman who will stop at nothing to get what she wants. Despite them pitted against each other, we see a stronger connection forming between them. Bouchoucha is a household name back home. She first rose to fame after becoming a participant in a popular singing competition. She has also worked as a TV presenter and has been a part of TV shows like ‘Abo Omar El-Masry’ and ‘El Araab’

Both Amal and Adel are expected to return for season 2.

Dollar Plot: What’s It About?

Marketing is a very difficult job and no one knows that better than Tarek. The opening date of a new bank is right around the corner, and he has been asked to come up with an idea that will lure customers to them. Banking is already a highly competitive market, so if the new players in town really want to break solid ground for their business, they need to get very creative about it. The CEO goes as far as to ask the creative team to come up with a two-word slogan or catchphrase that would invite people towards them. Tarek proposes a unique plan that is sure to work wonders for them.

The idea is to circulate a certain one-dollar bill in the market. As it passes from one hand to another, the people will have a chance to match its serial number. The one who gets it will receive prize money of a million dollars from the bank. It is like the idea of sending out a lottery ticket, but with a twist. You should be able to identify the ticket.

When the CFO, Zeina, comes to know about it, she decides to track down the bill and get the money for herself. Meanwhile, she also discovers that Tarek is doing the same thing. There is a chemistry between them and they seem to really like each other, but when it comes to becoming a millionaire, it is each man for himself. As the story progresses, the audiences discover that money is not the only factor motivating the protagonists to embark on a chase that leads them down a dangerous path. Tarek’s true motive behind pitching the idea in the first place comes to light, and Zeina comes face to face with problems of her own. Amidst all this chaos, they forget that they are not the only ones looking for the dollar bill. Unlike the duo, the others involved in the chase are ready to hurt someone, if that’s what it takes.

The show ends on a funny note. SPILER ALERT. To the surprise of both, Zeina and Tarek, the winner of $1 million is someone they never expected. Now what seems like an end to a long adventure-filled story could just be the beginning. Season 2 might follow Zeina and Tarek on a completely different wild goose chase story.

Dollar Season 2 Release Date: When Will It Premiere?

‘Dollar’ Season 1 premiered on August 8, 2019 on Netflix, with a total of fifteen episodes. Arabic paranormal drama, ‘Jinn’, has already been a huge success for Netflix. ‘Dollar’ followed its footsteps to impresses audiences with an unique story and a peek into a very different culture.

Even though there hasn’t been any announcements made on season 2,  the director of the show, Samer Berkawi, shared his views on collaboration with Netflix. “I’m confident that the show will appeal to Netflix’s audiences worldwide,” he said. “This project is an exciting one, bringing together themes of suspense and drama that showcase Amal Bouchoucha’s onscreen talents, as well as Adel Karam’s versatility beyond the comedy that he is known and loved for.”

We are almost certain that the show will get renewed for another season. There are plenty of directions the story can take in the next season. What works in the favor of the show is the presence of two strong and funny central characters. That’s all the showrunners may need to continue the show for a few more seasons. We expect Dollar season 2 to premiere sometime in August, 2020. We will keep you posted as and when we learn more.

While we wait for an update on ‘Dollar’ Season 2, check out the season 1 trailer below. If you haven’t seen the show yet head over to Netflix to catch all the previous episodes.