DOM Season 2: Everything We Know 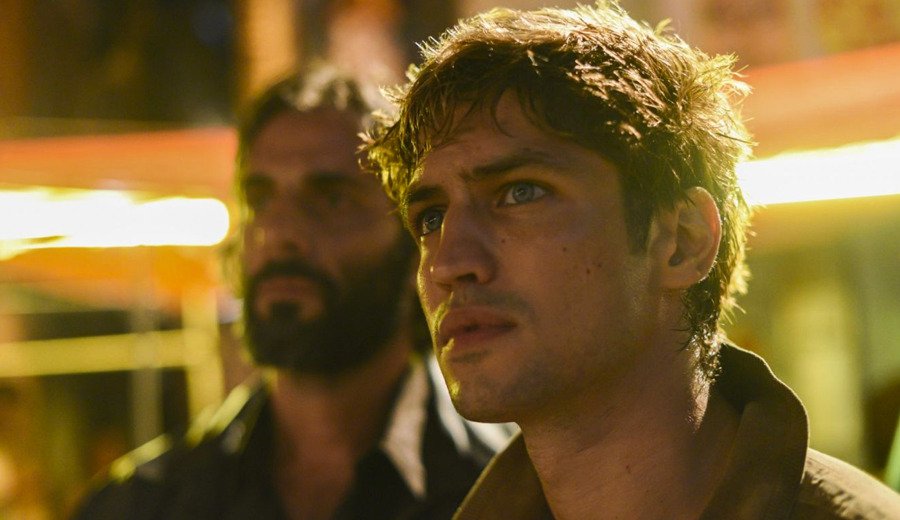 ‘Dom,’ also stylized as ‘DOM,’ is the first scripted original series from Brazil on Amazon Prime Video. The crime-drama series follows Pedro Dom and his father Victor, who find themselves on opposing sides of the narcotraffic war. While Victor is a dedicated police officer, Pedro struggles with addiction and becomes one of the most wanted criminals in the country. Created by Breno Silveira, the show first premiered in June 2021.

The series has gained a lot of traction from international audiences, especially since it is inspired by true events. While the real Pedro was mainly known for his crimes, the series offers a human angle to his life’s story. The action-packed series has also been praised for its direction and sensitive storytelling. So, after binging the first season, are you looking forward to a season 2? Here is everything you need to know!

‘DOM’ season 1 released on June 4, 2021, on Amazon Prime Video, with all eight episodes landing at once. The episodes in the first season have a runtime of 50-63 minutes each.

With regard to the second season, here is what we know. Amazon is yet to make an official announcement confirming whether the show will continue beyond the first installment or not. However, the series has a promising future as it has been translated to more than 30 languages and is streaming in at least 200 countries. Malu Miranda, the Head of Original Content of Amazon Studios in Brazil, has highly praised the show. She also shared that the voice actors in France and Spain enjoyed the series so much that they have become big fans of the cast members. According to her, this is an indicator that the drama will be a huge success.

In several interviews, the creator and showrunner Silveira has shown confidence in the storyline of the series. He recalled how touched he was when he first heard the real-life Victor share his experiences. The way Victor spoke about his son blew Silveira’s mind as he had never seen Pedro in that light. It is important to note that the crime drama is not an exact depiction of real-life events since parts of it have been fictionalized. This gives hope for a new season as the writers have the liberty to shape the drama how they want.

The first season wrapped up production in May 2020, which was the first day of the partial lockdown in Rio de Janeiro due to the COVID-19 outbreak. The filming for season 1 was an extensive process involving about 170 locations since none of the scenes were shot inside a studio. This means that if Amazon orders another season, we might have to wait a while. Therefore, we can expect ‘DOM’ season 2 to release sometime in the latter half of 2022 or early 2023.

If the show returns with the second round, we can expect most of the major players to reprise their roles. This means we might see Gabriel Leone (Pedro Dom), Flávio Tolezani (Victor Dantas), and Filipe Bragança (young Victor) once again. Others who might return are Raquel Villar (Jasmin), Isabella Santoni (Viviane), Mariana Cerrone (Laura), Laila Garin (Marisa), and Digão Ribeiro (Ármario). We might also see Guilherme Garcia and Marc Szwarcwald portraying younger versions of Pedro at different points in time. In addition, if new characters are introduced in the second season, new cast members might join the production.

DOM Season 2 Plot: What can it be About?

The first season depicts events taking place across four decades from the 1970s to the 2000s. In the first season, we see that Pedro is introduced to cocaine at a very young age, after which he struggles with addiction. Even though he does multiple stints at rehabilitation centers, he eventually falls back into the world of crime and drugs. Parallelly, we see Victor’s journey and how he becomes a cop. Throughout, Victor tries to save his son from falling deeper into the abyss but realizes that Pedro has already chosen his path.

The season ends with Pedro doing the vanishing act once again as the headlines in the newspapers read that he has kidnapped a rich girl. Just as Pedro is riding his bike through a tunnel, he is blocked by the police. He throws a grenade at them, and the final episode ends on that ambiguous note.

In real life, soon after this incident, Pedro got shot in the chest inside a building of a posh neighborhood. This was only a few days before his twenty-fourth birthday. Since portions of the show are fictionalized, we might learn what misadventures lie ahead for Pedro Dom if there is a second season. Moreover, in the season 1 finale, Jasmin reveals to Victor that she is pregnant. So, we might also find out if Victor manages to share the news with Pedro, considering he will first have to find out where his son is.