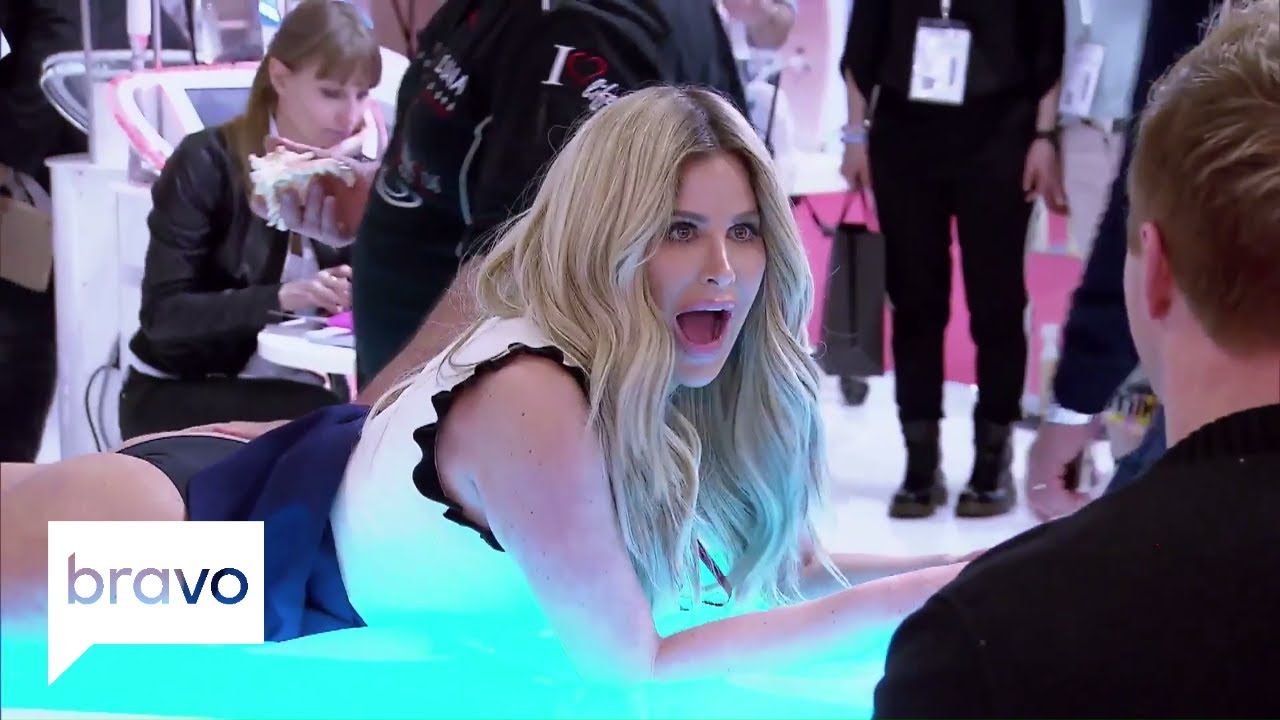 Bravo TV has never failed to entertain its audience with its dramatic reality shows. The Don’t Be Tardy show, initially known as Don’t Be Tardy for the Wedding, is one such treat from the channel that first premiered on 26 April 2012 on Bravo TV. The series revolves around the personal and professional life of Kim Zolciak Biermann who is in her 40s and is a mother to her six kids. This is the first spin-off series of The Real Housewives of Atlanta which Kim quit after featuring in 10 seasons. With her own reality series, also featuring her husband and kids, she is out to win the hearts of the audience once again. True Entertainment serves as the main production company of the reality series.

Don’t Be Tardy Cast: Who is in it?

Kimberleigh Marie Zolciak Biermann is the lead of the show around whom the reality tv series revolves. Also known as Kim, she is a famous American television personality. She came to limelight after appearing in The Real Housewives of Atlanta aired on Bravo. She resides in Johns Creek, Georgia, the U.S. with her family. She is also a talented singer. In 2015, she appeared as a contestant of Dancing with the Stars season 21. She has two daughters named Ariana and Brielle from her past relationship with ex-husband Daniel Toce. In 2010, she met Kroy Biermann who is a football player in Atlanta Falcons and in 2011, they got married in Georgia. Now, the couple has four kids together named Kroy Jagger “KJ”, twins Kaia Rose and Kane Ren and KashKade.

Kroy Evan Biermann is a former football player of Atlanta Falcons and Buffalo Bills. Today, he is happily married to Kim Zolciak. He was raised in Hardin, Montana, U.S and has completed his education in Hardin (MT). He was also the participant of Dancing Stars Of Atlanta where he ]met Kim for the first time. He has also appeared in few episodes of The Real Housewives of Atlanta season 3. They had their first son Kroy Jagger on 31st May 2011.

Don’t Be Tardy Plot: What is it about?

The reality show centres around Kim Zolciak Biermann, a former member of RHOA, who is a housewife and a mother to 6 children. Things seem to have changed drastically since she got married and had kids. Their family has grown bigger, and Kim is the leader of the pack. The family returns every year with a new concept and portrays their lives that are busier than ever. Her kids Kane, Kaia, Kash and KJ have grown up to be strong personalities whose daily-life drama forms the meat of the show. Her 21-year-old daughter Brielle decides to move out of her parents’ home. She is suffering from an emotional breakdown after having broken up with her boyfriend. Kim’s daughter Ariana introduces her first boyfriend to her family. Kroy decides to go into a full-time father mode as Kim starts recording a new song in the studio to further her music career. Kim ventures into a coffee business as well with professional assistance from Chef Tracey. She is seen reminiscing her journey which started from The Real Housewives of Atlanta quite often. The family is always ready to accept new challenges and with each issue they face, they come out stronger.

Before the release of season 7, Kim enjoyed a low-key vacation with her family where they spent most of their time lazying around their house. “I’ve had the most incredible week, ”Kim posted on her Instagram, “I’ve stayed in my pj’s, barely showered, often stayed in the bed with my hubby and kids til early afternoon watching movies, ate really good food, baked cookies, cranked up the Christmas music, laughed so hard my stomach hurt (my family is hilarious) fell more in love with my husband, cherished every minute with my kids all being home, decided I’m going to learn to say NO! a lot more in 2019, barely checked my phone, drank Egg Nog TIL I couldn’t have another glass.”

Don’t Be Tardy Season 8 Release Date: When will it premiere?

Kim Zolciak’s spin-off had been under the sword of a potential cancellation for quite a few months prior to the release of season 7, during which Kim had also stopped filming it due to a controversy that broke out when the three-part RHOA reunion special was aired as part of season 10. Zolciak had stated in an interview that racism hadn’t existed in the past and the comment didn’t go down well with viewers who were hell-bent on having her show removed from Bravo TV’s line-up. It may or may not have led her to quit RHOA although she did express her disappointment in an interview about being painted as the villain in the third part of the RHOA reunion.

“I definitely was kind of conflicted about going back to ‘Housewives’,” Zolciak-Biermann said. “I just wasn’t sure, and then I went for it, and then I regretted it, so that was not fun, but other than that all in all it’s been a pretty awesome ride.”

After much deliberation on the subject, Don’t Be Tardy returned to the screens for Season 7 on Feb 17, 2019, but the future of the show is still uncertain. As per sources, the ratings of the previous seasons had not been up to the mark despite a hike in her salary and Kim was eventually asked to amp up the drama on the show. Whatever the case, we will wait for the channel to renew the series and expect season 8 to release by November 2019, as has been the custom with Don’t Be Tardy’s previous releases.

The first look of Don’t Be Tardy Season 7 is available on YouTube. We will add the season 8 trailer here as it is revealed post renewal.