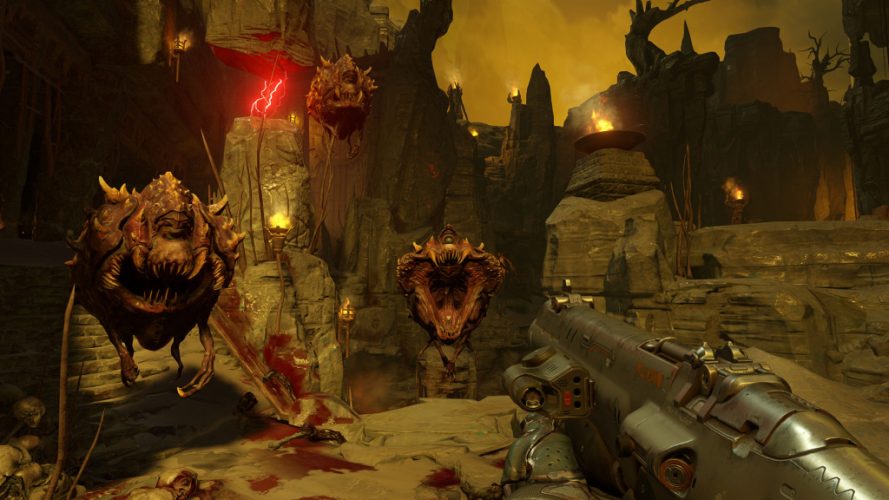 Doom Patrol is the latest treat for fans of DC comics. It centres around a team of superheroes who, having faced some tragic incidents in their pasts, find new meaning in their lives as they come under Dr Niles Caulder’s (their leader and mentor) wing. The show first released on 15 February 2019 on DC Universe and concluded on May 24, 2019.

Doom Patrol is a spin-off of Titans which stars famous actors Matt Bomer, Brendan Fraser and April Bowlby in the lead, reprising their roles from Titans. This sci-fi adventure series is based on the comic of the same name created by Arnold Drake, Bruno Premiani and Bob Haney. Jeremy Carver Productions and Warner Bros. Television serve as the main production companies of the program. The series was filmed in various locations including Lawrenceville, Olde Town Conyers and Briarcliff Mansion in Georgia.

“Once you accept the fact that they’re not your typical superheroes and they are folks who see what’s special about them as a curse, you begin to see the possibilities for emotional development,” series showrunner Jeremy Carver told Business Insider.

Doom Patrol Cast: Who is in it?

Crazy Jane: Kay / Crazy Jane is played by Diane Guerrero. She is a member of the Doom Patrol who has a unique ability much diverse in nature as compared to the rest of the characters. She has 64 different personalities where each personality has rare superhuman powers.

Elastic Woman: The role of Elastic Woman / Rita Farr is portrayed by April Bowlby. She is one of the lead characters of the series. She is a former actress who joins the Doom Patrol team after acquiring stranger powers. She was exposed to a toxic liquid which gave her the power to shrink, stretch and grow.

Cyborg: He is half superhero and half machine. He is one of the famous characters in DC Comics. Joivan Wade plays Victor “Vic” Stone / Cyborg in the series.

Mr Nobody: Eric Morden /Mr Nobody is played by Alan Tudyk in the series. He was a part of an experiment in the ex-Nazis led post-war in Paraguay. The experiment gave birth to a new superhero who can drain the sanity of others. He is known as the living shadow in the team.

Negative Man: Larry Trainor / Negative Man is played by Matthew Zuk and Matt Bome (Magic Mike and White Collar). Negative Man is a part of the Doom Patrol. The character is voiced by Matt Bomer whereas Matthew Xuk physically portrays the role of Negative Man. This superhero is a former pilot who crashed into negative energy. So, this is where his name comes from. He is seen wrapped in bandages from head to toe in the series.

Robotman: He and his original identity of Clifford “Cliff” Steele are played by Brendan Fraser and Riley Shanahan. He is one of the members of the Doom Patrol. Riley Shanahan portrays the character of Robotman physically whereas the voice over is done by Brendan Fraser. He acquires his superpowers from a terrible accident which almost had him killed. He is a former NASCAR racer whose brain was transplanted into a robotic body following the accident.

Chief: The leader: The character of Chief and Dr Niles Caulder is played by Timothy Dalton. He is the leader of the Doom Patrol who has united all the superheroes. He plays an integral role in the series. He is a well-known doctor who has mastered in medical science. He specializes in locating those who are in need of a miracle or are hanging on the edge of death.

Doom Patrol Plot: What is it about?

The story revolves around superheroes Cliff Steele / Robotman, Larry Trainor / Negative Man, Rita Farr / Elastic-Girl and Victor Stone / Cyborg who have all had horrifying experiences in their pasts that left them disfigured and scarred for a lifetime. But it also gave them the one thing we all want the most, superhuman abilities! These misfits (dubbed World’s Strangest Heroes) are brought together by Dr Niles Caulder / The Chief, who is an “idealistic mad scientist.”

As the series progresses, they find Dr Niles’ to go missing and the only clue in sight is a donkey. It is later revealed that The Chief is abducted by a supernatural super-villain called Mr Nobody. The Doom Patrol heads for Paraguay where a meeting with the Nazi doctor responsible for creating Mr Nobody points to a connection between the Chief and his kidnapper. The team bands together to find their leader, but on their journey, they encounter some of the darkest corners of the DC Universe. The story of the characters is showcased brilliantly by the creators and the special effects are applaudable.

Doom Patrol Season 2 Release Date: When will it premiere?

Doom Patrol season 1 premiered on February 15, 2019 on DC Universe and ended on May 24, 2019. The good news for the fans is that the show has already been renewed for season 2. Showrunners of Doom Patrol have enough content from DC comics to renew three to four seasons of Doom Patrol. It has all the ingredients to become a long-standing show for the channel. Production will begin in mid-2019 and we can expect a Doom Patrol season 2 release date to be set for sometime in early 2020. In fact, Season 2 will stream on DC Universe and HBO Max, the upcoming WarnerMedia streaming service

This is not the first series created that is inspired by the DC Universe. Other programs like Flash, Supergirl, Legends of Tomorrow and Titans are also successful shows running on their respective channels.

If you love comic boos, then make sure to subscribe to the premium streaming service, DC Universe and watch all the episodes.