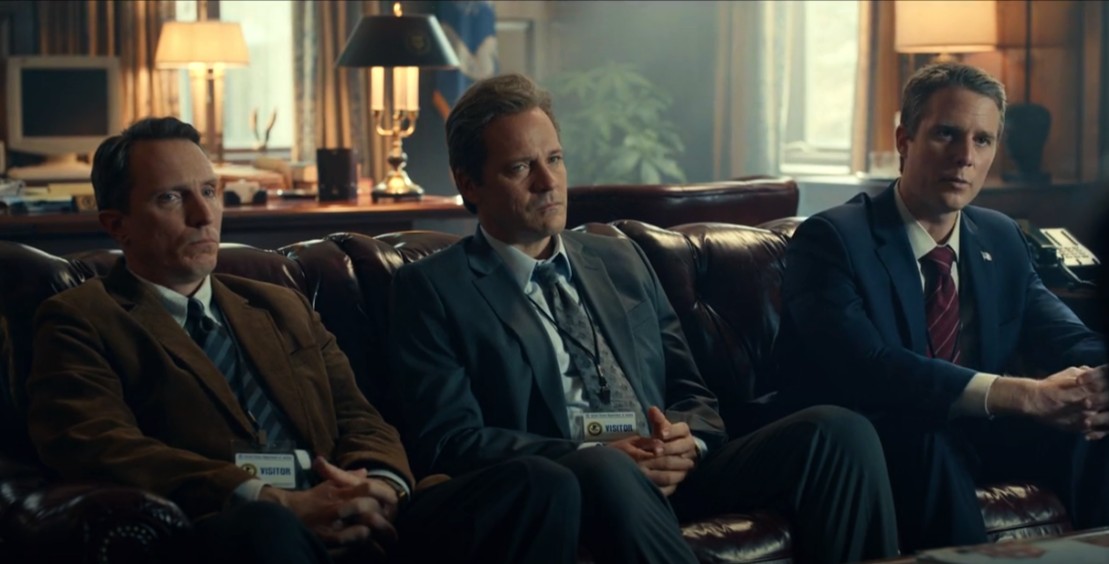 Created by Danny Strong, ‘Dopesick‘ is a drama series that tells the story of a pharmaceutical company’s role in triggering America’s opioid crisis. It is based on Beth Macy’s novel ‘Dopesick: Dealers, Doctors and the Drug Company that Addicted America.’ The series has received positive reviews as it crafts a compelling narrative by carefully blending real and fictional events.

Thus, the show brings to light a vast number of details and unheard stories about the opioid epidemic. It was appreciated by critics for its handling of sensitive subject material and the cast’s performances. If you watched the show’s first season, you must be curious to find out whether the show will return to our screens in the future with another installment covering new ground on the opioid crisis. In that case, here’s everything we know about the prospects of ‘Dopesick’ season 2!

‘Dopesick’ season 1 premiered on October 13, 2021, on Hulu, with the season finale landing on November 17, 2021. The debut season contains eight episodes with a runtime of 57–63 minutes each.

As far as a second season is concerned, Hulu is yet to renew the series. Furthermore, in a recent conversation in November 2021, creator Danny Strong did not rule out the possibility of continuing the show. At the same time, Strong cautioned fan interest by revealing that no official conversations about a sophomore season have taken place yet.

Therefore, the hopes of a second installment materializing hinge on the first season’s popularity. If the series exceeds the streamer’s viewership expectations, a second season could be greenlit. However, taking into consideration that the drama series is based on a non-fiction novel and tells a close-ended story, fans shouldn’t get their hopes too high. After all, it is currently billed as a miniseries.

But if a second season is indeed greenlit in the coming months, it could take a while for Strong’s team to research actual events and craft another fascinating storyline. Therefore, if given the go-ahead by 2022, ‘Dopesick’ season 2 could release sometime in 2023.

Dopesick Season 2 Cast: Who can be in it?

For the potential follow-up season, Keaton, Stuhlbarg, Sarsgaard, and Hoogenakker are likely to return. The other cast members could also reprise their roles depending upon the storyline. Dever almost certainly won’t be returning given her character’s tragic demise in the first season. However, if the show returns for another round, the makers may opt to start the new season with a clean slate by turning to a completely new cast.

Dopesick Season 2 Plot: What can it be About?

‘Dopesick’ season 1 starts with Richard Sackler’s conceptualization of the opioid-based drug, OxyContin. It covers the span of nearly a decade, from the drug’s introduction in the market to the eventual lawsuit against Purdue Pharma. In the end, Mountcastle and Ramseyer succeed in bringing the truth about OxyContin’s misbranding and Purdue Pharma’s misdoings to light. It results in widespread negative media attention and significant fines for Purdue.

Should the second installment materialize, it could focus on the other pharmaceutical companies that also contributed to the opioid crisis. In the season 1 finale, Mountcastle and Ramseyer prepare to take on a case involving another pharma company, and their new investigation could be the focus of the follow-up season. Strong has expressed an interest in covering the post-2007 events related to the opioid crisis in a potential second season.