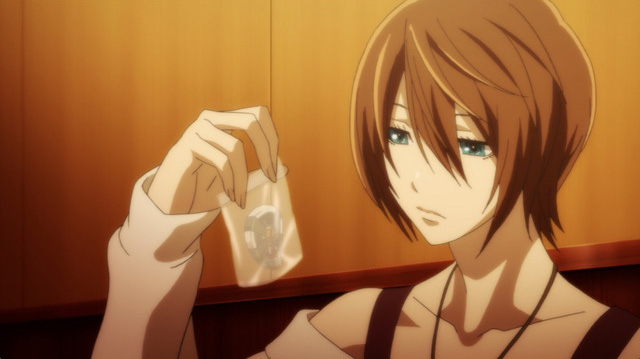 Years later, in 2018, anime studios TNK and Zero-G jointly announced plans to adapt the series into an anime television series, and Season 1 of Doreiku The Animation made its way to viewers’ screens on April 13, 2018. While it wasn’t considered to be a great anime show, it managed to impress fans of the franchise and since then, fans have been eagerly waiting to hear news on a second season. Here’s everything we know about the prospects of Season 2 thus far.

Doreiku The Animation Season 2 Release Date: When will it premiere?

Doreiku season 1, consisting of 12 episodes, premiered on April 13, 2018 and ran till June 29 of the same year. However, in spite of the show’s popularity among fans of the franchise, a second season has not been announced yet.

That being said, there’s no reason to get worried just yet if you’re looking forward to a second season. Anime shows are typically renewed within a period of five years and hence, there’s plenty of time left for a renewal to be announced. Further, Season 1 only adapted a few chapters of the 45-chapter manga series hence there’s no dearth of source material for a second season.

Additionally, the fact that the manga series itself has a sequel titled Daidorei-ku: Kimi to 1-oku 3-zenman no Dorei could hint at many more seasons to come if the anime show manages to achieve satisfactory levels of commercial success. However, the anime industry is an unpredictable one and nothing can be said for certain about the fate of the show till the companies involved in its production make an official announcement on its future. We’re keeping our ears open for news on Doreiku season 2 release date and we’ll update this section as soon as we hear something reliable.

You can watch ‘Doreiku The Animation’ on HiDive and Netflix with its original Japanese audio and English subtitles.

The premise of the show is a rather intriguing one and it primarily follows two characters – Eiya Arakawa and Yuuga Oota.

The show starts off when Eiya comes to know that her best friend’s boyfriend, Yuuga, has dumped her for a man. Unable to make sense of what is going on, Eiya thus decides to meet Yuuga for herself and find out.

When Eiya meets Yuuga at a cafe, Yuuga agrees to answer all her questions if she can correctly ascertain the power dynamics of a couple sitting at a nearby table. Blessed with tremendous intuition and intellect, Eiya succeeds at her first try, leaving Yuuga genuinely impressed. Subsequently, Yuuga invites Eiya to attend a private party, where he introduces her to something known as the Slave Control Method (SCM), which turns out to be a retainer-like device which can turn people into obedient slaves.

When two SCM users enter a duel, the device exerts a powerful influence on their brains, and the loser in the duel turns into the winner’s slave. Eager to try out the device for himself, Yuuga manages to convince Eiya to be his insurance policy in case he loses and becomes enslaved. Although reluctant at first, Eiya obliges him out of sheer curiosity and the desire to spice up her life with some action. However, things take a sinister turn when Eiya finds out that a mysterious organization is amassing slaves, and she soon finds herself caught in a dangerous game which could cost her life.

Although Doreiku The Animation has a long list of characters, there are only a few characters who are central to the plot of the show. Below, we’ve provided you with brief backgrounds on the important characters.

Eiya Arakawa: One of the two main protagonists of the show, Eiya is a street-smart, tomboyish girl who is not afraid to speak her mind, especially when the welfare of her friends is concerned. Blessed with extraordinary intellect and intuition, Eiya is not afraid of taking risks and is adept where mind games are concerned. Most of the time, Eiya can be found to be accompanied by her dog, Zushioumaru. However, what she doesn’t know about Zushioumaru is the fact that he was the subject of an experiment by Dr. Sumida, who invented the Slave Control Method.

Yuuga Oota: The other main protagonist of the show, Yuuga is a college student and an adrenaline junkie who is always looking for new forms of excitement. Owing to his hustling activities, Yuuga gets caught up in the distribution of SCM devices and soon starts playing the slave trading game. He also gets Eiya involved in his nefarious schemes, but this proves to be beneficial for him owing to Eiya’s sharp wits and excellence at mind games. Later in the show, Eiya frees Yuuga from slavery after he loses a duel and becomes a slave himself.

Julia Katsushika: Another important character in the show, Julia is a lonely girl who just wants to be loved. Her constant search for love makes her a submissive and weak person. Later in the show, Julia becomes the slave of another slave trader named Ryouu, but it’s shown that she has feelings for him and would have served him anyway, even without an SCM device.