Doubling Down With the Derricos Episode 4: What’s in Store? 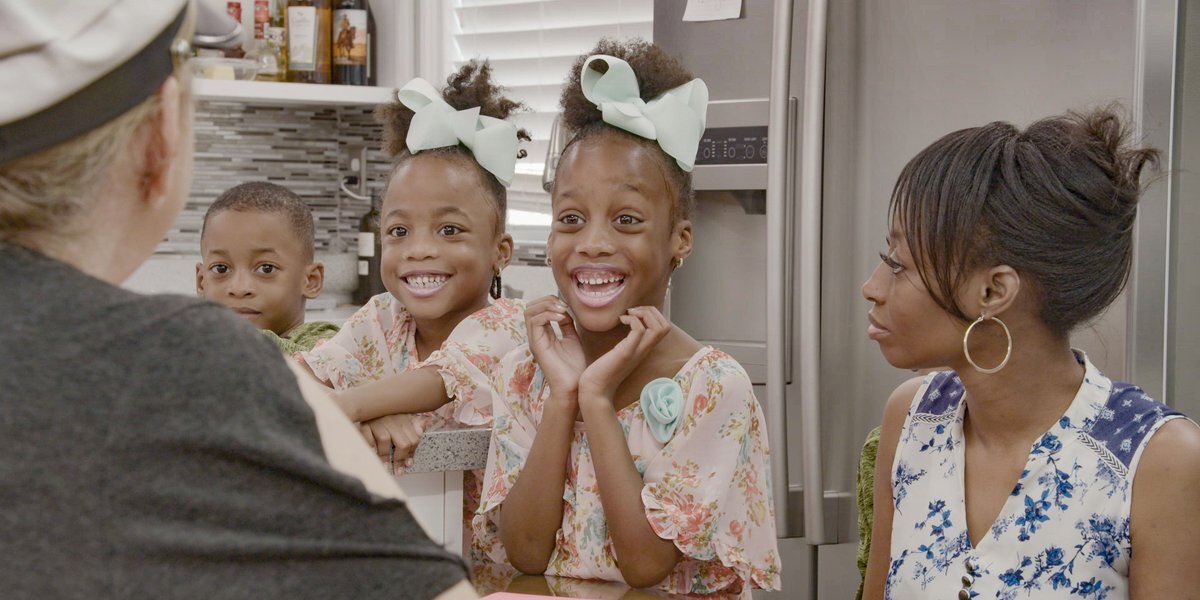 Since its premiere, ‘Doubling Down With the Derricos’ has been producing heartwarming content, courtesy of the adorable little Derricos in the Derrico family. In the latest episode, Karen finally gets home after the delivery, and all the kids express their excitement on seeing their mother after a long time. Karen and Deon try to hold it together, as one of the triplets, Dawsyn, has to undergo heart surgery and they are scared because of what happened with their first set of triplets. Check out the recap section, for more. In case you wish to know what can happen in ‘Doubling Down With the Derricos’ episode 4? We have got you covered.

Doubling Down With the Derricos Episode 4 Release Date

‘Doubling Down With the Derricos’ episode 4 will release on September 1, 2020, at 10 pm ET, on TLC Network. In the upcoming episode, titled ‘Home for the Holidays?,’ we can expect the family to pray for the safety of Awesome Dawsyn, as a Christmas gift from God. They might sit together and pray that the three kids – Dawsyn, De’Aren, and Dyver – get healthy enough to leave the hospital and join the rest of the family at home. And thankfully, it might come true but not without a greater challenge for which they might not even be prepared.

Where to Watch Doubling Down With the Derricos Episode 4 Online?

You can watch ‘Doubling Down With the Derricos’ episode 4 by tuning to TLC at the above-mentioned time. You can also catch the show on TLC’s official website and the TLC app. If you don’t have a cable subscription, you can watch the show on Sling TV, Direct TV, and Fubo TV. ‘Doubling Down With the Derricos’ is also available as a VOD service on YouTube TV. You can stream the episodes on Philo TV.

Doubling Down With the Derricos Episode 3 Recap:

The episode is titled ‘Triple Jeopardy.’

In the episode, Karen gets ready to go home and meet the kids. It’s been a week since she delivered her triplets but Karen feels tired, exhausted and her feet are swollen. Deon reaches the hospital to take his wife home but because of her swollen feet, Karen has to use a wheel-chair. Both the parents are anxious and scared for baby Dawsyn, who has to undergo a surgery to treat the hole in her heart. Karen wishes it all goes well and they can take all the three babies – Dawsyn, De’Aren, and Dyver – home. Back at home, Karen gets overwhelmed upon seeing her kids after six weeks.

They dedicate a song to their mother to show that they missed her and are happy to have her back. Deon, Karen, and the kids head to the hospital for the baby shower of the triplets. Karen thanks the nurses and the hospital staff for their support and care during the final weeks of her pregnancy. Karen and Deon see their triplets and talk about how heartbreaking the situation is, as it reminds them of the tragic time they lost one of their babies, Carter.

Despite being terrified, Karen and Deon are sure Dawsyn is going to pull through and unite with his brothers and sisters soon. Deon’s mother has been living at the Derrico household for a while to help with the kids but since she had to go back to her place, Deon suggests they get a nanny, much to Karen’s chagrin. While Karen is busy nursing the babies and getting her energy back, Deon is taking care of the kids, back at home.

Read More: How Much Money Do the Derricos Earn?