What to Expect From Doubling Down with the Derricos Season 2 Episode 1? 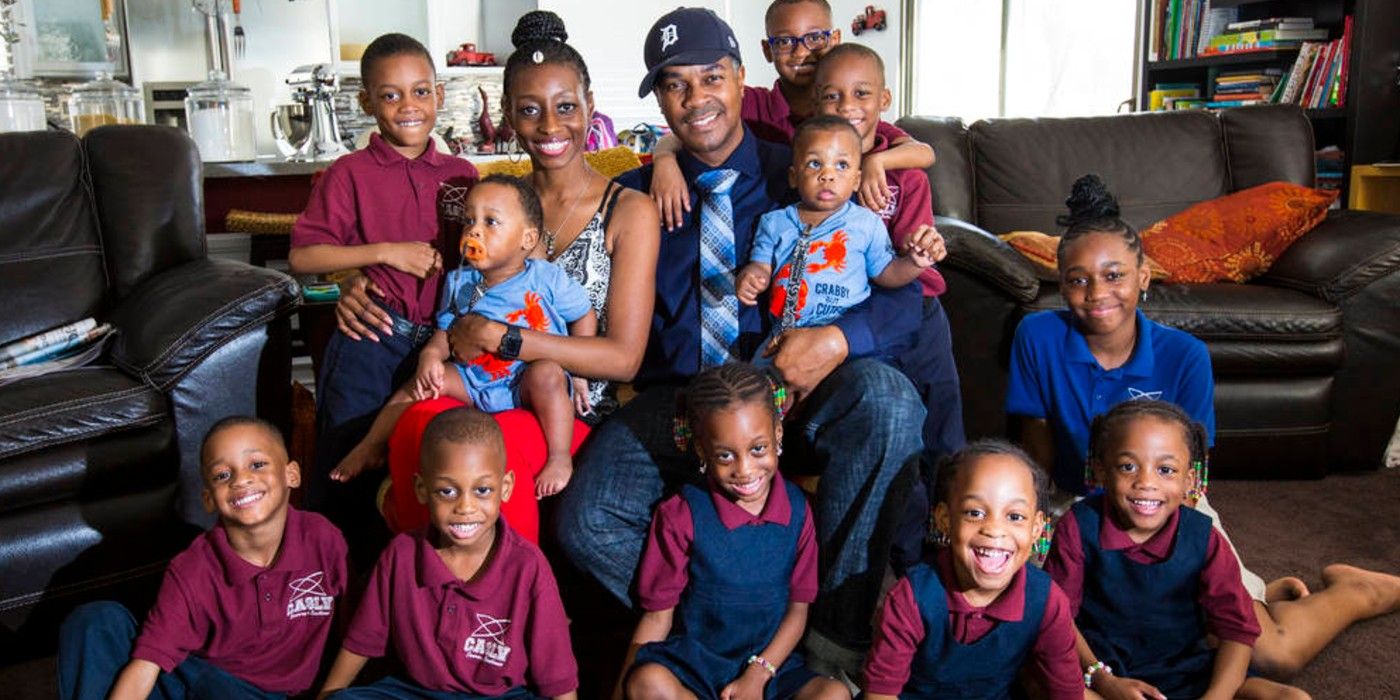 ‘Doubling Down with the Derricos’ is returning with its second season, and the fans can’t wait to learn what the titular family has been up to. Karen and Deon are parents to 14 biological children, all of whom have been conceived naturally. What is unique about the family is that they have multiple sets of multiples, such as twins, triplets, and quintuplets, all of whom were conceived naturally. Apart from their biological kids, the couple also has an older adopted son, who has distanced himself from the family and does not feature in the show. As you gear up for the second season, be prepared for many happy and some not-so-happy developments in the lives of the Derricos. Here are all the details you will need before the second season’s premiere episode hits your screens!

Doubling Down with the Derricos Season 2 Episode 1 Release Date

‘Doubling Down with the Derricos’ season 2 episode 1 will land on June 1, 2021, at 10 pm ET on TLC. You can block your Tuesday nights since new episodes will release every week.

Where to Watch Doubling Down with the Derricos Season 2 Episode 1?

You can watch the second season’s premiere by tuning in to TLC at the aforementioned date and time. The episode will also be available on TLC’s official website and the TLC app. Those who have cut the cord can watch the season 2 premiere on DirecTV, Fubo TV, Sling TV, and Philo TV. You can also watch the episode on YouTube TV.

Doubling Down with the Derricos Season 2 Episode 1 Spoilers

The first episode of the season is titled ‘Derrico Inferno.’ Even though COVID-19 disrupted everyone’s plans, the Derricos will not pass up an opportunity to celebrate Halloween. Ensuring everyone’s safety, the family will carry out a fun dance-off called ‘Disco with the Derricos.’

In other news, Deon and Karen will also be highly concerned about their son Diez’s health. After having already dealt with the heartbreaking loss of Carter, Karen and Deon will be faced with another big challenge as they take Diez for medical examination. The little boy’s unusual head shape will become a cause of concern as the medical experts will suspect that he has sagittal craniosynostosis. The couple will be told that Diez might face developmental delay and issues related to coordination due to the condition.

The doctors will suggest surgery. Karen and Deon will experience a fresh wave of fear due to the risks associated with the procedure. You may remember that they had a lot to deal with when Dawsyn went through an overwhelming number of health issues. Apart from contracting pneumonia after her heart surgery, she was also down with flu and COVID-19. So, in the second season, we will see how Diez receives medical help for his condition. Here is a promo that offers a glimpse into what is to come in season 2.