Where to Stream Downton Abbey? 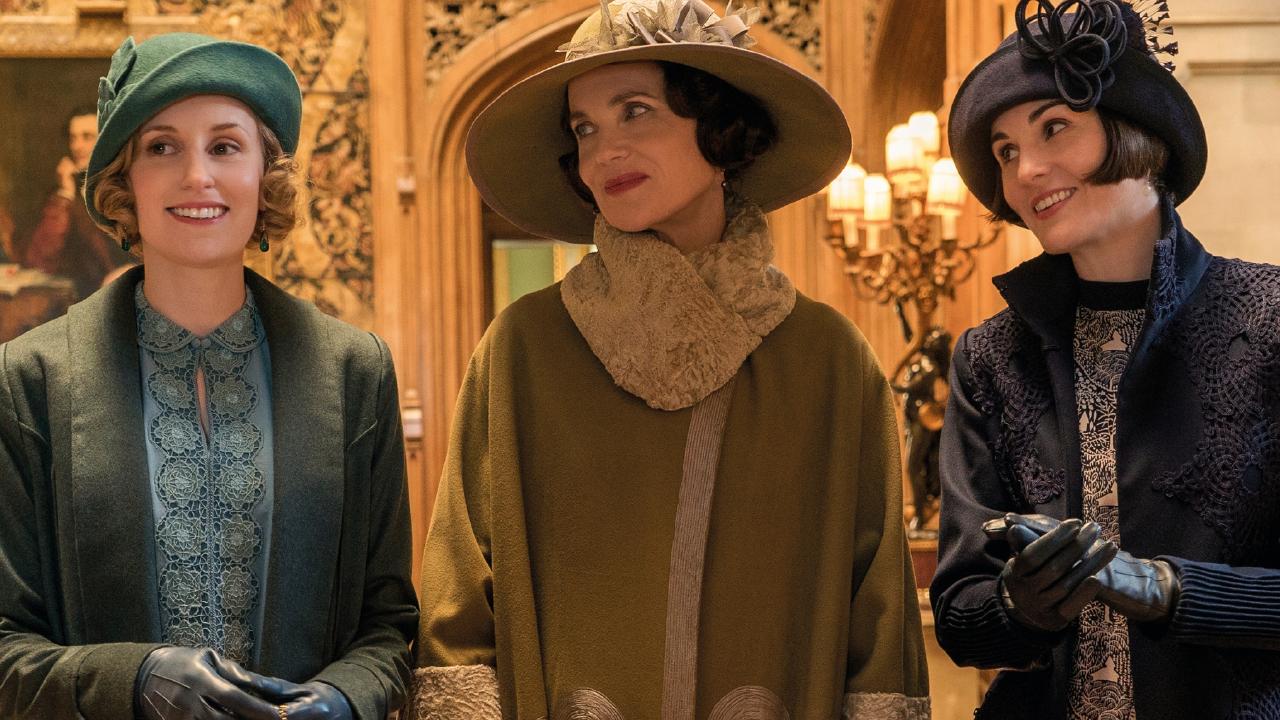 When you hear ‘Downton Abbey‘, the first thing that springs to your mind is the television show. But now you know about ‘Downton Abbey‘, the movie. It is a British historical period drama that made its theatrical release in 2019. It is a continuation of the series. The movie is written by Julian Fellowes, the creator and executive producer of the series. Fans of the show will be glad since much of the original cast has returned.

The movie is set in 1927 and depicts an official state visit by the King and Queen to the Crawley family’s house in the Yorkshire countryside. The Royal staff arrives at Downton but perils await as an assassin has arrived to finish off the monarch. Drama ensues as the family and servants stand at odds with the royal entourage, especially, the Queen’s Lady-in-Waiting, who appears to have problems with the Dowager Countess over an issue of inheritance. Since its release, the movie has garnered praise from critics, so naturally, you must be wondering where you can see ‘Downton Abbey’, the movie. We are here to tell you that, but first, let us walk you through the plot of the film.

What is Downton Abbey About?

‘Downton Abbey’ begins in 1927 with a letter being sent from Buckingham Palace to Downton Abbey, that is owned by the Earl of Grantham. Even as the mail is loaded onto a train in London, a stranger steps on board. When the mail is delivered to Downton Abbey, it is received by the footman, Andy Parker, who hands it over to the butler, Thomas Barrow. Finally, the letter reaches Robert Crawley, the Earl himself, who announces to his daughter, Lady Mary Talbot, and son-in-law, Tom Branson, that the king and queen are headed to Downton Abbey as part of their royal tour through the country.

Queen Mary’s lady-in-waiting, Lady Maud Bagshaw, also happens to be Robert’s cousin. Although the two families are related, they have their differences over an inheritance issue. Robert informs his mother, Violet, Dowager Countess of Grantham, that Maud is coming to Downton. Naturally, the former is shocked and disturbed by this news and believes that Maud is looking to cheat Robert out of his rightful inheritance. Meanwhile, the Royal Staff arrive and those working at Downton are completely caught off guard by their arrogance.

Barrow is replaced as the butler by Mr. Carson, who is brought out of retirement by Mary. In a moment of exposing true emotions, Barrow confides in Lord Grantham, making it clear that he is upset at being replaced. In the meantime, the stranger, who had boarded the train, arrives in Downton village. He introduces himself as Major Chetwode and finds Tom. Mary is suspicious when she sees the two together. Sure enough, the so-called Major Chetwode has nefarious intentions and he tries to take a shot at the king with his pistol. Luckily, Tom tackles him before he can get a shot off and Mary kicks the gun out of reach. The shooter is arrested and Tom forms a mutual attraction with Lucy Smith, Maud’s maid. Once the royal family along with the entourage arrives, a lot of drama breaks out.

‘Downton Abbey’ viewers will be pleased to see how the elements of the show have been distilled and small dramas have been woven into the larger story. The staff of Downton Abbey, led by Anna and Mr. Bates, make a plan to tick off the royal staff so they leave for London. Homosexuality is also wonderfully explored in one of the subplots unfurling at Downton Abbey. The King and the Queen finally manage to break the ice with the family at Downton Abbey after an awkward dinner encounter. However, Viola is still upset that Maud has chosen Lucy as the heir instead of Robert. When it is explained to her that Lucy is Viola’s child and the act of naming her the heir was out of love, Maud understands.

As the film ends, everyone is happy with the visit, as the king and the entourage plan to carry on with their tour. Lucy and Tom enjoy a dance on the terrace, as Mr. Carson and his wife, Mrs. Hughes can be seen contemplating the future of Downton Abbey. One thing is for certain, the Crawley family will still be living in the place that has been the home to so much action and drama.

Is Downton Abbey on Netflix?

Netflix has an amazing collection of movies and television shows. That is what sets it apart as a premier streaming service. Though ‘Downton Abbey’ is not on the platform, you can enjoy ‘The Crown‘, a wonderful period drama series that depicts the drama that unfurls in Buckingham Palace and 10 Downing Street.

Is Downton Abbey on Hulu?

Hulu has a fantastic collection of movies and television shows and keeps making smart additions to the library in order to stay ahead of the competition. Though ‘Downton Abbey’ is not on the platform, if you want a trip back in history, you should check out ‘War and Peace‘ on Hulu.

Is Downton Abbey on Amazon Prime?

Amazon Prime has an enviable collection of movies and television shows which can perhaps only be bested by Netflix. But Prime subscribers seem to have the edge over their competitors in this case. While ‘Downton Abbey’, the movie, is not available on the platform, you can get the next best thing, that is ‘Downton Abbey‘, the television show.

Where Can I Stream Downton Abbey Online?

Unfortunately, there is no way to stream ‘Downton Abbey’, the movie, online at the moment. You have to wait until it arrives on one of the major streaming platforms.

Is Downton Abbey Out on DVD and BluRay?

‘Downton Abbey’ is not out on BluRay or DVD yet since the movie has just been released. There have been no announcements made about the possible date of release either, so you have to wait for now.

Where Can I Watch Downton Abbey Online For Free?

Sorry to disappoint the freeloaders, but there is no legal way to stream ‘Downton Abbey’ for free at the moment, since it is still enjoying its theatrical run. Moreover, we would like to urge our readers to pay for any art that they consume.