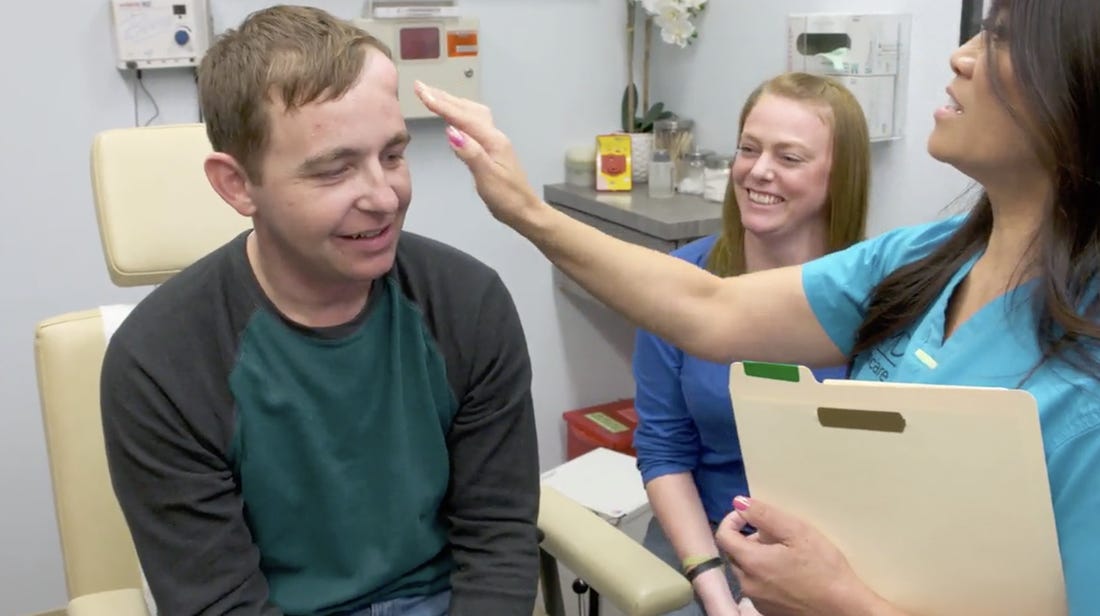 ‘Dr. Pimple Popper’, which features the celebrity dermatologist Dr. Sandra Lee as its main star, is not watched only because of its leading lady. Its other showstoppers are the accompanying cysts, blackheads, and skin eruptions on her patients’ bodies. Weird right? But these graphic and gross images are the sole reason why this reality series is so popular.

Hence, it’s no surprise why the show has spanned so many episodes, with hundreds of short clips going viral on social media. Currently, in its fourth season, its tv version recently concluded with its third episode on January 9, 2020. Now, let’s take you through the upcoming episode, i.e episode 4 of ‘Dr. Pimple Popper’ season 4.

The official synopsis for episode 4 reads as follows: “Inoke has a huge, possibly life-threatening bulge on his shoulder. Delano returns with his back lump after Dr. Lee removed a liter of fluid from it. Reed has hundreds of bumps on his chest that burst and leave nasty scars.”

You can watch the latest episode of ‘Dr. Pimple Popper’ season 4 if you have a cable connection, by tuning in to TLC at the above time slot.

‘Dr. Pimple Popper’ Season 4 Episode 3 is titled, ‘Eggs Lipoma’. It features returning patient David who has several, humongous eruptions on his nose. Then we meet Steve, who has a massive bump on his forehead, which restricts him from wearing any kind of headgear. On the other hand, Nicole has bumps all across her neck region, and Allen has a growth on his arm.

After examining Steve, whose condition forms the title of the episode, Lee diagnoses him with lipoma — a certain category of fat-filled skin disorders that are seated between the muscle and skin layers. Steve’s lipoma is huge, so much that Lee needs to remove it in layers. In fact, according to the dermatologist, his fat deposits look like “scrambled eggs and scalloped potatoes”.

Lee begins by numbing the area over Steve’s forehead and uses a scalpel to cut it open about three inches. She is also concerned that the surgery might lead to excessive bleeding. So she takes the help of a pen-like tool to cauterize the blood vessels and then proceeds, little by little, to remove the fat in bits using tweezers. Finally, Lee takes out the whole lipoma and stitches up his forehead. Steve has a look in the mirror and is happy. He also says that he had packed his favorite baseball cap, something that he can now wear backward in his signature style, once again!

We have a small clip showcasing Steve’s procedure below. You can give it a watch but do remember that it is packed with graphic images.