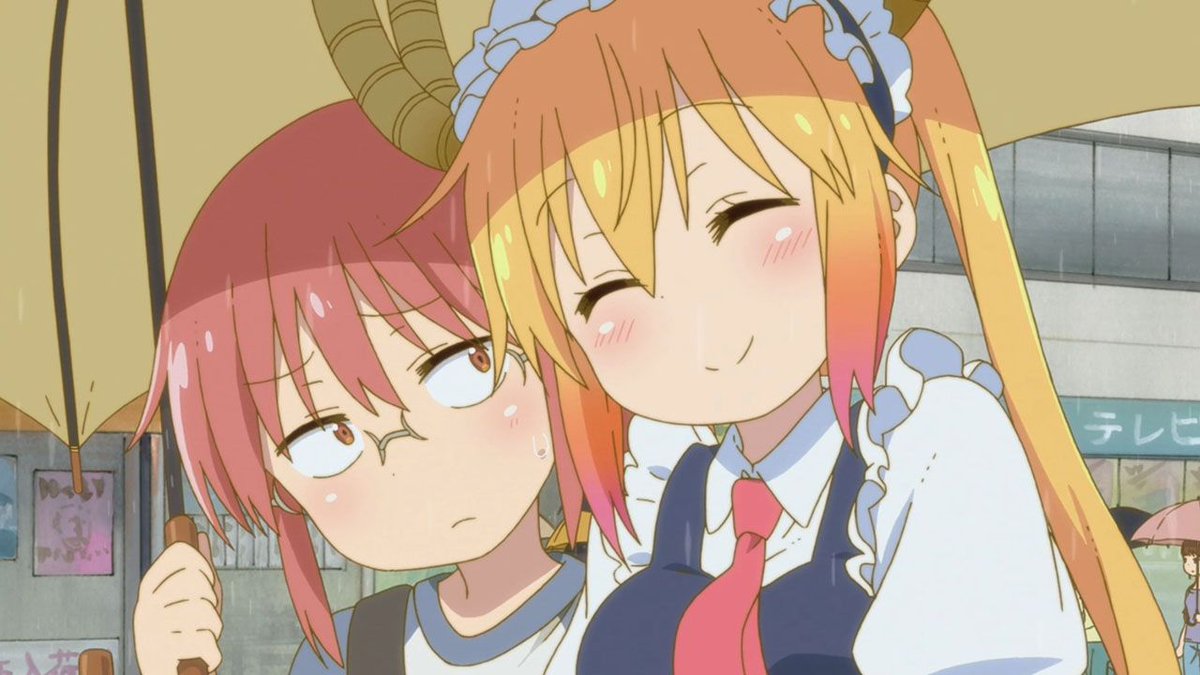 Based on a Japanese manga series written and illustrated by Cool-kyou Shinja, ‘Miss Kobayashi’s Dragon Maid’ or ‘Kobayashi-san Chi no Maid Dragon’ or simply ‘Dragon Maid’ is an ecchi urban-fantasy slice-of-life TV anime. The story revolves around corporate employee and programmer Kobayashi, who encounters the chaos dragon Tooru one evening while out on a drunken excursion. She helps the dragon by removing the holy sword from her back and even offers to let her stay in her apartment if the dragon agrees to become her maid. The following day, Tooru shows up at Kobayashi’s doorsteps, and their exciting and unconventional life together subsequently begins.

Since its premiere on January 12, 2017, the anime has drawn controversies, especially regarding certain characters’ age and portrayals. However, it has also received rave reviews for its depiction of various facets of modern relationships. The second season of the anime has recently concluded. If you are wondering whether there will be a season 3, we got you covered.

An original video animation or OVA, titled ‘Japanese Hospitality (Attendance is a Dragon),’ is set to release on January 22, 2022, as part of the second season. As for season 3, this is what we know. The producers of the anime haven’t yet made any official statement announcing the development of season 3. Both 1st and 2nd seasons were developed by Kyoto Animation, which has also created the multi-seasonal TV anime ‘Full Metal Panic!’ and ‘Sound! Euphonium.’ So, they evidently have the skills and resources to continue producing more seasons of ‘Dragon Maid.’

Because of the episodic nature of the source material, the anime creators have gone back and forth between chapters while adapting Cool-kyou Shinja’s work. There is also plenty of non-manga original content. ‘Dragon Maid’ is an ongoing manga series. Eleven volumes of it have been published to date, out of which material from the first seven volumes has been adapted for the anime. As each volume has 9 or 10 chapters, there are a considerable number of chapters that can be adapted for a prospective season 3.

Ultimately, it all comes down to how many DVD/Blu-ray copies the second season sells. If it manages to replicate the first season’s success, then the development of season 2 is a legitimate possibility. The intermediate period between the first two seasons of ‘Dragon Maid’ was more than four years. Considering all this, we can presume that ‘Dragon Maid’ season 3 will come out in 2024 or later.

In the season 2 finale, Kobayashi and Tooru spend time together at a festival. Kobayashi feels that she is not worthy of Tooru’s affection, but Tooru confirms that she loves her. They later go to a flowering event with all their friends. Toward the end of the episode, Tooru declares that this is the occasion she and Kobayashi will get married and promptly changes their clothes to wedding gowns. As she approaches Kobayashi, the latter calls her an idiot and runs away.

In season 3, Kobayashi, Tooru, and their friends might go to England, where Shouta has enrolled in a magic school. Kanna will try to find her place among the dragons. Kobayashi might get a promotion at work. She and Tooru might start dating in season 3. Romance will also bloom between Ilulu and Taketo.