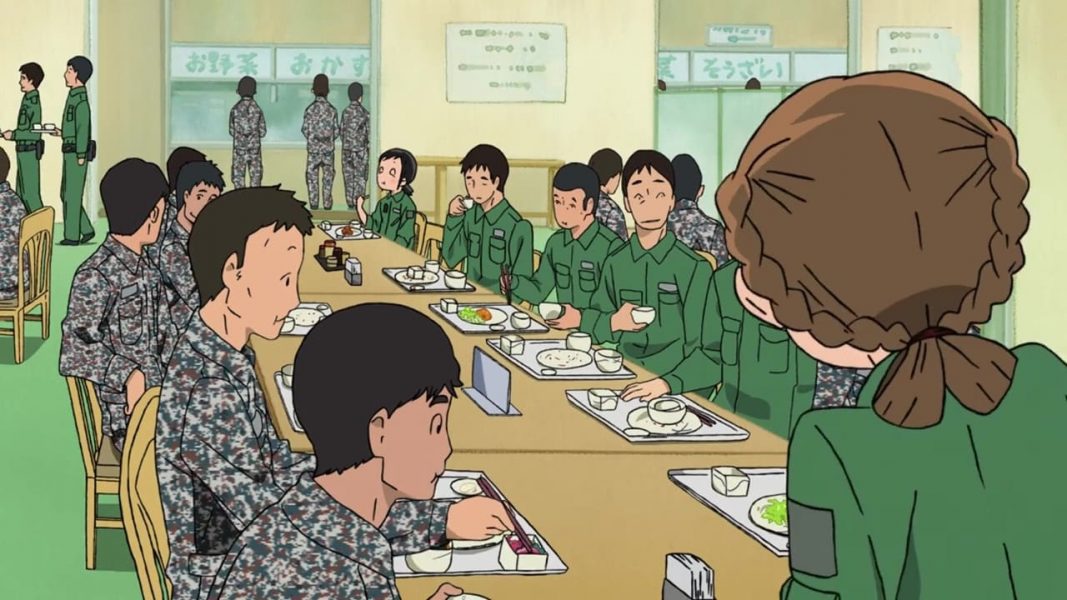 The show popularity motivated Netflix to license it for domestic and international streaming, and the international release of the show took place on September 25, 2018. Since then, fans of the show have been awaiting news on a second season. Here’s everything we know about the prospects of Season 2.

Dragon Pilot Season 2 Release Date: When will it premiere?

Dragon Pilot season 1 released on April 13, 2018 in Japan, and the show ran till June 29, 2018. Although a year has passed since then, there has been no news confirming the renewal of the show.

However, there’s no reason to alarmed just yet since there’s plenty of time for a renewal to be announced. Further, the fact that the anime show has also spawned a manga series is a testament to its popularity, and if things go well, Dragon Pilot: Hisone and Masotan should be renewed for a second season. Our best guess is that Dragon Pilot season 2 release date could fall sometime in 2021. We’re keeping our ears open for news on Dragon Pilot season 2 and we’ll update this section as soon as we hear something concrete.

For those who like watching anime shows in English, the good news is that Dragon Pilot: Hisone and Masotan has a great English dub which was commissioned by Netflix. If you want to watch the show in English, you can find dubbed episodes on Netflix.

Although Hisone’s motive for joining the Japan Air Self-Defence Force was a rather selfish one, her life takes a drastic turn when an organic transformed flyer (OTF) – dragons in military armour – selects her as its pilot. The dragon, known as Masotan, selects Hisone as its pilot, leading to Hisone discovering that she was destined to become a dragon pilot. As Hisone soars to the skies with Masotan, she realizes that all her life had culminated in this moment, and that she and Masotan are destined for great things which will change the future of the world.

Draon Pilot has dozens of characters and a bunch of them are central to the plot of the show. Below, we’ve provided you with brief descriptions of each of the main characters in the show.

Hisone Amakasu: The main protagonist of the show, Hisone is a rookie pilot with the Japan Air Self-Defence Force and is posted at the Gifu Air Base. Hisone is shown to have a habit of speaking her mind without any consideration for others, and this habit of her makes her seem very rude most of the time. Hisone also has a habit of belittling herself in front of others, and is not a very skilled person when it comes to social interactions. However, despite all her flaws, Hisone’s life changes when a dragon called Masotan chooses her to be its pilot.

Masotan: A dragon which lives in the Gifu Air Base, Masotan chooses Hisone as its pilot after rejecting several pilots before her. Hisone initially names it Ootfu but starts calling it Masotan after she discovers its real name. Masotan has huge wings and a long tail and loves to eat minor metals. Masotan is also shown to be extremely scared of strangers.

Nao Kaizaki: A cadet at the Gifu Air Base and a Third Class Airman with the Japan Air Self-Defence Force, Nao was initially in line to become Masotan’s pilot. However, she was refused by Masotan. When Masotan selects Hisone to be its pilot, Nao gets triggered and starts bullying Hisone. Later, however, she warms up to Hisone and becomes her friend.

Elle Hoshino: A Senior Master Sergeant with the Japan Air Self-Defence Force, Elle is a veteran dragon pilot from the Tsuiki Air Base in Fukuoka. Since Elle was young, she had dreamt of becoming the first-ever female fighter pilot and having her own jet. However, her life took an unexpected yet welcome turn when a dragon chose her as its pilot. Despite initially being angry at her inability to become an “actual pilot” Elle eventually makes peace with her status as a dragon pilot.

Norma: Norma is Elle’s dragon. Although Elle initially refuses to give it a name beyond the technical description of an aircraft, she names the dragon Norma after getting attached to it. Norma has a sharp body and an extremely long tail, and can appear to be terrifyingly vicious at times.

Lilico Kinutsugai: A Technical Sergeant with the Japan Air Self-Defence Force, Lilico is also a dragon pilot from the Misawa Air Base in Aomori. Despite being a dragon pilot, Lilico is shown to be shy and subdued and has a habit of always imagining the worst which can happen to her. Despite her negative tendencies, Lilico is an extremely smart person and technically proficient.

Mayumi Hitomi: Another Technical Sergeant with the Japan Air Self-Defence Force, Mayumi is also a dragon pilot from the Iruma Air Base in Saitama Prefecture. She is shown to be an extremely caring person who cares deeply for the feelings of dragons.