When Will The Dragon Prince Season 4 Premiere on Netflix? 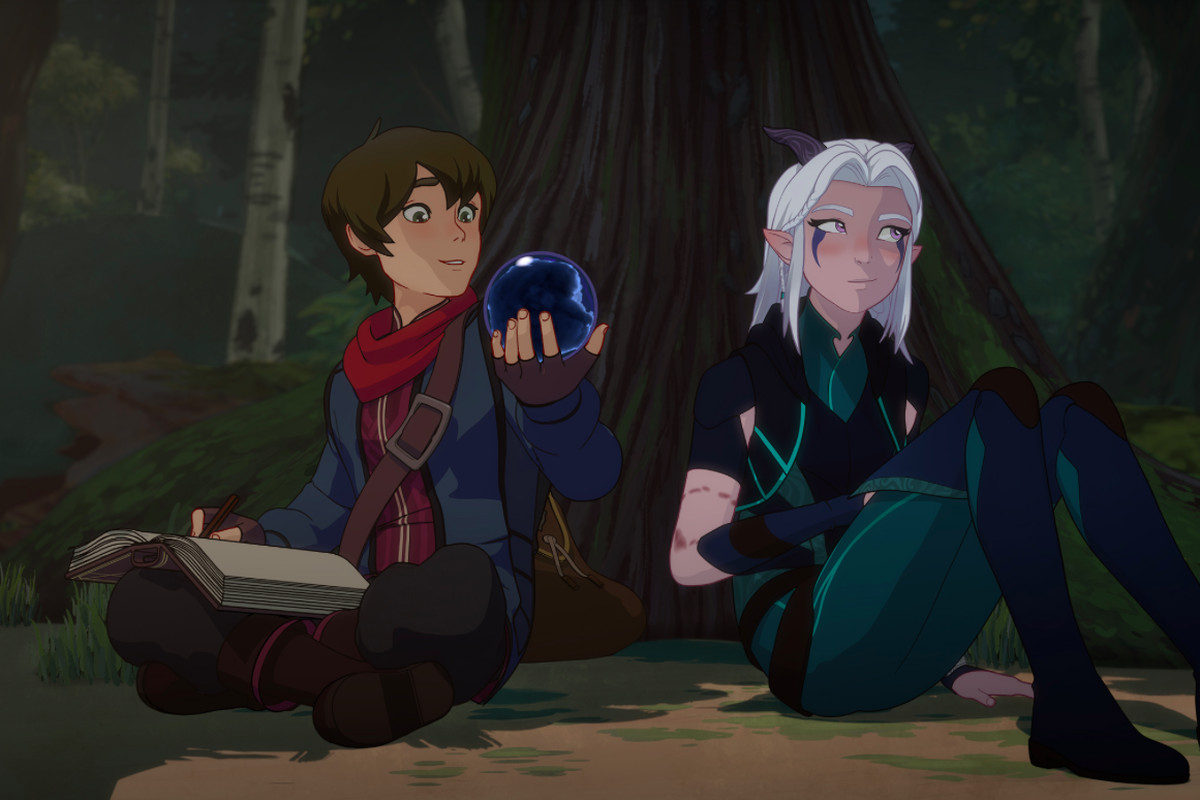 ‘The Dragon Prince’ is an animated tv series that airs on Netflix. Created Aaron Ehasz and Justin Richmond, the Wonderstorm-produced fantasy drama is set in the magical world of Xadia and chronicles the adventures of its various inhabitants.

The series premiered with its first season on September 14, 2018. Since its debut, the show has had three successful seasons so far. Now the question is, will there be ‘The Dragon Prince’ season 4? We will delve into that question, but first let’s quickly look into the details of the series.

The Dragon Prince Cast: Who is in it?

‘The Dragon Prince’ features an exhaustive list of characters, which come accompanied by an equally long list of voiceover artists. Ezran, played by Sasha Rojen, is the young human prince of Katolis and an extremely good soul who can speak to and understand animals. Callum, portrayed by Jack DeSena, is Ezran’s step brother and the first human in history to have primal powers, in spite of not owning a primal stone. Joining them is Rayla (Paula Burrows), a Moonshadow Elf assassin, who accompanies Callum and Ezran in their various adventures as they attempt to return the dragon egg to the rightful parents.

Jason Simpson plays Viren, the primary antagonist and King Harrow’s advisor. Viren is an expert in the art of dark magic and wants the human race to control every being on earth. Claudia (Racquel Belmonte) is Viren’s daughter and an exceptionally gifted dark mage. Jesse Inocalla plays Soren, a dumb soldier.

Season 4, as and when it happens, is expected to feature all of the major stars returning to voice their original characters.

The Dragon Prince Plot: What is it about?

Almost all the events of ‘The Dragon Prince’ take place in the fictional, fantasy, and magical kingdom of Xadia. This unique world gets its powers from the six primal elements — the sun, moon, stars, sky, ocean, and earth. However, when humans start using dark magic that threatens the lives of other animals and magical creatures living there, they are thrown out by Xadian elves and dragons.

The border between these two habitats is guarded by the dragon king, who is murdered by humans 12 centuries later. The king is left heirless when his egg is also apparently destroyed in the conflict. To seek revenge, the elves attempt to kill the human ruler Harrow and his son, prince Ezran. However, a young elf Rayla, Ezran and Ezran’s half-brother Callum, unravel that the egg is stolen by the king’s advisor Viren. Although the trio attempts to return the egg to prevent the upcoming battle, Viren gains power after king Harrow is killed and sends his children Claudia and Soren to seek out the trio and get hold of the egg.

Season 3 continues to tell this story further and takes us even deeper into the fantasy world of Xadia. There is a lot of character growth and we get more information on various backstories and lore. Across the episodes, we learn the exact conflict that had previously happened between King Harrow, Lord Viren and the Dragon King. We also get introduced to a strange character Aravos, who makes only mysterious appearances throughout the season. In season 3, there is increased exploration of the magical land of the elves and dragons, giving us glimpses of more endearing creatures like Zym and Bait.

‘The Dragon Prince’ is as wholesome as any animated show could get. There are complex character arcs, none of the entities are purely good or evil, family relationships form the central part of many story arcs, and digging up history reveals new secrets everytime. In fact, we are amazed that a show, developed exclusively for kids, has such a detailed script.

Each season of ‘The Dragon King’ comprises only nine, 20-minute episodes but an entire story is narrated in each of these parts. Season 3 wraps up one tale but sets up the stage for another. It not only ends on a cliffhanger but also leaves plenty unanswered — something which we hope it will explore in the upcoming season.

The Dragon Prince Season 4 Release Date: When will it premiere?

‘The Dragon Prince’ season 3 premiered in all its entirety on November 22, 2019 on Netflix. Its complete run for the third season consists of nine episodes.

As far as a fourth season goes, the story has a lot more to explore. The titular character is still a baby and he has a long journey to pursue. And its amazing viewership numbers is another reason for the series to go on for multiple seasons. We expect ‘The Dragon Prince’ season 4 to release sometime in May 2020. We shall update this section as and when we learn about a solid timeline.

You can check out the official trailer for ‘The Dragon Prince’ season 3 below.