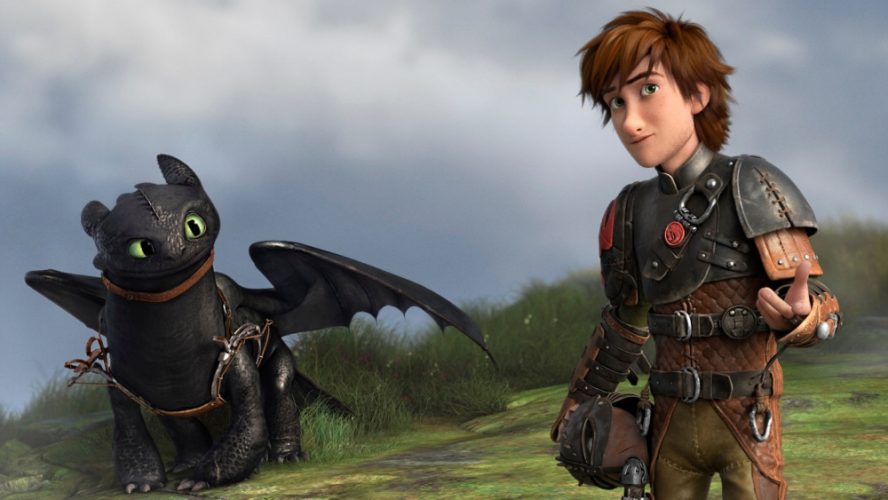 ‘Dragons: Race to the Edge’ reintroduces the favorite dragons and the dragon riders, including Hiccup and Toothless, as viewers are welcomed to unlock the secrets of the Dragon Eye. Before you read on about the show, here is what the critics had to say – “‘Dragons’ promises to be lively and entertaining, with great visuals of dragons swooping and soaring. It looks pretty dang spectacular even by today’s standards. It’s so crisply drawn and fluid that a person of a certain age would be forgiven for wondering how on earth we survived with things like ‘Scooby-Doo‘ and ‘The Perils of Penelope Pitstop’.”

Dragons: Race to the Edge Cast: Who is in it?

The cast of ‘Dragons: Race to the Edge’ voice actors is led by Jay Baruchel, who voices Hiccup Horrendous Haddock III, the main protagonist, who shares a special bond with his dragon named Toothless. Hiccup is also the hope of the tribe although he is a little awkward. America Ferrara lends her voice to the character of Astrid Hofferson, who is Hiccup’s close friend and also the unofficial second in command. Astrid is known for her competitive nature.

Christopher Mintz-Plasse of ‘Kick-Ass‘ fame voices the character of Fishlegs Ingerman, who is less courageous but is an intelligent and loyal Viking in the squad. Zack Pearlman voices Snotlout Jorgenson, a quarrelsome, annoying rider, who has a complicated relationship with his dragon Hookfang. Tuffnut and Ruffnut Thorston are the fraternal twins and the admirers of Hiccup. They are voiced by T. J. Miller and Julie Marcus respectively. The characters constantly quarrel and disobey orders.

Now we come to the dragons that are joined to the riders. First off, we have Toothless, a rare Night Fury, who is the only dragon that cannot fly without a rider, having lost his left tail fin in the first movie. Toothless can shoot plasmablasts and has retractable teeth. He can also use echolocation to fly in the dark. Astrid’s dragon is Stormfly, a Deadly Nadder. The dragon and the rider display exceptional teamwork, which makes this duo a friendly rival of Hiccup and Toothless. Fishlegs’ dragon is Meatlug, a female brown colored Gronckle, with whom the rider shares a close and nurturing relationship. Hookfang is Snotlout’s dragon, and the Monstrous Nightmare either attacks the rider or abandons him every time Snotlout tries to assert dominance. Tuffnut and Ruffnut ride a two-headed dragon called Barf and Belch. Usually, the heads are in agreement, but when the twins quarrel, the dragon heads end up disagreeing as well.

Dragons: Race to the Edge Plot: What is it about?

‘Dragons: Race to the Edge’ revolves around Viking teens and the dragons they own. Hiccup is trying to serve a balance between dragons and the Vikings. The storyline starts to evolve when the teens are introduced to the new world, which is harsher than Berk- The Dragon Training Academy. Before long, the kids embark on starting an alliance with the dragons and battling the new villains as well. Hiccup and the other teens soon find out that not all dragons can be trained. In the meantime, the new enemies are seen eyeing every situation and looking for reasons to crush the Vikings and dragons, and ending their bond altogether.

If you follow the works of DreamWorks Animation carefully, you will notice that they are careful to keep their film franchises alive through shows, and have done so in case of ‘Madagascar‘ and ‘Kung Fu Panda‘. This series is much in the same vein, and the dazzling visuals, warmth and overall fun help it achieve a smooth take off.

‘Dragons: Race to the Edge’ focuses not just on the bond between dragons and riders, but also on the difficulties of the Vikings coexisting with dragons. These are humorously shown, as the dragons scare livestock away, and also devour a large amount of food and rain down poop! However, underneath it, is a mounting tension that some people might never accept dragons coexisting with humans. If you have watched ‘How to train Your Dragon: The Hidden World‘, then you will see how the movie carries this train of thought to its extreme conclusion. However, in ‘Dragons: Race to the Edge’ we get the first inkling of this hemming and hawing between riders and dragons. Although the series does not initially establish any major villains, there is always a chance that someone might disrupt this fragile harmony and throw everything into chaos.

Dragons: Race to the Edge Season 7: When will it premiere?

‘Dragons: Race to the Edge’ Season 6 premiered on February 16, 2018. The show was canceled just after that. This is something of a norm for DreamWorks shows, as very few titles pass the six seasons mark. Though the show received immense praise, there is very little chance that it will be revived again. In any case, if we hear anything about ‘Dragons: Race to the Edge’ Season 7, we will update this section.

Dragons: Race to the Edge Trailer:

You can check out the trailer for ‘Dragons: Race to the Edge’ season 6 below.