Will There be More of ‘Dragons: Rescue Riders’? 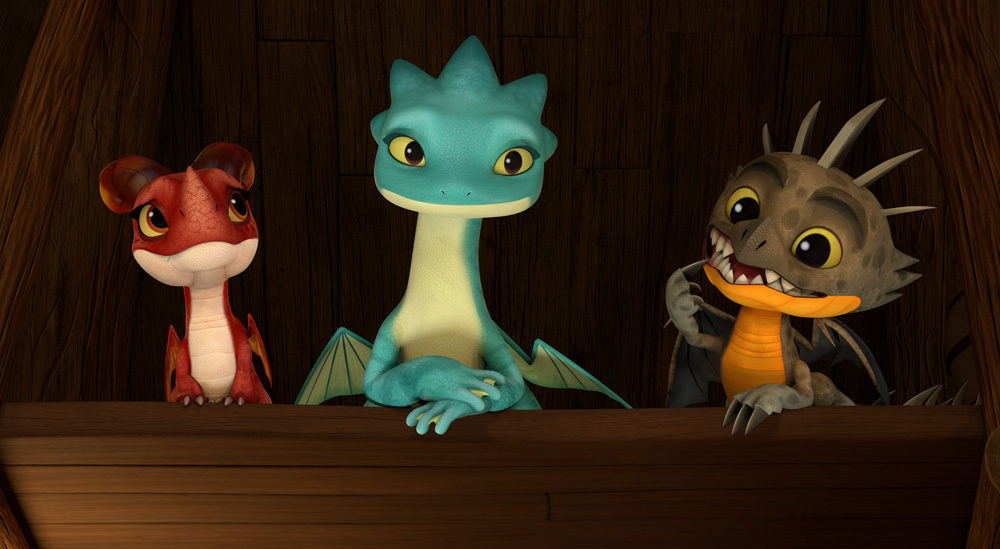 When Netflix launched its DreamWorks animation series ‘Dragons: Rescue Riders’ in September 2019, fans of the film series, ‘How to Train Your Dragon‘ waited eagerly to see what this kid-friendly show would bring for viewers. And it did not disappoint. Although the story is curated for a much younger audience, it still carries strong vibes from the original franchise.

For those unaware, ‘Dragons: Rescue Riders’ is set in a fantasy world from the Vikings era and revolves around twins Dak and Leyla, who embark on multiple adventures in their kingdom of Huttsgalor. They can communicate with dragons and lead a team of five young fire-breathing creatures while helping other dragons and the people of their hometown.

After airing its first season, the show was renewed for a second installment that premiered in February 2020. Now, you must be wondering if the series will return for yet another part. Here’s everything you need to know about ‘Dragons: Rescue Riders’ season 3.

Dragons: Rescue Riders Season 3 Release Date: When will it premiere?

‘Dragons: Rescue Riders’ season 2 premiered on February 7, 2020, on Netflix. All of its 12, half-hour episodes landed on the platform on the same date.

Netflix has not come up with an official announcement for another season yet. But we do know that the streamer is gradually expanding its collection of shows directed toward kids. Moreover, if you consider its other counterparts, such as ‘Dragons: Race to the Edge’, you might know that it has aired six seasons to date. Hence, we are expecting multiple renewals for this series as well.

If Netflix decides to go ahead with a renewal, there’s another factor to take into account. Animated series generally follow a schedule of shorter waiting times between seasons. This is because most of the set-up is already in place. Hence, if things go according to plan, ‘Dragons: Rescue Riders’ season 3 should release no later than September 2020.

Dragons: Rescue Riders Cast: Who is in it?

Nicolas Cantu and Brennley Brown serve as the voice-over actors for the protagonists Dak and Leyla respectively. Other voice actors in the lead cast include Carlos Alazraqui as Duggard, Moira Quirk as Hannahr, Roshon Fegan as Elbone, and Brad Grusnick as Magnus Finke.

All the main voice artists are expected to return to reprise their characters if and when the show is renewed for season 3.

Dragons: Rescue Riders Plot: What is it about?

In this animated series directed toward preschoolers, we are introduced to the twins Dak and Leyla who had been brought up by dragons. Hence, they possess a unique capability to communicate with these fiery creatures. Together, with five dragons, namely, Winger, Summer, Burple, Cutter, and Aggro, they travel through the kingdom of Huttsgalor to save and rescue other dragons while also protecting its human residents.

Season 2 adopts the same premise and follows the crew as they continue “their mission to keep the residents of Huttsgalor safe but face a new nemesis in Magnus’ crafty nephew, Axel” — according to Netflix’s official synopsis. Although the main plot line revolves around tackling Axel, the twins face other issues as well. They need to understand why the sea-dwelling dragons called Divewings are attacking ships or what is so special about Magnus and Axel’s new “Mechano-dragon.”

They also go for a vacation, which is fraught with more troubles and then embark on a treasure-hunting quest. Another new recruit is a Puffertail dragon who needs to be trained to perfection. Meanwhile, Burple becomes the king of a small village and Magnus challenges Duggard in a competition to be the chief of Huttsgalor.

Season 3 will continue to follow the adventures of Dak and Leyla as they team up with their scaly, fire-breathing friends with only one aim — to protect other dragons while defending their home of Huttsgalor.

While we wait for an update on season 3, you can watch the official trailer for season 2 below: