When Will ‘Driven’ Premiere on Discovery Channel? 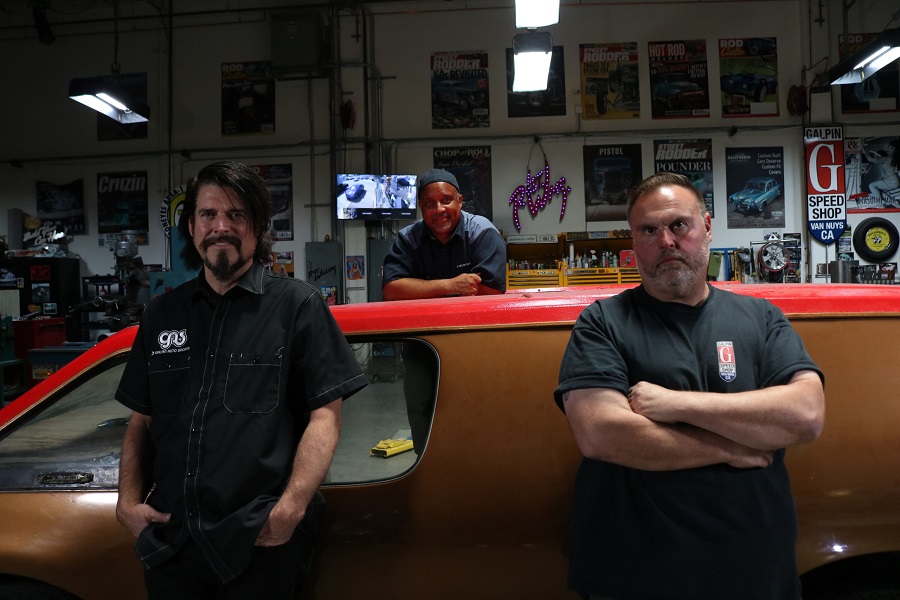 If you love cars, then there are a lot of TV shows out there that are ready to educate you about the latest to the classiest models. The Discovery Channel series, ‘Driven’, adopts a different approach to that and promises an exciting adventure ahead. Executive produced by Craig Piligian, Eddie Rohwedder and Todd Lefkowitz; it brings some of the most well-known names in the business to deliver a unique experience. Here is everything you need to know about the show.

Driven Season 1 Release Date: When will it premiere?

‘Driven’ Season 1 is set to premiere on Discovery Channel on March 30, 2020. The episodes are to air every Monday at 9 pm. Given the immense popularity of TV shows that focus on automobiles, ‘Driven’ is expected to hook a lot of audience to itself. The show is also hosted by the people who are well-known names in the circle and have a fan-following of their own after their work in prior shows. For car lovers, this is the show that just can’t be missed.

What is Driven About?

‘Driven’ follows three car-fanatics bringing their imagination to life. Beau Boeckmann, Dave Shuten and “Mad Mike” Martin unite to create the car of their dreams and deliver an exciting experience to the viewers. In the series, they accept the responsibility of bringing back the cars to their former glory and then surpassing all expectations by adding their own twist to it.

One of the cars that the trio receives to perform resurrection on is a DeTomaso Pantera, a one of a kind that Carroll Shelby had modified with Lee Iacocca secretly. But this is just one of the many other challenges that will come along the way. Our hosts will not only have to breathe life into these cars but also make them fit enough to compete against others and survive on the toughest of tracks.

Who is the Host of Driven?

‘Driven’ is hosted by a trio that has been in the game for a very long time. Beau Boeckmann is the president of Galpin Motors. He has a family legacy behind him and a bright record that gives him strong credibility separate from the one that comes with his family name. Previously, Galpin Auto Sports had also hosted ‘Pimp My Ride’ on MTV. The company was also the first one to sell a custom car, an act that shot its name to new heights in the history of car dealerships in America. Now, Boeckmann is bringing that experience to the Discovery Channel show.

Another big name to join the show is Dave Shuten, who is also an expert in making custom cars. He started building his first car at the age of 14, and has never looked back ever since. The last, but not the least, part of the trio is “Mad Mike” Martin, who jumped in the auto industry after serving in the Air Force for some time. He has also been a part of ‘Pimp My Ride’ and has appeared in a number of television and radio shows.

You can catch all episodes of ‘Driven’ on the Discovery Channel or the Discovery GO App. Here’s a look at the trailer of Season 1:

The series premiere of #Driven is on Monday, March 30 at 9p on Discovery and Discovery Go. pic.twitter.com/ftblHh2eFM