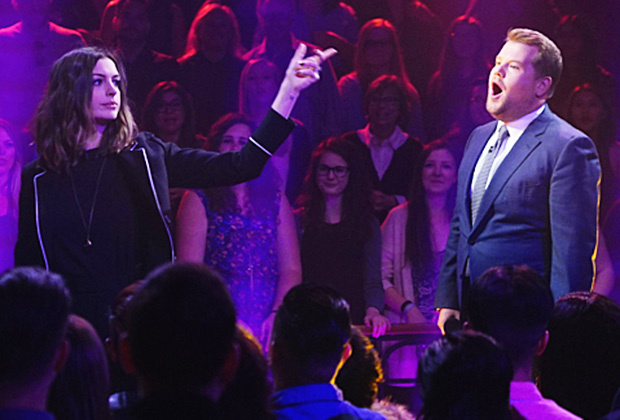 ‘Drop the Mic’ is an American musical reality competition that first premiered on 24 October, 2017. It aired on TBS for two seasons before switching over to TNT. The show is a spin-off that is based on the recurring segment on ‘The Late Night Show with James Corden’. It calls celebs from various fields into some one-on-one unplugged and unhooked rap battle action – on which all these stars deliver competently, with some sweet beats, high-quality content, and praiseworthy roasts. ‘Drop The Mic’ is a big-house production that already has a boast-worthy roster of celebrities featured over the seasons. With the ratings and the viewer-base ever-growing, this has the potential to become a mainstay show for the network for their primetime weekend slots.

Drop The Mic Cast: Who’s in it?

The focus and the limelight, as we have mentioned, falls entirely on the quartet of celebrities called in each episode – so in a way, they build the most important part of the cast. The show is also hosted by a star-studded panel, featuring Method Man, star of ‘Rebel’ and ‘The Breaks’, along with Hailey Baldwin, now Hailey Bieber. Despite both the stars’ busy schedules, they have already made their presence a large part of the show’s success, and in all likelihood, they will be returning to host the next season as well.

A final word should be said on the beatboxing department, which Joshua Silverstein, also the beatboxer in ‘The Late Late Show with James Corden’, handles excellently, and we will experience his talents once again, very possibly, for the upcoming season. Notably, James Corden, who hosted the original show on which the spin-off is based, is not involved in an on-camera capacity here but serves as an executive producer. However, the writers of ‘The Late Night Show’ are the creative minds behind the lyrics that the celebrities spit out in ‘Drop the Mic’.

Drop The Mic Plot: What is it about?

A celebrity rap battle faceoff was a recurring segment in ‘The Late Late Show with James Corden’, and its growing popularity finally allowed TBS to approve the show as an independent pitch. In every two-round episode, a couple of unique celebrities are called in each round for battling it out on the rhythm of Joshua’s beatboxing.

Hollywood stars have always been a sensational part of pop culture in the US ever since the early 30s and fans have always placed them on pedestals idolizing them. However, at the same time, we have always been curious about how celebrities would behave and this interest in celebrity culture has given rise to a show like ‘Drop the Mic’. There is no denying that most of us have let the beats of rap get to us at some point in our lives as we have sung along to our favorite rapper. Well, the general interest was to see celebrities do that. Rap became the ideal form since it would allow celebrities to be pitched against each other and viewers would, of course, find the aspect of competition in such a fun environment to be more pleasurable. More importantly, rap has always had a culture of having diss tracks.

For those unaware, diss music allows performers to verbally attack the other person, focusing on their weaknesses or shortcomings. Although diss tracks have historically been suggestive of violence, and even been demeaning, most notable among these being Tupac Shakur’s ‘Hit ‘Em Up’ and Ice cube’s ‘No Vaseline’, in recent times diss tracks have come to be toned down and even made comical. Naturally, for celebrities to be getting down and dirty dissing each other through comical rap is something that is bound to enthrall audiences, and coming from the scriptwriters of ‘The Late Night Show’, you can bet your bottom dollar that the lyrics are hilarious.

When this is coupled with the inimitable beatboxing by Joshua Silverstein, you have got a fun celebrity face off on your hands. ‘Drop the Mic’ remarkably includes celebrities from all fields, be it sports, music or entertainment. This makes for a very diverse set of lyrics, adding to the overall fun quality of the show. If it was not evident by this point, the name of the show refers to the act of the mic drop, to signify that one of the rappers has dominated the other in the verbal onslaught during the course of the face off. It is important to note that the celebrities that face off in the show do not bear ill will to each other, and merely do this for entertainment purposes.

While the current season has hit the snafu of having to remove Jussie Smollett from an episode following his arrest, we cannot wait for the show to continue in a similar vein in the upcoming season as well, as they introduce new celebrities who will go toe to toe with each other and spit the meanest, funniest lyrics that the writers of ‘Drop the Mic’ can come up with.

Drop The Mic Season 4 Release Date: When will it premiere?

‘Drop the Mic’ Season 3 premiered on January 23, 2019. While no official release date for Season 4 of the show has been set, a pattern emerges upon observing the release schedule of the previous seasons. A new season has usually come out every year, meaning that we can expect Season 4 to arrive in 2020. However, the months of release has been different for each season. Season 1 aired in October, Season 2 in April and as we already mentioned, Season 3 arrived in January. As you can see the months of release are scattered, so it would be premature to hazard a guess, but 2020 is a safe assumption for the upcoming season.

‘Drop the Mic’ Season 4 does not have a trailer out yet, but we will be sure to keep you in the loop, so keep checking back here for updates. In the meanwhile, you can sit back and enjoy this rap battle from Season 3, to get a better idea of what the show is about. Check out the video below.