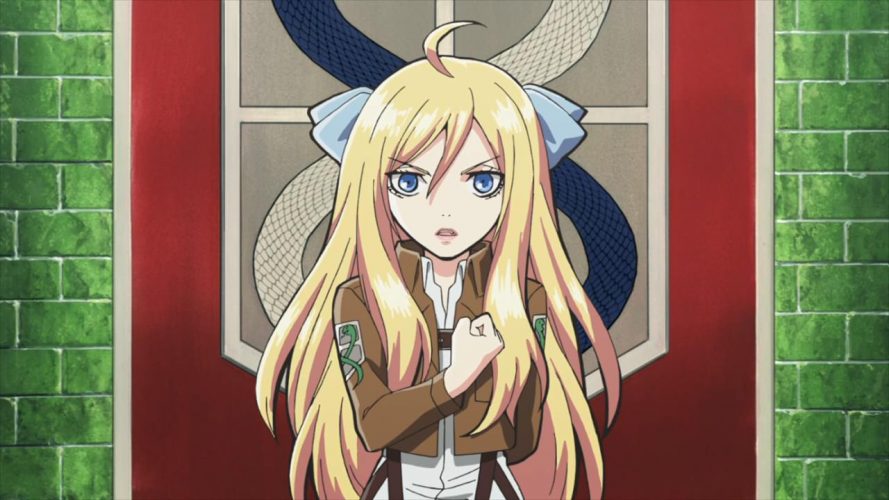 Dropkick on My Devil! (also known as Jashin-chan Doroppukikku in Japanese) is a comedy anime television series which is based on a manga series of the same name. Written and illustrated by Yukiwo, the manga series was first published in the Comic Meteor web magazine on April 25, 2012 and new chapters are being published even to this day. Almost six years after the initial publication of the manga series, a Japanese anime studio called Nomad announced plans to adapt it into an anime television series and Season 1 of Dropkick on My Devil! premiered on July 10, 2018.

The first season was deemed to be a success by fans of the manga series and new viewers alike and was followed by the release of an original net animation (ONA) special episode on October 1, 2018. With fans all clamoring for a second season of the show, Nomad subsequently renewed it for a second season. Here’s everything you need to know about Season 2 of Dropkick on My Devil!.

Dropkick on My Devil! Season 2 Release Date: When will it premiere?

Dropkick on My Devil season 1, consisting of 11 episodes, premiered on July 10, 2018 and ran till September 17 of the same year. Subsequently, a ONA special episode, meant to serve as the twelfth and final episode of Season 1, was released on October 1, 2018. Months later, on January 9, 2019, Nomad announced that Dropkick on My Devil! had been renewed for a second season.

The good news is that we now also have a release date. Dropkick on My Devil Season 2 will premiere on April 6, 2020. Time to get excited!

NEWS: Dropkick on My Devil!! TV Anime is Coming Back for a Second Season

Dropkick on My Devil! English Dub:

Dropkick on My Devil! Plot:

Dropkick on My Devil! is a violent yet hilarious show which follows the relationship between two unlikely roommates.

However, Jashin-chan is unwilling to live in the human world and longs to go back to Hell. She figures that she can do so if she kills Yurine, and the show follows their relationship as Jashin-chan spends day after day unsuccessfully trying to kill Yurine. What transpires is a violent and hilarious slapstick comedy which is bound to make you laugh while keeping you engaged.

Dropkick on My Devil! Characters:

Although Dropkick on My Devil! does not have an extensive list of characters, quite a few characters are important to the plot of the show. Below, we’ve provided you with brief backgrounds on each of the important characters in the show.

Jashin-chan: One of the two main protagonists of the show, Jashin-chan is a serpent-like creature from Hell who gets summoned to the human world by Yurine. Jashin-chan possesses fascinating abilities, insofar as she is capable of regenerating from any wound. Indeed, Jashin-chan has to use this ability quite frequently as her attempts to kill Yurine result in the witch violently retaliating. As far as Jashin-chan’s personality is concerned, she appears to be cold and immoral on the surface, and constantly manipulates and mocks her friends for her own benefit and amusement. However, beneath this tsundere personality, Jashin-chan is actually a kind-hearted creature who is capable of good deeds. The problem is that she is ashamed of her capacity for good and hides it under a tsundere personality.

Yurine Hanazono: The second main protagonist of the show, Yurine is the only human among the main characters. She is a stoic college student and a powerful witch and she ends up summoning Jashin-chan to Earth without having any idea about how to send her back to Hell. As a result, she is forced to live as roommates with Jashin-chan, in spite of the latter’s constant efforts to kill her. Yurine, for her part, retaliates violently every time Jashin-chan tries to kill her. Despite this savage side to Yurine, she is mostly kind to everyone else in the show, and acts as the voice of reason among her erratic peers.

Medusa: A gorgon from Hell, Medusa also inhabits the human world and is a close friend of Jashin-chan. Of course, being the Medusa of myth, she has to wear a paper bag on her head to avoid accidentally turning people to stone. Although Jashin-chan sees Medusa as a walking, talking cash machine and constantly manipulates her for monetary gain, the two manage to remain close friends throughout the show. In fact, they’re so close that Yurine says that their relationship resembles that of a man-wife relationship in which Jashin-chan acts as the manipulative husband and Medusa acts as the submissive wife. However, Medusa’s tender side allows her to see the good in Jashin-chan, and the two remain extremely close and dependent on each other throughout the show.

Pekola: Another important character in the show, Pekola is an angel who gets stranded on Earth after losing her halo. On Earth, Pekola struggles to survive and is constantly hungry owing to her poverty. While Yurine always tries to help her, Pekola remains somewhat defiant in accepting that help as Yurine is a witch.