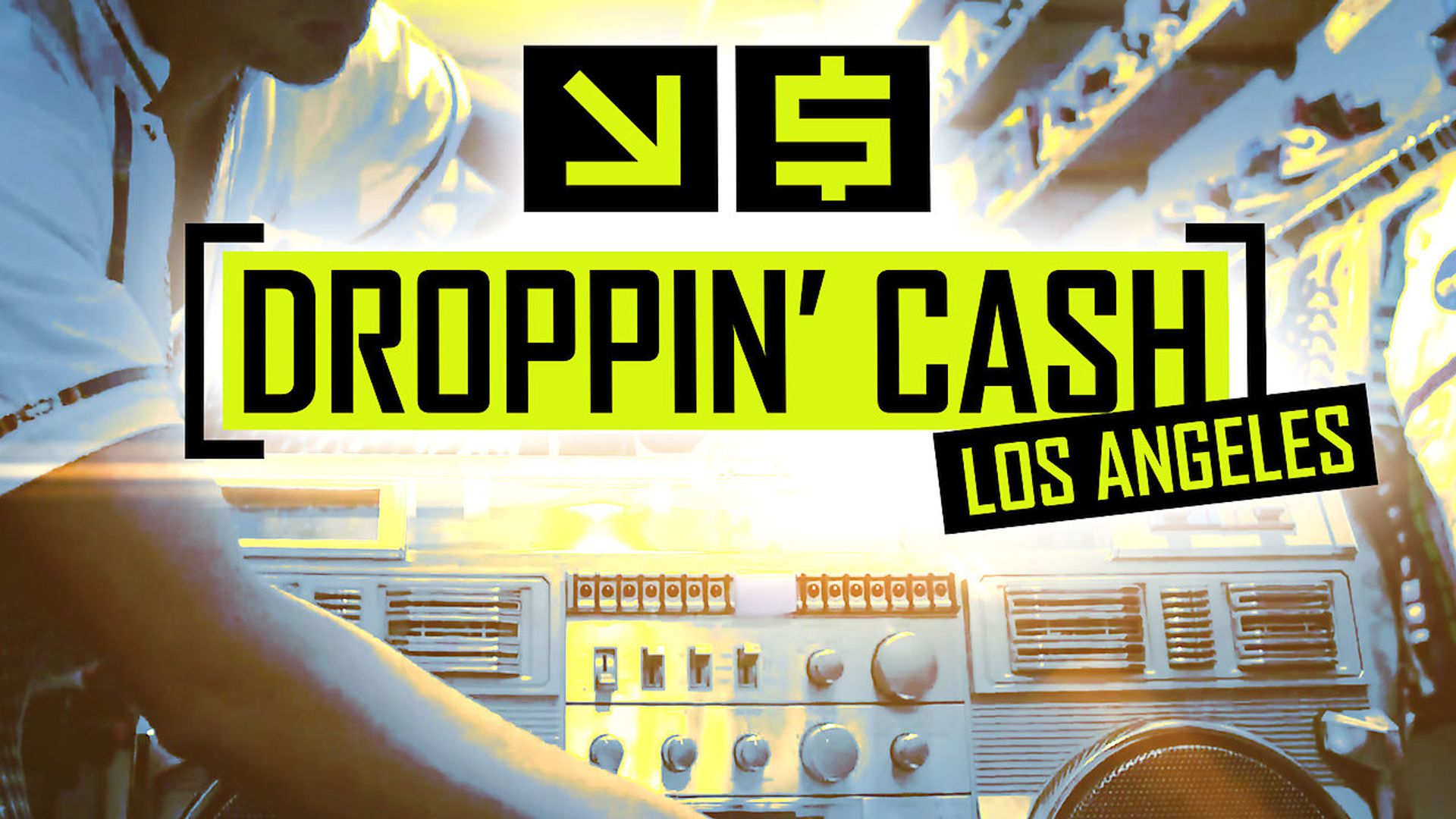 Have you ever wondered what your favorite celebrities do with their truckloads of cash? Well, ‘Droppin’ Cash Los Angeles’ is a Netflix Original that explores just that. Across the episodes, we witness some of the most prominent stars spending on items that we could never imagine ourselves buying. After spanning for two successful seasons, the show has made a mark for itself. But will it return for a third season?

Droppin’ Cash Cast: Who is in it?

Each episode of ‘Droppin’ Cash’ follows two leading musicians, athletes, or influencers in Los Angeles as they splurge on the finer things in life. We witness celebs like Lonzo Ball, Normani Kordei, A Boogie Wit Da Hoodie, Khalil, and more. Along the way, they also share a few motivating words on how they reached here and what was their background.

In season 2, we see a fresh ensemble of stars. We get to meet celebrities such as Jacquees, Fetty Wap, Bella Thorne, and Erica Mena, to name a few. Season 3, if commissioned, is going to introduce us to several new set of rich celebrities.

Droppin’ Cash Plot: What is it about?

‘Dropping Cash’ is a reality show that follows celebs who come from humble beginnings. As they flaunt their extravagant lifestyles, we witness them spending crazy amounts of cash on things that exist only in our dreams.

For instance, we see Iggy Azalea splurging on handfuls of diamond-embellished watches and a t-rex tooth-adorned diamond necklace. Rapper B.o.B is then shown buying an antique Gretsch White Falcon guitar. On another episode, Normani Kordei, after a voice warm-up session, grabs her wish-list of designer footwear. To give her competition is Khalil, who ends up picking a puffer jacket from an exclusive boutique store.

Next, we meet Young M.A, choosing his own four-wheeler that meets all his power-sports addiction demands. Hip-hop star Evander Griiim shops for his choicest jewelry and shortlists a lavish wardrobe to go with it. Model India Love pays a hefty sum to an artist to make a portrait for her and Maejor (singer and producer) commissions two artists to create personalized threads.

Lonzo Ball, to add additional pieces to his musical-accessories collections, spends on some more equipment. NBA star Kyle Kuzma is next seen owning his own Porsche. Rich Homie Quan buys a fully restored 1800s piano for 9000 grand and Cousin Stizz gets himself a diamond-studded grill after fulfilling his weed demands. Rapper Curren$y purchases an all-new Rolls Royce and takes it for a spin, while baseball star Jo Adell invests in an extravagant wardrobe.

As season 1 progresses, we meet actress and singer Serayah, scouting for some rare Michael Jackson memorabilia. Meanwhile, producer and artist Darwin catches hold of some brand-new studio equipment. Rapper A-Boogie With Da Hoodie is all suited up in his new tuxedo while Dante Brown overhauls his studio with high-end recording equipment.

Mally Mall adds yet another piece to his luxe car collection and Josh Hart purchases a fresh set of water sports gear. Shameik Moore invests on a collection of swaggy outfits while rapper SK gets himself a new tattoo and bargains over carats and bills. Justin Skye splurges in a jewelry store and Creek Boyz flaunt their gold chain collections.

Season 2 embraces a similar premise, where we follow more of our favorite celebs as they “drop some cash and spend some racks”. We see our stars pushing it to the limits on racing car tracks, treating themselves, and getting the party started. We also get to hear some interesting stories about their backgrounds — which include growing up in hoods, being homeless when writing the first record, and narrating a time when making a bit of money took a painful amount of time. They add that their ability to spend, in fact, symbolizes how hard they had worked and sometimes, it feels good to indulge themselves. And of course, when one reaches such a status, why worry while dropping some cash when you know you are going to earn it right back?

We expect the show to continue taking us on tours with celebrities and their rich extravagant lifestyle in season 3.

Droppin’ Cash Season 3 Release Date: When will it premiere?

‘Droppin’ Cash Los Angeles’ season 2 premiered on Netflix on August 30, 2019. Its entire second season run comprised of 13 episodes of 22 minutes each. As far as the next season goes, here’s what we know. First, the show has an easygoing format that is already tried and tested. Second, there’s already a target audience out there who love to watch their favorite celebrities spending money.  All in all, it is just a matter of time before the show get renewed. You can expect ‘Droppin’ Cash Los Angeles’ season 3 to release sometime in June, 2020. We will update this section as soon as we hear more.

While we wait for ‘Droppin’ Cash’ season 3, revisit the previous episodes and the trailer of season 2 right here.