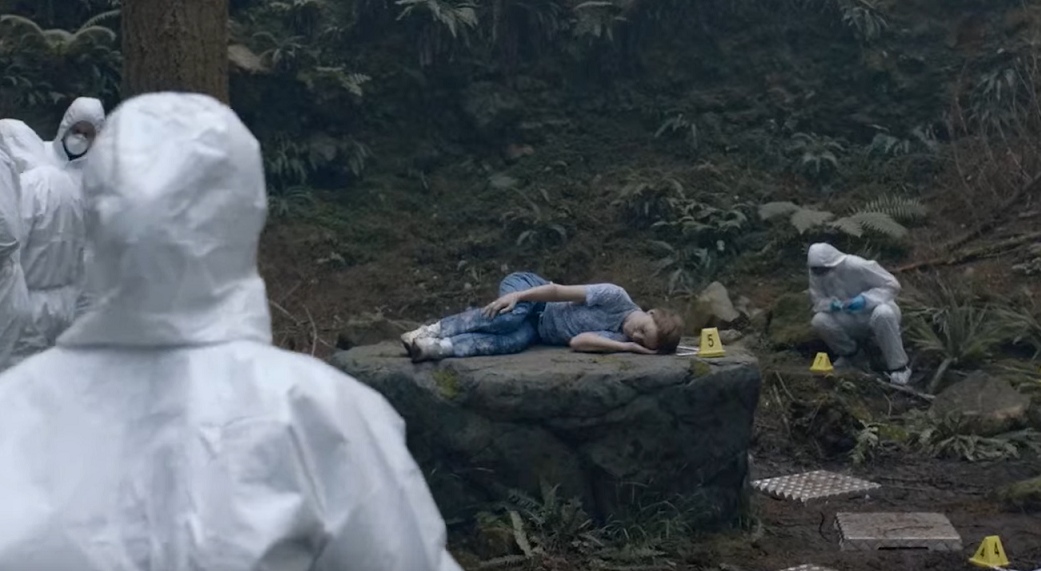 ‘Dublin Murders’, a psychological crime thriller, based on Tana French’s Dublin Murder Squad book series, originally premiered in the UK on BBC One and in Ireland on RTE. Starz owns the rights for its distribution in the US. The first season adapts the first two novels from French’s creations, namely ‘In the Woods’ and ‘The Likeness’.

The show revolves around detectives Rob Reilly and Cassie Maddox, who are summoned to investigate the murder of a girl child in Dublin’s outskirts. However, as the duo delves further into the dark case, they unravel a web of buried secrets that threatens their friendship and questions their past.

The first season of the show received some excellent reviews. Now, the question arises: will there be a ‘Dublin Murders’ season 2? Let’s find out.

Dublin Murders Season 2 Release Date: When will it premiere?

‘Dublin Murders’ season 1 premiered with its first episode in the UK on BBC One on October 14, 2019. It released for its US audience on Starz on November 10, 2019. The series wrapped up its first season with its eighth episode on December 29, 2019.

As far as the next season goes, there hasn’t been any official announcement yet. Though what we do know is that if the makers decide to continue the series, there’s no dearth of source material. There are a total of 6 books in the Dublin Murder Squad book series. Since the first season adapts only first two of those books, there are still 4 books left to be adapted. If renewed, ‘Dublin Murders’ season 2 can release sometime in October 2020. We will update this section as soon as we hear more.

Dublin Murders Cast: Who is in it?

Dublin Murders Plot: What is it about?

‘Dublin Murders’ introduces us to Rob, a smart detective with an English accent that easily sets him apart from the rest of his peers. He is given the responsibility of solving the murder case of a young girl that takes place in the outskirts of Dublin. Rob is accompanied by his partner, Cassie, who also happens to be his close friend. However, when Rob is forced to look into another case that involves missing children, he has to confront his own darkness. As the case unravels, Cassie and Rob’s bond is tested and when the former is dispatched to tackle another homicide, she is forced to face her own terrifying reckoning.

‘Dublin Murders’ is a riveting crime drama that manages to keep you hooked from the first scene itself. One of the best police procedural series in decades, it brings in the rare yet compelling combo of film noir and dark fairy tale fables, wonderfully capturing the unsettling subject matter of its source material. It starts with the missing case and then murder of 13-year-old Katy Devlin. As Rob and Cassie dig into the incident, they eventually discover her body, ritualistically draped across an ancient Irish alter, located deep within the woods. Additional investigation proves that Katy’s skull had been ruptured and she was suffocated to death.

The first turn of events immediately has a negative impact on Cassie, who decides that the darkness surrounding the case, coupled with the emotional trauma of a child’s murder, is too much to handle. As the episodes progress, we learn about two stories — one is the current case and the other is an August afternoon in 1985 when three young friends vanish in a wood outside Dublin, but only one survives to tell the tale. The latter case is portrayed via flashbacks. Adam, the boy who lived after the ordeal, cannot recall what happened and this leaves the parents of the other two victims totally frustrated.

However, in a twist of events, we come to know that the young Adam is now the adult Rob. Now, when it is evident that both these cases are eerily similar, Rob has to solve the mess while being under the burden of his own horrifying childhood.

‘Dublin Murders’ is a crime drama, true. But it goes further into the ‘whodunnit’ scenario and dismantles it more — by exploring how trauma can shape and sometimes mask memory. It also draws a bit of inspiration from Celtic Tiger Ireland. According to star Killian Scott, “The Celtic Tiger has some influence but I wasn’t that conscious of it when we were filming because we were focusing on the investigation, but then when I got to see the first two episodes recently I noticed more how that has an impact on the story and the desperation of a couple of the central characters which is related to the financial crash that was coming.”

Scott further added that ‘Dublin Murders’ is definitely a psychological thriller and it has some action as well. But the tense, taut story is designed to delve deep into the human psyche and explore how the past, memory, identity and work-related pressure come together to make any individual reach his or her breaking point.

You can watch the official trailer for season 1 of ‘Dublin Murders’ below: