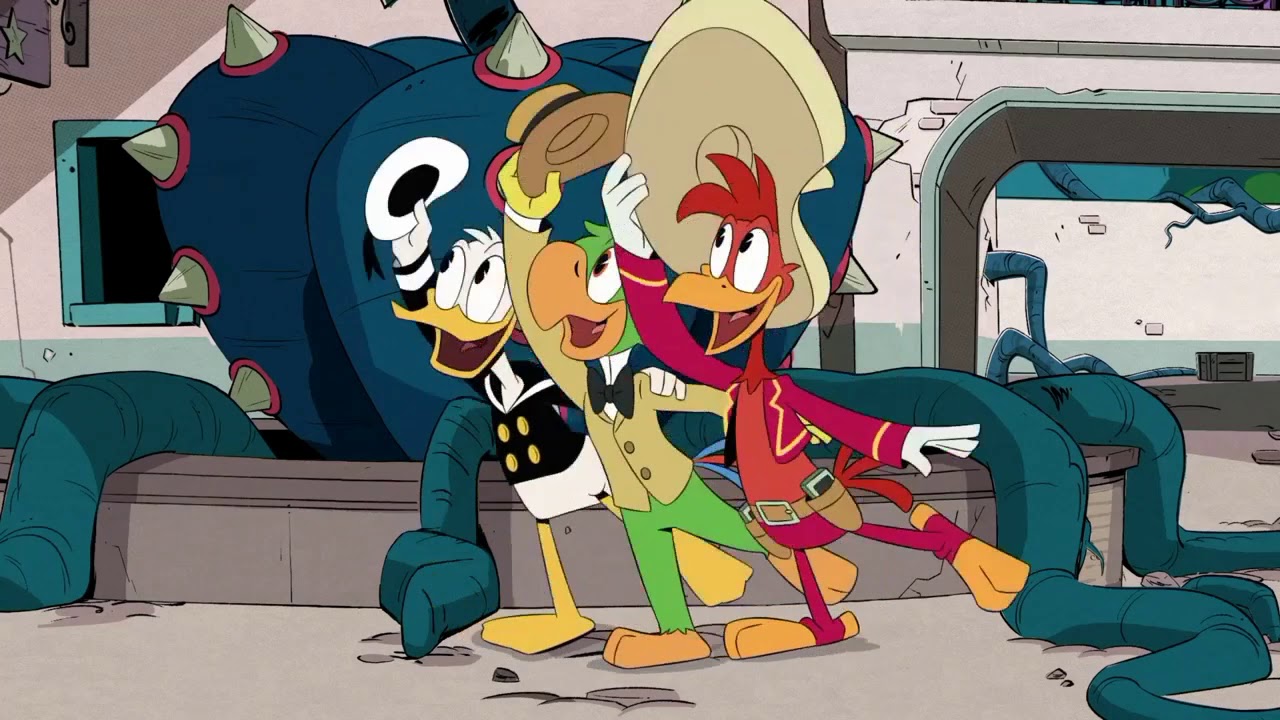 ‘DuckTales’ is a reboot of the 1987 series of the same name. As you can understand, we follow one of the most iconic characters in animation history, Donald Duck. Along with him are his nephews Huey, Dewey, and Louie. Over the seasons, the show has managed to hold our attention with humourous instances, and essential lessons.

Currently, ‘DuckTales’ is on Season 3 and is off to a pretty great start. The most recent episode gives Launchpad a chance to shine. Despite being the butt of jokes, for the most part, he gets to play a suave spy in the installment, which is a James Bond spoof.

While Steelbeak is up to his evil schemes, Dewey and Launchpad think they’re playing an AR game at the Funso’s Fun Zone. However, Launchpad gets blasted with an intelligence enhancement ray and ends up saving Dewey. Naturally, you might be curious about what the upcoming episode has in store. We have got you covered, and will also tell you when and where to watch the next installment.

DuckTales Season 3 Episode 4 Release Date: When Will It Premiere?

You can stream ‘Duck Tales’ online on YouTube TV, DirecTV, and Sling TV. Some of these platforms even offer free trial periods before charging you for their services. Amazon Prime subscribers have the option to buy and stream the episodes individually.

The upcoming episode is titled “The Golden Goose Pt. 2”. It sees the family on a new adventure, and this time they are together. The family joins a zen mermaid society. Although they aim to get to the bottom of a mystery, things are not what they appear to be within this group.

Louie gets convinced that the mermaids have their agenda. Naturally, the episode promises a degree of thrill, and there is an element of mystery surrounding it. However, with the suspicion being shifted towards the mermaids, their zen group starts looking more like a cult.

Will our favorite family get to the bottom of the mystery? Will they survive the hidden agenda of the mermaids? Or will the mermaids be able to oust them before they get results? The answers and much more can be found in the upcoming episode of ‘DuckTales’.

Of course, there is always a good chance that Louie is acting out of paranoia. Louie might also have a fear of the strange mermaid clan. Either way, however one shapes it up, the new installment promises to be an enjoyable experience which will leave us guessing about the true intentions of the mythical sea creatures.