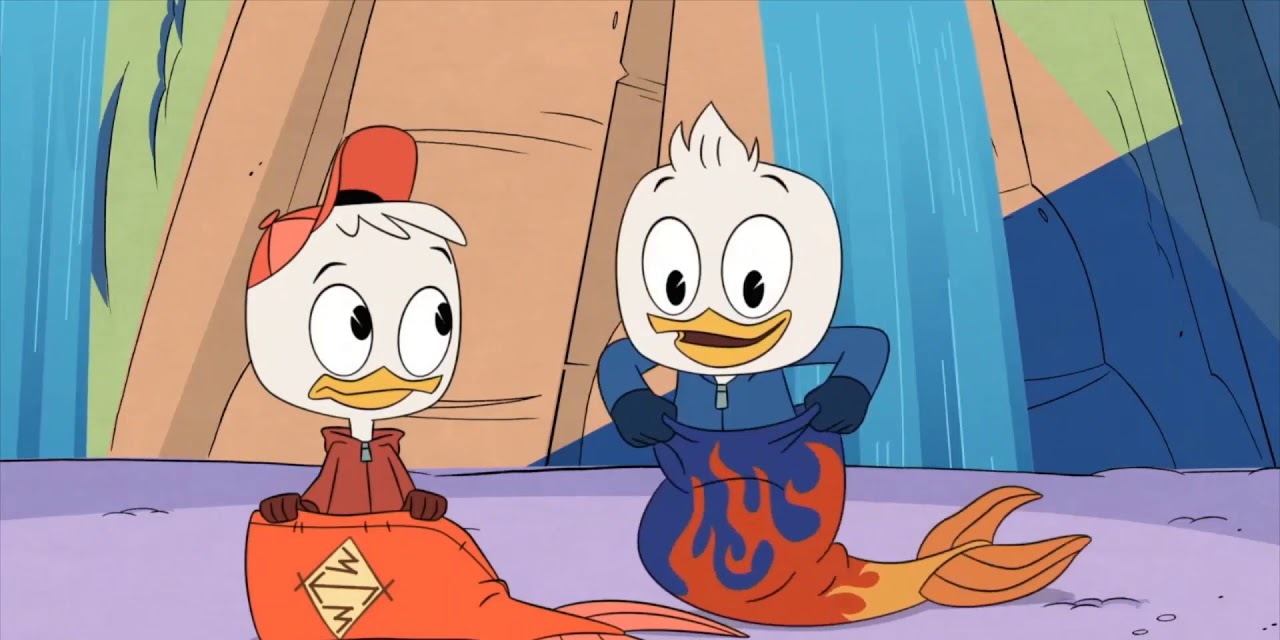 ‘DuckTales’ is a reboot of the popular 1987 eponymous series. Currently, in its third season, the series continues to showcase the bold and fun-filled adventures of the Duck family. It comprises the richest duck in the world, Scrooge McDuck, his nephew Donald Duck, Donald’s twin sister Della Duck and her unruly but sweet kids Huey, Dewey, and Louie. The triplet’s friend Webby and her grandmother Mrs. Beakley also join the Duck family on their escapades.

In the latest episode, our favorite feathered family dives in the underwater community of Mervana and offers assistance in unraveling the mysterious occurrences in the mermaid world. Now, you must be wondering about what goes down in the upcoming episode, i.e., ‘DuckTales’ season 3 episode 5? Well, we are here to help you with that.

The upcoming episode is titled ‘Louie’s Eleven!’ In the episode, we can expect Louie to crash a high-society party to ensure that the Three Caballeros – Donald Duck, Jose Carioca, and Panchito Pistoles – can perform without any hindrance. Meanwhile, Donald might try to dodge the event’s pragmatic organizer.

You can stream ‘Duck Tales’ online on YouTube TV, DirecTV, and Sling TV. Some of these platforms even offer free trial periods before charging you for their services. Amazon Prime subscribers have the option to buy and stream the episodes individually.

DuckTales season 3 episode 4 is titled ‘The Lost Harp of Mervana.’

In the episode, the Duck family, along with Webby and Mrs. Beakley, embark upon a quest to find the lost harp of an idyllic mermaid community – Mervana. Upon reaching there, they realize that there is more to the lively and cheery Mervanans than meets the eye. They meet up with two Mervanans – Alethiea and Vero – who mingle with Scrooge, Huey, Dewey, and Donald. Louie, Webby, and Mrs. Beakley find the harp, which is nothing but an opera-singing artifact that either states or acknowledges the truth.

They soon learn that the former king of Mervana, King Honestus, has now turned into a monster after running away from his responsibilities. Webby learns from The Harp that Mrs. Beakley has been lying to her about many things over the years. Of course, Webby is heartbroken, but Louie, the voice of reason, pushes Webby to see through her grandmother’s lies, asserting the fact that Mrs. Beakley only has Webby’s best interest at heart.

Towards the end, Honestus emerges out of nowhere and launches an attack on the Mervana society and the Duck family. Louie encourages Webby to motivate Alethiea and Vero, who bring all the Mervanans together and fight Honestus until he is defeated. As the family bid farewell to the community, the Mervanans vow to rebuild their dilapidated society with hope, positivity, and collective strength.