DuckTales S03 E07: Everything We Know 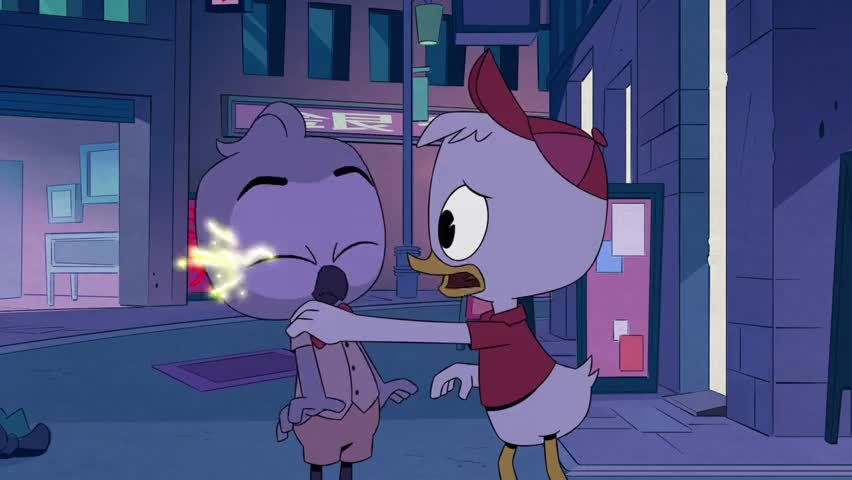 The new ‘DuckTales’ simply reboots the popular 1987 series of the same name. We are currently on Season 3, and the adventures have only gotten better with time. The series reintroduces us to the family, including the iconic Donald Duck and Huey, Dewey, and Louie, his nephews. We have seen various fun outings, including a cult of mermaids, and an attempt to break into a popular function to gain recognition.

The latest episode of ‘DuckTales’ sees B.O.Y.D. a robot boy befriending Huey. The latter soon stumbles upon the former’s rather obvious secret due to the laser eyes, and takes him to an underwater laboratory, to get the malfunctions fixed. Among the people at the lab is Gyro, one of the inventors, who declares that B.O.Y.D. must be taken back to Japan.

They travel to Tokyolk (note the pun), where they come across a tough police officer. Initially, the cop is wary of the robot because of his previous run-ins. However, his mind is put at ease. The real danger arises when Dr. Akita, an evil individual, plans on unleashing a destructive invention upon the city. However, the day is saved ultimately, and you might be wondering what the upcoming episode has in store. We have the spoilers and information about when and where to watch it.

DuckTales Season 3 Episode 7 Release Date: When Will It Premiere?

The title of the upcoming episode promises a fight, and the reference to Ragnarok means there is a link to Norse mythology. Well, we will see Dewey embrace his inner warrior as he has to defeat the Viking wrestling champion, Jormungandr.

As their battle royale will decide the fate of the earth, the stakes are understandably high. In Season 3, ‘DuckTales’ has parodied several genres and present works of art. It appears that the upcoming episode will tackle mythology. While the fight between Dewey and the Norse warrior is sure to draw our attention, the crux of the episode will undoubtedly encompass the reactions and incidents that unfurl surrounding this battle.

Ultimately, the series is not known for its violent depictions, so we expect lighthearted and humorous handling of the content. With the risky stakes, Dewey will have to undergo a tough journey, which is bound to let us learn more about the character.