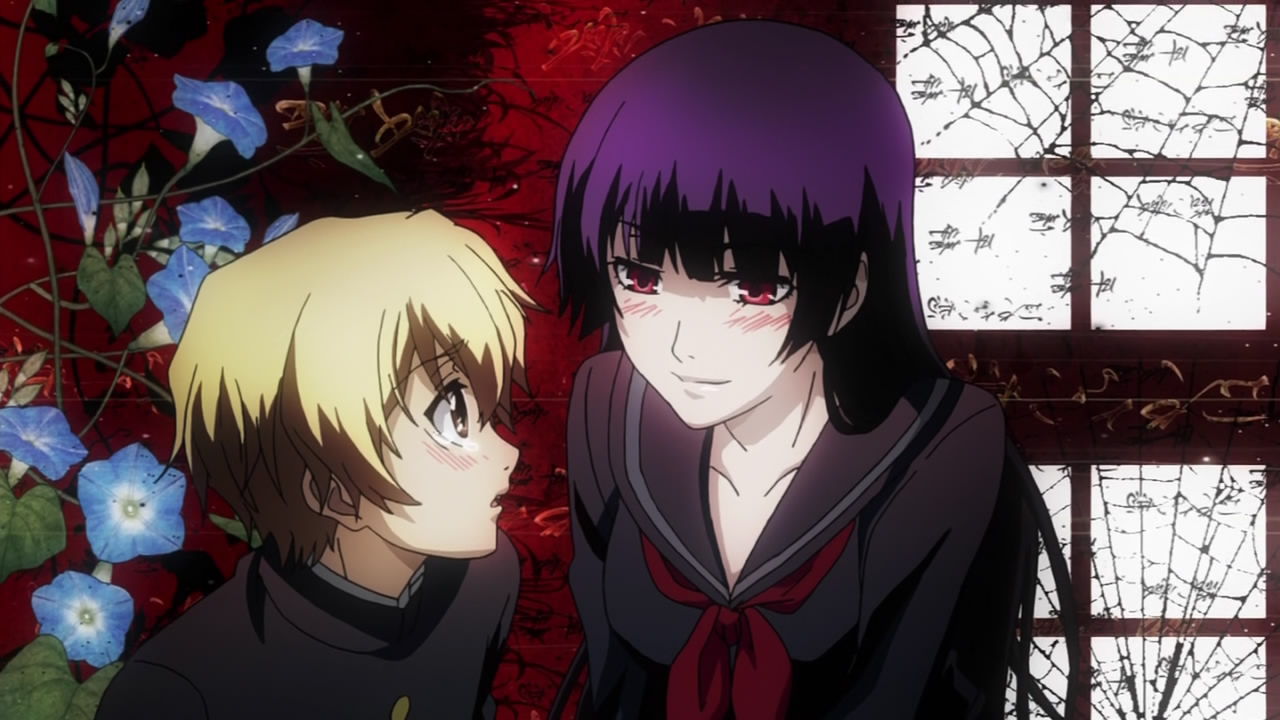 The title ‘Dark maiden of Amnesia’ is enough to get the attention of a viewer but the first impression that you may get from the title is that it’s going to be somewhat of a dark anime. But in the beginning you’ll feel that it is one of those “cute girl doing cute things” type of shows. However, after a few episodes of ghost trolling, by introducing a flirtatious maiden who is way too attractive to be a spirit, the anime starts taking a serious turn.

Soon, the story drops into a rather eerie atmosphere where it takes you through some nail-biting mysteries and unpredictable plot twists. However, this is not exactly like ‘Another‘, which is one anime that can literally scare the hell out of you from the first episode itself. ‘Dark maiden of Amnesia’ takes a rather different approach and tries to mix some very different themes. And though while doing this, it does take some damage along the way; in the end, it turns out to be surprisingly good.

‘Dark maiden of Amnesia’ also has some fan-service moments here and there that are not too aggressively forced into the story. These are mostly used for reflecting the personality traits of the characters and because of this, it is bearable for the most part. The visuals of the show are surprisingly gorgeous and are able to capture the dusky undertone of the haunted school. Silver Link Studio has surely done a great job here with the art and they’ve gone beyond what is expected from them. Overall, ‘Dark maiden of Amnesia’ is quite an entertaining anime that somehow manages to balance out its comedy moments with its serious tone. It may not necessarily be as “terrifying” as other horror anime but it sure as hell will keep you at the edge of your seat throughout.

Dusk Maiden of Amnesia Season 2 Release Date: When will it premiere?

‘Dusk Maiden of Amnesia’ Season 1 premiered on April 9, 2012 and with a total of 12 episodes, it came to an end on June 25, 2012. The show received a lot of love from many anime viewers and some would even downright claim that it is the best out there. Considering its popularity back in the day, many fans were sure that it will receive a new season but strangely, that never really happened.

The show also drifted away from the manga. But if it still somehow finds its way back to the source material again, there is enough material for a few OVAs. However, now that a few years have gone by since its release and the popularity around it seems to be fading away, the chances of getting an OVA season also seem low. Hopefully, we’ll hear something about ‘Dusk Maiden of Amnesia’ Season 2 release date by the end of 2022 because if we don’t, then as fans, we might have to move on and accept the fact that ‘Dusk Maiden of Amnesia’ was nothing but a one-season wonder.

The English Dub of ‘Dusk Maiden of Amnesia’ is available on Amazon Prime. You can also stream it on Crunchyroll and HIDIVE with its original Japanese audio and English subtitles.

‘Dusk Maiden of Amnesia’ revolves around Seikyou Private Academy that has been built on several ancient occult myths and traditions. Since the past 60 years, the dark corridors of the Academy have been haunted by the troubled spirit of a young woman who had mysteriously died in the basement of the school. The spirit whose name is Yuuko has no clue that she is dead and has no memories of the incident.

One day, a chance encounter leads her to a student named Teiichi Niiya who somehow has the ability to see her. After she tells him about everything that she has been going through, he decides to help her out. They are soon accompanied by Kirire Kanoe, who is Yuuko’s younger sister’s granddaughter and Momoe Okonogi, a second-year student. All of them together dive deep into the mysteries of the school’s past and try to find any leads that would be able to help Yuuko. As they get more hints towards the school’s infamous Seven mysteries, they get closer to the reason behind Yuuko’s death.

Yuuko Kanoe is the troubled spirit of a young girl who had once mysteriously died in the oldest building of Seikyou Academy. After the incident, she had lost all of her memories and would just lurk around with no purpose until one day she is discovered by a student named Teiichi Niiya. The two of them together set out on an adventure to unravel the mysteries and dark horror stories that haunt the school’s past. She is quite a beautiful girl with a lean body and long black hair. She has brown eyes and when it comes to her clothes, she just keeps shifting between the new and the old uniforms of the school.

As a ghost, she has a scary and cold aura but she is actually a fun-loving person who enjoys talking to people. When she is not spending time with Teiichi, she usually wanders around the corridors of the school which leads to the creation of many new ghost stories. Teiichi is the only human she interacts with after all the years of constant loneliness and aimless roaming. That’s one big reason why she feels attracted to him later and even sexually teases him.

Kirie is another student at the Academy who is Yuuko’s younger sister’s granddaughter. But Yuuko hates to mention her as a relative as it makes her feel really old. Kirie has short black hair and has some resemblance to Yuuko. Compared to her, she has a more athletic looking physique and is also less curvy than her. Kirie tries to act all cool and displays a very confident attitude around everyone. But later, it is revealed that she can easily be broken down by sudden frightening events. She also feels jealous of Yuuko, especially when Teiichi gives her a lot of attention.

Teiichi Niiya is a first-year middle school student for the Academy who stumbles into the ghost of a girl who had died 60 years ago. He then helps her unravel the mysteries behind her past and also her cause of death. It is later revealed that he may also be related to Yuuko’s past in some ways. He is 14 years old and has medium length blond hair. He usually wears his Academy’s school uniform and unlike others, he wears it very neatly with every single button in its proper place.

Despite being so young, he is very courageous compared to his seniors and bravely walks through the old rusty corridors of the school. Even after discovering that Yuuko is a ghost, he remains calm and talks to her like he’s talking to just another normal human. While solving the case of the school’s paranormal mysteries, he takes a lot of responsibility and even goes out of his own way sometimes to help Yuuko. He also shows a lot of maturity and takes the whole matter very seriously.

Momoe is a second-year junior high school student at the Seikyou Academy and is also a prominent member of the Newspaper Club. She has an obsession with horror stories and after she somehow finds about the Paranormal Investigation Club, she forces her way in and becomes more of an informal member of the group. She speaks very politely with everyone and does so even when it is not necessary. Like almost all the other female characters in the series, she also starts to develop a thing for Yaami. She not only likes him because of his braveness but also for how kind he is to everyone around him.