Dynasty S03 E10: Everything We Know 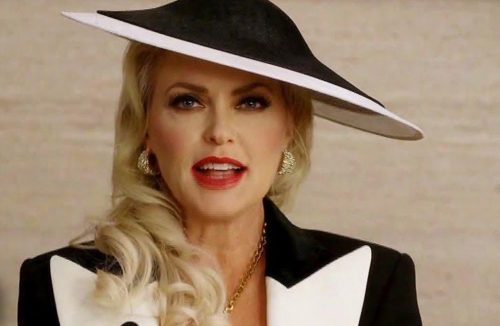 Rich families have the same problems as the rest of us, but sometimes the drama is heightened, simply because there is more at stake. ‘Dynasty‘ drives this message through, as the soap opera reboots the 1980s series of the same name. We see the Carrington family and their brewing discontent. Things start taking a nasty turn when everyone is out with their own agenda.

At one point, the family does manage to present a united front when a suspicious death takes place, but this peace is not long-lived, either. More Carringtons come flocking in, making the situation even more volatile. Now, on Season 3, ‘Dynasty’ has viewers hooked with the twists and turns, as well as the complexity of characters.

Naturally, you might be wondering about what goes down in the most recent episode of ‘Dynasty’. We are here to tell you that, right after walking you through when and where to watch the upcoming episode.

Titled “What Sorrows Are You Drowning?”, the episode sees Anders seeking help to find Kirby, while Cristal and Alexis have a historically epic encounter.

If you are a Netflix subscriber, you can watch the last two seasons of ‘Dynasty’.

You can check out the promo of the upcoming ‘Dynasty’ episode right here. We can see that no words are being spared and a confrontation is bound to be brewing. What else can one expect when a woman is accused of losing her taste in men and her fashion sense!

The episode starts with Fallon confronting Adam, whose ribs are broken. It turns out that he burned down Blake’s vineyard, but Adam is confident that Fallon will be blamed. Jeff and his mother meet each other at court, and though they are on bad terms, his mother asks him whether Alexis has her hooks in the boy.

Fallon finally goes on to tell Blake that it was Adam who burned the vineyard down. Meanwhile, Alexis takes the stand and says that she saw Blake kill Nathan. Fallon is a little confused by the testimony and confronts her father, who says that Alexis is lying. While Fallon does a little sleuthing to uncover Alexis’ agenda, Adam tries to pin the vineyard burning on her.

However, Blake does not buy into this story, and ultimately Adam promises to make it up to him and leaves. Armed with Alexis’ journal, Blake tries to prove that the established timeline on the night of the murder is wrong. Alexis is called back to the stand, and once her account of events is placed in front of the court, there seem to be some discrepancies about how long it takes to get a spray tan.

The jury deliberates but is caught in a deadlock. The case is claimed to be a mistrial and Blake is free. Fallon is thanked for exposing Alexis’ lies. Later, as Jeff’s mother is coming up the stairs, Alexis nudges her, leading to a fall. Blake and Adam have a serious confrontation where the former asks the latter to leave, despite Adam having spent his savings in buying Blake a new vineyard.

Jeff’s mother seems scared for her life and plans to leave for New York, leaving Alexis to get her hooks deeper into Jeff. Blake seems convinced that he has done the right thing with Adam. Undoubtedly, the actions of this episode will have consequences in the episodes to come.