When is Dynasty Season 3 Episode 20: What’s In Store? 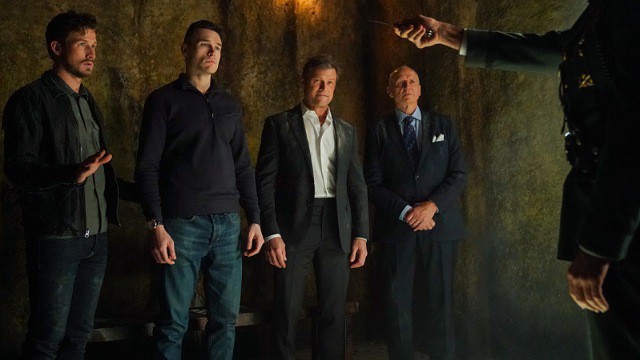 The world of Carringtons is as drama-filled as ever, as ‘Dynasty‘ Season 3 heads towards the end. We have had a fantastic arc where we’ve learned more about what drives the characters the extent they are willing to go to, so their interests are served. In the last episode, we see Cristal have her big charity event, where she crosses the line and sleeps with a priest. Blake edges closer to finalizing a vital deal, and Fallon tries to find the perfect wedding gift for Liam. However, she also plots revenge against Vanessa and Dominique. With the end approaching, you must be curious about what happens in the penultimate episode. We have the rundown and information on when and where to watch the upcoming finale.

Since cord-cutters are on the rise, options have been made available to them as well. You can head to Fubo TV and watch the latest episodes. The platform offers a free trial period before charging you for services. Amazon Prime users can buy and stream the episodes. If you are a Netflix subscriber, you can watch the last two seasons of ‘Dynasty.’

The finale sees Fallon get her surprise bachelorette party, and understandably things are as crazy as one can expect in the Carrington family. We see a familiar sight with bottles strewn on the ground, but the real twist comes when the party seems to include a snake slithering on the floor. Check out the promo for the upcoming episode below.

The episode starts with Blake and Anders in a tight spot. They are being held in a dungeon, in Moldavia. The king demands the return of oil tankers for their freedom. The duo is not willing to budge. Meanwhile, Adam and Liam launch an escape plan, where they fly to the foreign kingdom and use Liam’s contacts to get Blake and Anders out.

However, the great escape is nipped in the bud when Liam and Adam manage to get themselves thrown into the same dungeon as Blake and Anders. Luckily for them, Sam had joined the little escape mission and is still on the plane. Less lucky for them is the fact that Sam is drunk and hallucinating on pills. However, he manages to embark on a spy-like mission, crawling through the vents.

Among themselves, they manage to subdue a guard, and Sam instructs them to escape through the vents. Adam joins them a little later but is miffed at Blake for keeping the oil due to his father’s greed. The group flies back to safety after their little foreign adventure.

At home, Fallon has her problems as a woman sues them for some bad advice. She’s been told to get behind the wheel and not look back, as a suggestion on how to move past problems. However, literally following the advice gets the woman into an accident. Fallon is not willing to settle initially, but Evan tells her that people support the underdog. Eventually, Fallon and Alexis reach an agreement with the woman.

We see that Evan might have been more involved in the case than we are led to believe. He wants to be the hero in Fallon’s life and is put off when she tells him she’s marrying the man of her dreams and doesn’t want to lead Evan on. While the marriage approaches, will Evan interfere in Fallon’s plans? The finale is bound to answer this and much more.