Dynasty Season 4: Everything We Know 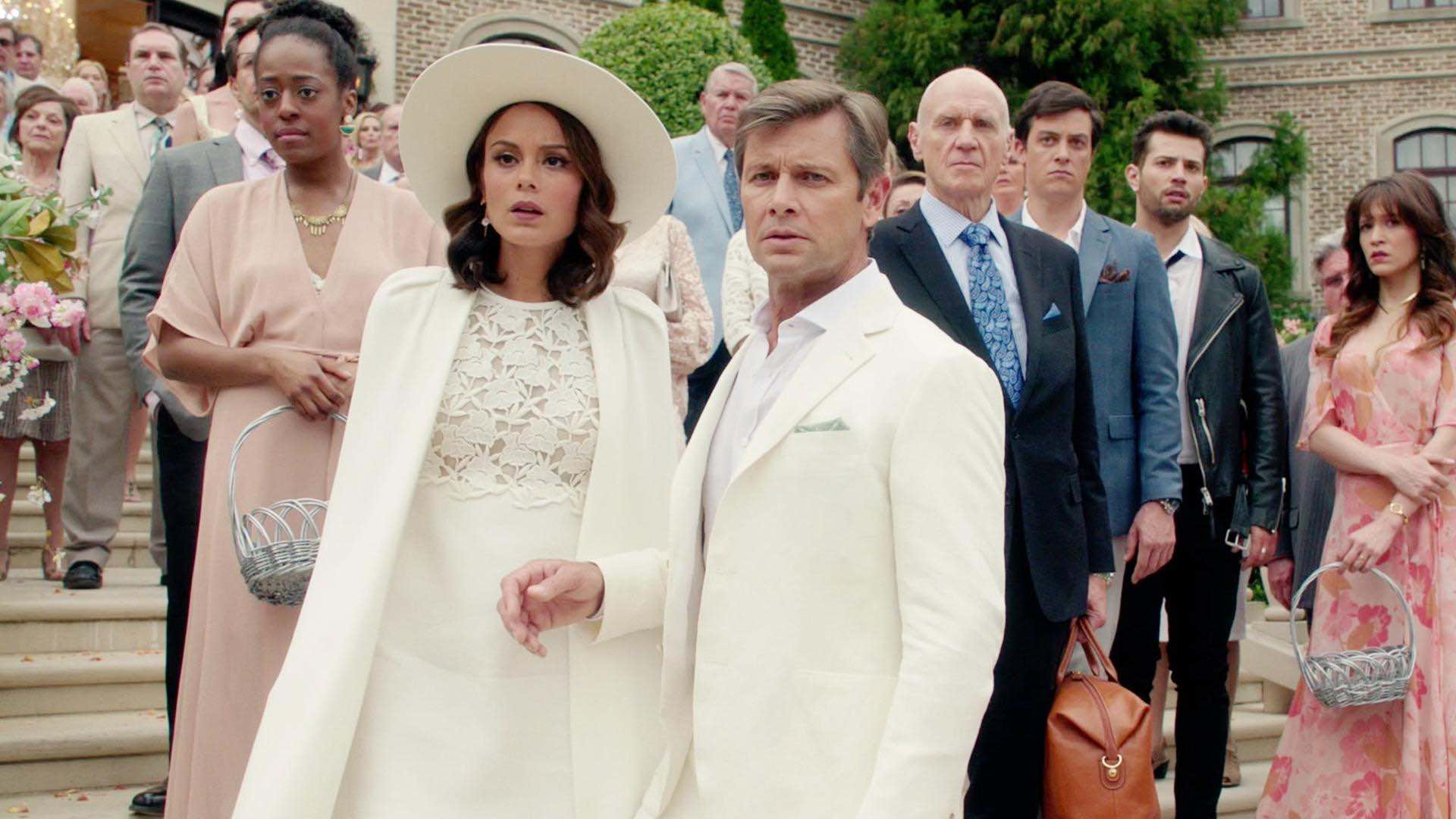 Created by Sallie Patrick, Josh Schwartz, and Stephanie Savage, ‘Dynasty’ is a soap opera based on the eponymous 1980s series. It follows the complicated Carrington family, where each of the members has an agenda. The show begins with Fallon trying to break up her father’s new relationship with Cristal, her rival employee at the family company. As her plans backfire, what ensues is betrayal, chaos, and more drama.

The series premiered on October 11, 2017, on The CW. Although the show received a mixed response from the critics, it enjoys a loyal fanbase due to its reputation as a “glamorous guilty pleasure.” After three seasons of high-octane drama, the question arises: will ‘Dynasty’ be back for a fourth season? Here is what we know!

‘Dynasty’ season 4 will release on May 7, 2021, at 9 pm ET on The CW. The fourth installment comprises 22 episodes with a runtime of 40-43 minutes each. The series was renewed for its fourth installment on January 7, 2020. The episode count remained unaffected by the pandemic, unlike season 3, which had two episodes lesser than the usual 22. 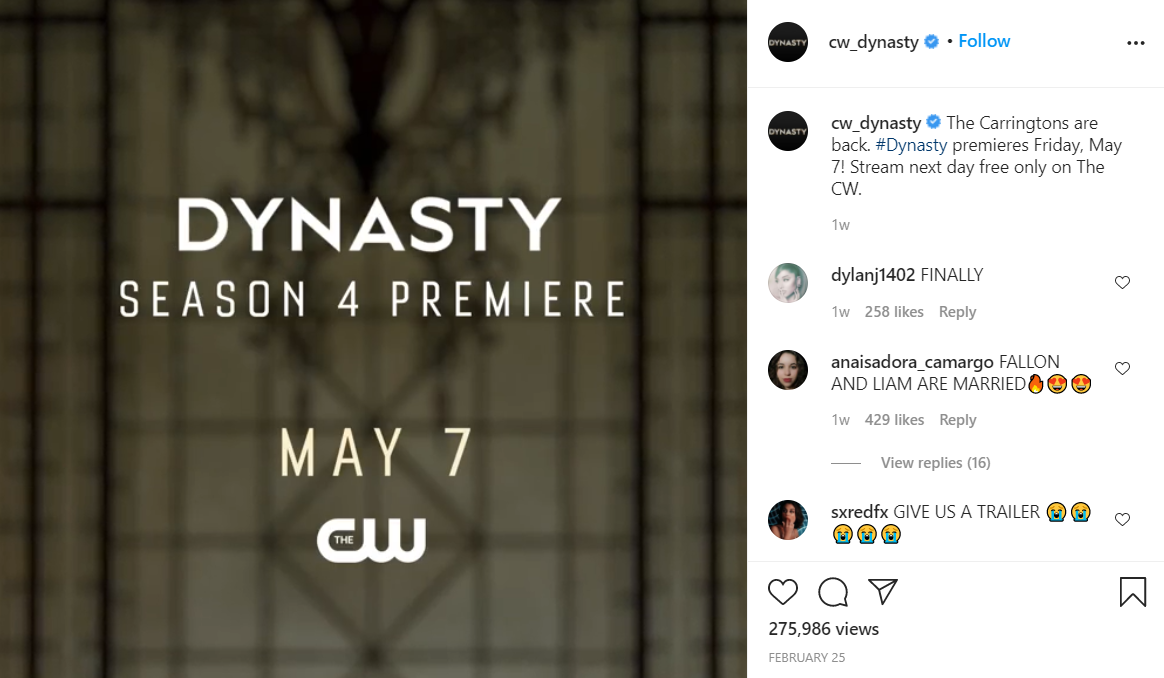 However, the production schedule was delayed by five months. The fourth season finally commenced filming in October 2020. Naturally, the filming process was slower than usual, considering the new protocols that had to be followed. The new mandate also made the shoot days shorter, and the working hours were limited to 12 hours or less. Therefore, they had to film multiple episodes at a time, which had to be shot out of order. The fans would be delighted to know that the series was already given the thumbs up for the fifth season on February 3, 2021, way ahead of its season 4 release.

Fallon and Adam are Blake’s children with Alexis, his ex-wife. Alexis has another child called Steven, which makes him Fallon and Adam’s half-brother. She is now married to Jeff, who is Dominique’s son. Dominique is Blake’s half-sister, making Jeff Blake’s nephew. Sammy Jo is Steven’s ex-husband and Cristal’s nephew.

Dynasty Season 4 Plot: What can it be About?

By the end of season 3, we know that Blake and Cristal’s relationship has hit a rough patch. Adam realizes that he needs to step out of the shadows of the Carrington family, but he ends up making things messy. This, in turn, puts his relationship with Kirby in jeopardy. Alexis and Dominique form an unlikely partnership to get what they feel belongs to them, even if it means going behind Jeff’s back.

The third season had to be cut down by two episodes due to the abrupt halt in production caused by the pandemic. Therefore, the showrunner Josh Reims revealed that the fourth season would incorporate the events that were supposed to shape up in the two unproduced episodes of season 3. This means we will finally get to see Fallon and Liam get married, but their troubles are far from over.

The fourth season can also feature Blake locking horns with Alexis, Jeff, and Adam, while the Moldavians return into the picture. In the upcoming season, we can expect to see Steven’s political career take shape. We will also get a black-and-white episode in season 4 as we did in the third season. With the significant changes in place, the fourth season will certainly feature the trademark relationship drama that the show is known for.