Earth at Night in Color: Everything We Know 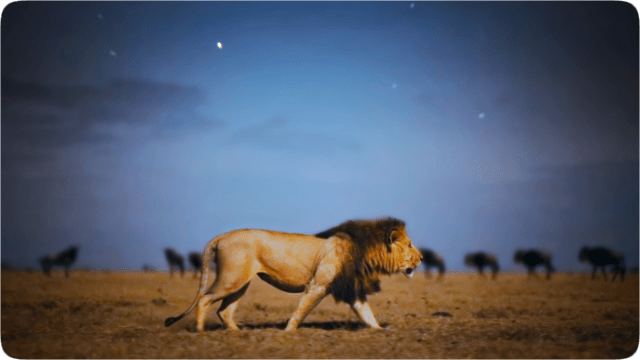 Apple has been adding several interesting unscripted shows to its collection. One such revealing nature documentary is ‘Earth at Night in Color’, a remarkable series that has been filmed across six continents. The docu-series gives a never-seen-before look into the fascinating activities of nocturnal animals, once the sun sets on the horizon. It uses super-advanced camera technology to highlight animal behavior — in full color — which has apparently been never shown earlier on primetime tv. If the adventurer in you is excited to know more about this wildlife documentary, we have you covered!

‘Earth at Night in Color’ season 1 releases on December 4, 2020, on Apple TV Plus. It consists of six episodes.

Who is The Narrator of Earth at Night in Color?

Apple is known for roping in renowned names to headline their documentary shows. And in ‘Earth at Night in Color’, Tom Hiddleston serves as the narrator. Golden Globe winner and Emmy nominee, Hiddleston, is an English actor, mainly known for starring as Loki in the Marvel Cinematic Universe. He has reprised this character in ‘Thor’, ‘The Avengers’, ‘Thor: The Dark World’, ‘Thor: Ragnarok’, ‘Avengers: Infinity War’, and ‘Avengers: Endgame’. His other notable projects are ‘War Horse’, ‘The Deep Blue Sea’, ‘Midnight in Paris’, ‘Only Lovers Left Alive’, ‘Crimson Peak’, ‘I Saw The Light’, ‘Kong: Skull Island’ and ‘The Night Manager’, among others.

What is Earth at Night in Color About?

Apple’s press release outlines ‘Earth at Night in Color’ as follows: “Narrated by Tom Hiddleston and filmed across six continents, this docuseries uses cutting-edge camera technology to capture animals’ nocturnal lives, revealing new behaviors filmed in full color like never before.” The series has been shot in remote locations like the Arctic, as well as, environments teeming with wildlife like the African Savannah, South American Wetlands, and South East Asia. Using groundbreaking technology, the series captures the true wilderness at night. In short, the show unravels the secrets of nocturnal predators in the darkness. What makes it so interesting is the fact that many of these behavioral traits are visible only in the moonlight.

When the crew filmed this documentary, they had the option of shooting only for about three nights on either side of the full moon, each month. In fact, at this time frame, different parts of the team were sent to different locations, over the globe, to make maximum use of the limited hours. But the final results are remarkable. In the episodes, we see jaguars stalking their prey, and lions, cheetahs, bears, eagle owls, and peregrine falcons exhibiting strange nighttime behaviors. We learn interesting tidbits — such as about the night vision of African lions, which is six times better than a human. We also discover that hippos are more active at night and bears interact in the darkness to avoid predators. Also, the show follows the spectral tarsier, whose eye is bigger than its brain — lending it night vision that is 100 times better than humans.

Earth at Night in Color Trailer