Eastward: Everything We Know 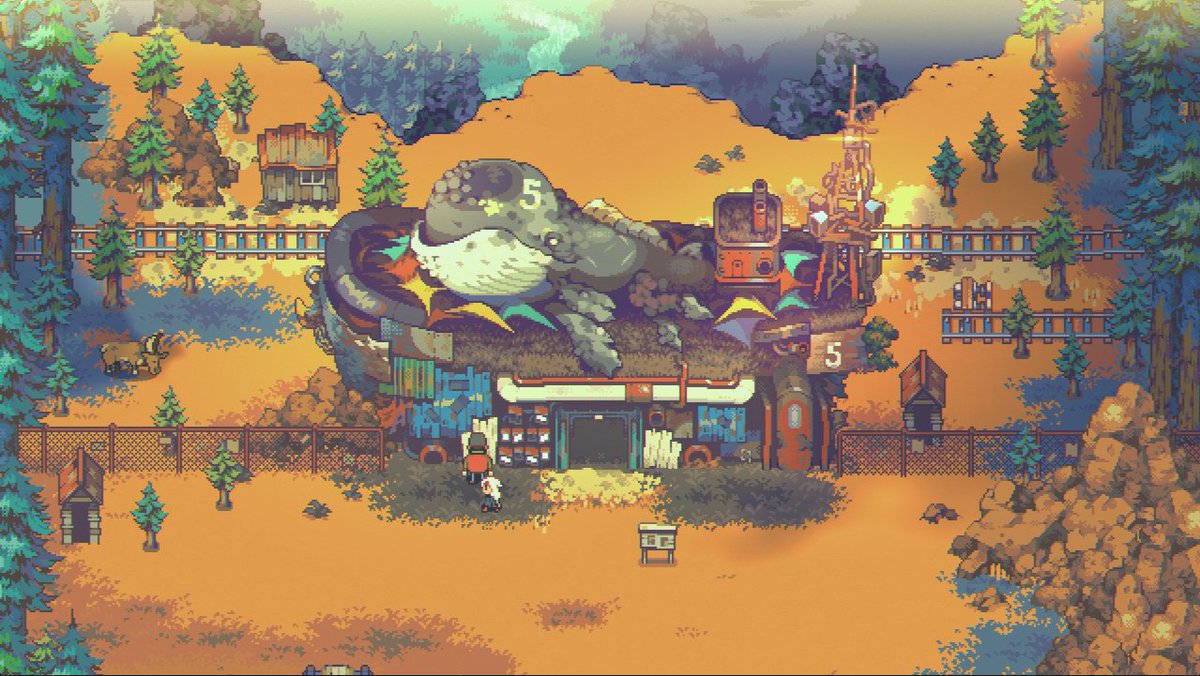 The company currently has several very interesting projects in the works right now, one of which is Chinese developer Pixpil’s Asian inspired adventure RPG, ‘Eastward’. Like most games with the Chucklefish stamp, ‘Eastward’ features an enchanting pixel art aesthetic, this time, combined with modern 3D lighting to give the game a cleaner look, as well as a nontraditional setting and storyline. Intrigued? Read on to find out everything we know about ‘Eastward’.

Eastward Gameplay: What to Expect?

The thing that immediately captivates you when you have a look at ‘Eastward’ is the game’s aesthetic, and I’m not just talking about the 16-bit pixel art style. ‘Eastward’ is inspired by the classic Asian RPGs of the 1980s and Japanese animation of the 1990s, which is evident.

The character design, cities and the rest of the world stand out from what we are used to seeing in these types of games these days. As the name would suggest, ‘Eastward’ will have you visit several fantastical locations inspired by an Eastern flair. According to the developers, the game will have areas inspired by the Taisho era Japan, Hong Kong, South Korea, India and more.

The Steam page for the game describes it as follows:
“In a beautifully-detailed and charming post-apocalyptic world, a miner discovers a mysterious little girl named Sam deep underground in a secret facility… Journey through decaying cities, encountering strange creatures and even stranger people along the way!”

Most of what we know about ‘Eastward’ right now is based on a demo of the game that premiered in late 2019. The game is set in the near-apocalyptic future, where society is beginning to collapse and the human population is at an all-time low. The demo introduces us to the two main protagonists of the game – John, a scruffy-bearded miner and his companion Sam, a young girl with ankle-length white hair who was found by John “deep underground in a secret facility”.

As you explore the world of ‘Eastward’, you will come across a variety of monsters and other unpleasant abominations lurking in forests and dungeons such as three-headed serpents, flesh-eating plants, and so on. To tackle these threats, John is armed with a shotgun as well as his trusty old frying pan for melee attacks. The frying pan has two major attack modes, quick hits with light damage or a charged hit for greater damage and range.

According to Pixpil, you will be able to find and unlock more weapons as you progress through the game. On the other hand, Sam possesses supernatural powers including an energy projectile attack and it is alluded that there something extraordinary about her.

Besides engaging in exploration and combat, a lot of your time in ‘Eastward’ will be spent solving various puzzles, many of which require you to swap between John and Sam in order to use their individual abilities to unravel the solution. For example, John can use bombs to clear away obstructive debris, whereas Sam can zap certain plants with her magical powers.

We don’t quite know whether ‘Eastward’ will feature an open world or not, but the Steam listing for the game seems to suggest that there will be “numerous towns, campsites and shady forests” for players to explore, most of which are accessible via a cross country railway. This implies that the game will feature numerous unique locations and won’t be limited to a single large area.

Eastward Developers: Who Are the People Behind the Game?

‘Eastward’ is being developed by Shanghai-based indie video game development studio Pixpil. The studio started out in 2013 with only 3 members and developed their own game engine for ‘Eastward’, which is set to be their first major release as a studio.

‘Eastward’ is being published by British developer and publisher Chucklefish, who has made a name for itself developing and/or publishing high-quality pixel art games such as ‘Stardew Valley’, ‘Wargroove’. Besides ‘Eastward’, Chucklefish is currently also working on the pirate adventure game ‘Wayward Tide’ and the magic school life simulator ‘Witchbrook’.

Eastward Release Date: When and Where Can I Play the Game?

Although there is no concrete release date for ‘Eastward’ yet, the game is expected to be released sometime in 2020.

‘Eastward’ will be playable on PC (Microsoft Windows and Mac OS X) and Nintendo Switch at launch. The lack of an Xbox One and PlayStation 4 version is very likely due to Pixpil’s status as a small indie developer, and we might yet see a version for the platforms come out sometime after the PC and Switch release.

You can watch the trailer for ‘Eastward’ right here.