Edens Zero Episode 2: What to Expect? 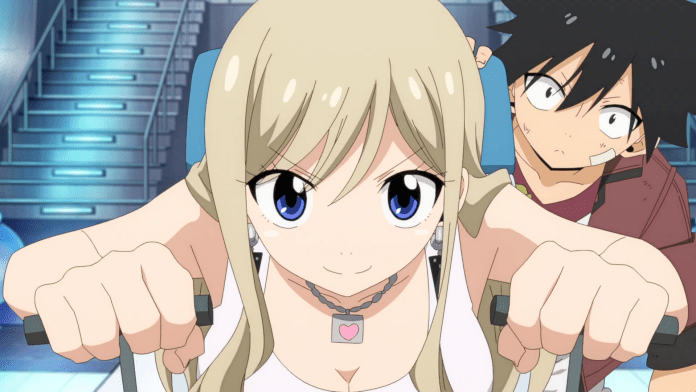 Based on the Japanese manga of the same name written and illustrated by Hiro Mashima, ‘Edens Zero’ introduces viewers to a fictional spacefaring universe that is inhabited by conscious cybernetic dragons, aliens, and monsters, who live alongside humans. The story follows the grandson of the Demon King, who, after a strange turn of events, leaves his planet Granbell and sets out in the pursuit of Mother, the cosmic goddess. The sci-fi series released on April 11, 2021, and since its second episode is about to premiere, let’s have an overview of what we can expect from it.

‘Edens Zero’ episode 2, titled ‘The Girl and the Blue Cat,’ is scheduled to premiere on April 18, 2021, on Nippon TV. The show is produced by J.C.Staff, while Mitsutaka Hirota has served as its main scriptwriter. Shinji Ishihara has helmed the production as the chief director, and the music is composed by Yoshihisa Hirano. ‘Eden Through the Rough,’ the opening theme is performed by Takanori Nishikawa, while ‘Bōken no Vlog,’ which is the ending theme, is sung by CHiCO with HoneyWorks.

The sci-fi anime is only available on Netflix as of now. Subscribers can stream the series here.

In episode 1 of ‘Edens Zero,’ viewers are briefly introduced to Shiki’s childhood and the lessons he learned from his Demon King grandpa. He lives alone on a deserted theme park on planet Granbell for hundred years before Rebecca, along with her robotic cat, Happy, arrives there from the planet Bluegarden. When Shiki encounters Rebecca and realizes she is a human being, he eagerly wants to become her friend.

Unfortunately, before they can get to know each other, a robotic uprising on Granbell shocks Shiki. He is forced to leave the planet after fighting a gruesome battle with the robots he grew up with. Along with Rebecca and Happy, he soon escapes the planet; however, it is later revealed that the robotic uprising was planned and was intended to help Shiki get over the emotional bonds that were not letting him leave. As the episode concludes, Mother, the cosmic goddess raises several vital questions about Shiki’s future. She wonders whether Shiki has it in him to fulfill his destiny and become the hero. Or is he going to fail to control his powers and misuse them as the Demon King?

In episode 2, Rebecca will probably take him to her own planet, Bluegarden, where Shiki will finally get to fulfill his childhood dream — make a lot of friends. After living alone for a century, he may take time to understand the inappropriateness of his actions before he can truly begin to grasp how he is supposed to talk to other people. Since Shiki is Demon King’s grandson, his enemies will likely start to regroup as soon as they get to know that he has left Granbell. This episode will mark the beginning of the wild adventures of Shiki and his friends as they embark on their search for Mother.