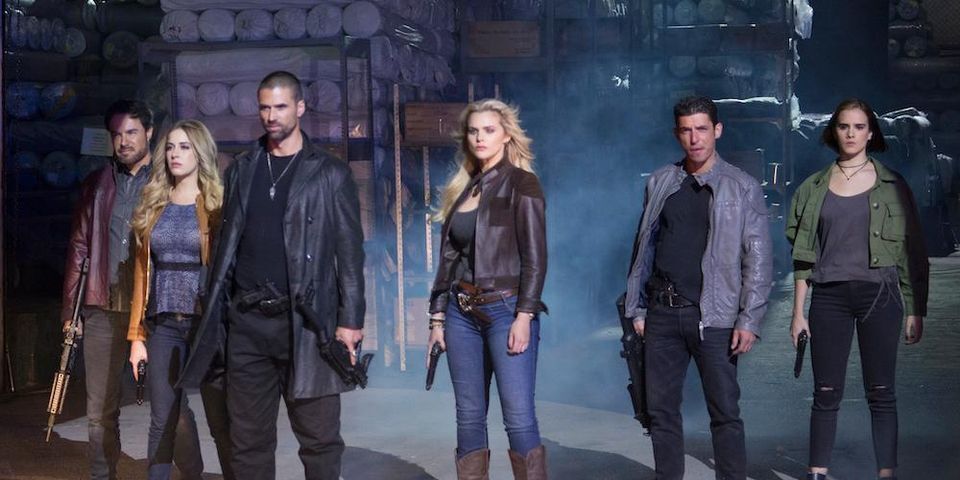 ‘El Señor de los Cielos’ also known as ‘Lord of the Skies,’ is a crime drama that showcases the life of Amado Carrillo Fuentes, one of the world’s most feared drug trafficker. Since it’s a fictionalized version, the show isn’t entirely historically accurate but manages to capture the essence of the Mexican druglord’s work. The character names have been changed and Rafael Amaya plays the titular role of Aurelio Casillas, the leader of the Juarez Cartel who is given the title of ‘The Lord of the skies’ because of his usage of Boeing 727 jets to carry out large-scale transportation of drugs to the United States of America.

Created by Luis Zelkowicz and Mariano Calasso, the Spanish-language show is based on the ideas pitched by Mariano Calasso and Andrés López. ‘El Señor de los Cielos’ first aired on April 15, 2013, on Telemundo. The first season of the show garnered a terrific response from the audiences and critics and its high-intensity season finale was touted as the highest-rated telecast in the history of the network, recording over 3.6 million viewers. It was initially advanced as a telenovela, i.e., a limited series. However, the show went on to spawn seven seasons because of its massive popularity.

Lauded for its slick editing, impressive costume design, extraordinary performances (especially by the lead actor) and gripping narrative, the multiple award-winning show has been compared to ‘Breaking Bad’ and ‘The Wire.’ Over the past few seasons, ‘El Señor de los Cielos’ has also received its share of criticism for being a drag.

Despite its success, Telemundo decided to cancel the show after seven seasons. You must be wondering: why was it canceled and is there a chance we might get an ‘El Señor de los Cielos’ season 8? Let’s find out.

As far as the possibilities of another season is concerned, here’s what we know. On May 10, 2018, Telemundo announced that the seventh season of the crime drama would be its last.

Iván Arana, who plays Ismael Casillas on the show, shared a post on his Instagram expressing his thoughts on the show’s cancellation. He captioned the pictures as “It was a real pleasure to have been part of this story. Thank you.”

As for the real reason behind its cancellation, over the last few seasons, the show has witnessed a significant dip in the audience ratings. To support the statement, even after the cancellation announcement, the show managed to garner only 1.2 million eyeballs in its series finale, that is less than half of the ratings of season 1.

Well unfortunately, ‘El Señor de los Cielos’ season 8 is officially canceled. And the rushed and bizarre series finale seemed to irk the viewers even further. So, that’s a double disappointment for the fans. At this point, it will be baseless to think that the show will be back, unless it has an ace up its sleeve. Anyway, that’s a far cry for now. Until further development, you can always watch the re-runs of the show or savor the spin-off, ‘El Chema.’