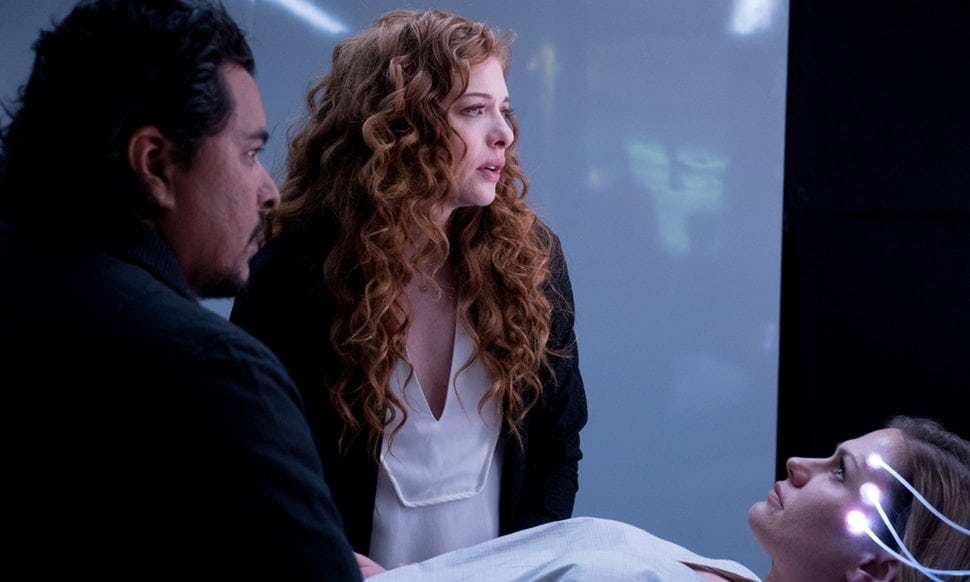 ‘Electric Dreams’ is a science fiction television anthology series that airs on Amazon Prime Video in the US and on Channel 4 in the UK. If you haven’t guessed by the name already, the show is based on the works of famed British science fiction writer Philip K. Dick, and the name of the show is a homage to and a derivative of his iconic book, Do Androids Dream of Electric Sheep?, on which the 1982 critically acclaimed movie ‘Blade Runner’ was also based.

Developed by Ronald D. Moore and Michael Dinner, the show consists of 10 stand-alone episodes of 50 minutes each, and each episode is based on a short story by the masterful British writer. The show was initially slated to be aired on AMC and Channel 4 in the US and UK, respectively, but after AMC pulled out, Amazon Prime Video bought rights to it in February 2017. Months later, Season 1 of the show premiered on Channel 4 on September 14, 2017, and the show ran up to March 19, 2018. For the US, however, Amazon released all 10 episodes at one go on January 12, 2018. Season 1 received largely positive reviews from television critics and viewers alike, and now, many are wondering whether ‘Electric Dreams’ will return for a second season. Here’s everything we know about it thus far.

Electric Dreams Cast: Who’s in it?

Being a show in which every episode is a stand-alone one, ‘Electric Dreams’ has a large list of cast members, with the cast of each episode being different. That being said, the show boasts several huge names, including ‘Game of Thrones’ stars Richard Madden and Liam Cunningham, ‘Reservoir Dogs’ star Steve Buscemi, ‘True Blood’ star Anna Paquin, ‘As Good As It Gets’ star Greg Kinnear, and ‘Breaking Bad’ star Bryan Cranston, who is also an executive producer of the show.

There are dozens of other cast members who make appearances in supporting roles in each episode, but we’ve refrained from mentioning them all as it would make this a very tedious read indeed.

Electric Dreams Plot: What is it about?

The 10 episodes in Season 1 of ‘Electric Dreams’ are all based on stand-alone short stories by Philip K. Dick, and even borrow the names of the stories they adapt.

Episode 1 is based on the short story The Hood Maker, and follows the marginalization and ghettoization of telepaths in a fictional authoritarian regime. Episode 2 adapts the short story Impossible Planet, and follows two bored space guides who try to dupe a 342-year-old woman who has dreams of visiting planet Earth, which has long been evacuated.

The third episode, The Commuter, follows a railway worker who travels to a mysterious destination to cure his son’s mental illness, but his journey ends with the existence of his son being wiped away. Episode 4, meanwhile, adapts the short story Crazy Diamond, and follows a dying humanoid robot who wants to extend her lifespan by stealing the essence (called “quantum consciousness”) which grants her life. The fifth episode of the season, Real Life, is a mindblowing one and follows a policewoman from the future and a game designer from the present as they both try to foil violent killers.

Episode 6, based on the short story Human Is, is set in outer space and follows a military captain who attempts obtain an alien substance to cleanse the Earth’s toxic atmosphere but ends up losing himself. The seventh episode of Season 1, The Father Thing, follows a young boy who, along with his best friend, discover that aliens have grown body doubles of people’s fathers. Episode 8 is based on the short story Autofac, and takes place in a post-nuclear war world where a small community of survivors have to shutdown a mega, automated factory run by a corporation in order to survive.

The penultimate episode of the season, Safe and Sound, follows a mother daughter duo from a marginalized settlement as they try to settle in a seemingly perfect and hi-tech US city. Finally, the last episode of the season, Kill All Others, follows a not-so-consumerist worker in a dystopian future consumed by video advertising, where the whole of North America is one country with one presidential candidate.

In terms of reception, Season 1 of ‘Electric Dreams’ received largely positive reviews from critics, who gave it a decent score of 73% on review aggregator website Rotten Tomatoes, and the critics consensus on Season 1 reads, “Electric Dreams’ dreamy production values and optimistic tone help make up for a lack of originality and tonal cohesion — and save the show from feeling like just another Black Mirror.” Indeed, the similarity of the show to ‘Black Mirror’ was particularly criticized in the UK, but the showrunners cannot be blamed for it since ‘Electric Dreams’ is nothing but an adaptation of existing literary works. Viewers, too, have largely given positive feedback on the show, and it enjoys a good rating of 7.3/10 on IMDb. As far as awards go, ‘Electric Dreams’ received two nominations in the 2018 Primetime Emmy Awards, apart from being nominated for other accolades such as Black Reel Awards for Television, and Online Film & Television Association Awards.

If ‘Electric Dreams’ does get renewed for Season 2, there’s no shortage of material to draw from, considering the fact that Philip K. Dick has left behind a whopping 121 short stories. In fact, that’s enough material for 12 10-episode seasons.

Electric Dreams Season 2 Release Date: When will it premiere?

Despite a year having passed since Season 1 of ‘Electric Dreams’ finished airing in early 2018, there has been no official word on the future of the show yet. As far as the next season goes, we don’t have an official announcement yet. Though the acclaim that show has received, we expect it to get renewed. Our best guess is that if the show does get renewed, Season 2 of Electric Dreams can release sometime in early 2020. We will update this section as soon as we hear more.

While we wait for an announcement on the future of ‘Electric Dreams’, here’s the trailer for Season 1 to give you a glimpse into what it’s all about.