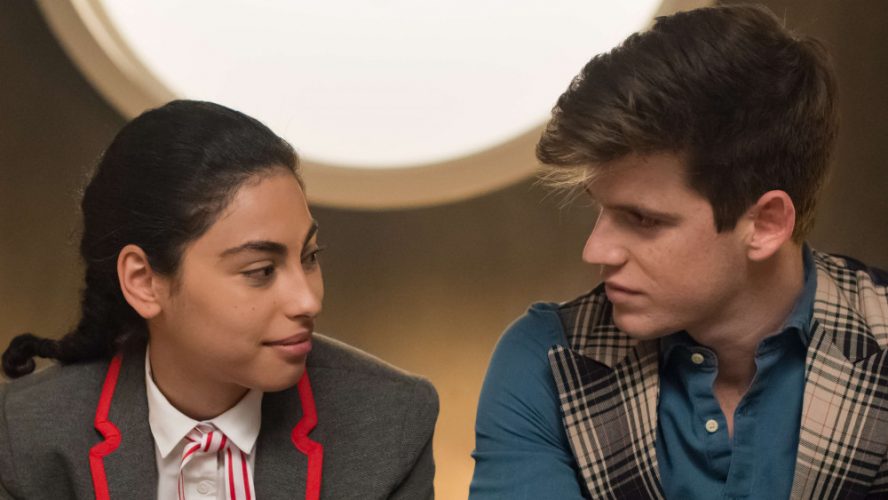 If you look at Netflix’s various charts and graphs about its viewership over the year, you will easily notice a steady incline of a non-American international audience. Evidently, the platform’s de facto primary market, the U.S., has long been dethroned in terms of viewership distribution by this ‘international audience’ category – which is only natural, given how Netflix has gained traction in the Asian countries in the recent past. Currently, the collective non-American viewership stands roughly at 59% of Netflix’s total traffic. So it does not come as a surprise that Netflix’s sole roadmap of late has been all about gaining more prominence as a global platform. The easiest way of doing this is perhaps, somewhat paradoxically, localization – but Netflix’s strategy has been more about identifying the bigger markets and then spending their way into it.

Netflix’s multi-billion dollar budget to sink solely on fortifying their anime library and trying to be a mainstream anime distributor, even, has been well-documented, but the bigger picture comes into focus when you factor in the national and local TV scenes of various regions – K-drama and South-East Asian shows on the one hand, and the European languages on the other. By the latter category, the most low-hanging fruit is, of course, Spanish and Latin American original productions; Spanish-language telenovelas and TV dramas doubtless has the biggest market among all its peers.

Elite is a Spanish thriller crime web television series that premiered on October 5, 2018, on Netflix. It is created as well as written by Carlos Montero and Darío Madrona, directed by Ramón Salazar and Dami de la Orden, and the soundtrack composed by Lucas Vidal. It is executive produced by Carlos Montero, Diego Betancor, DaríoMadrona as well as Iñaki Juaristi and produced by Francisco Ramos. The series was filmed in Sierra de Guadarrama, Madrid by Zeta Producciones. The show revolves around three working-class teenage kids who get recruited in a well-known private school in Spain. The conflicts between them and the rich students lead to murder within the school.

Elite Cast: Who is in it?

Elite remains consistent in terms of production value throughout, but do not go in expecting a superbly famous cast. The show does not sell itself on being star-studded, and all the lead actors are relatively fresh faces on the Spanish web-series scene. The three working-class protagonists are played by respectively Itzan Escamilla (Samuel), Mina El Hammani (Nadia), and Miguel Herran (Christian) – all local Spanish actors, leaving aside El Hammani’s Moroccan origin.

Most of the main cast members will most likely return if a season 3 happens.

Elite Plot: What is it about?

The plot revolves around three working-class friends named Christian (Miguel Herrán), Nadia (Mina El Hammani) as well as friends—Samuel (Itzan Escamilla). One day, their school collapses due to poor construction. Soon they are sent to a new school in Las Encinas after receiving a scholarship from their former school. They enrol in one of the high-class private schools in Spain. Later on, they realize that the school is filled with rich kids. At the school, they get cold-shouldered by all wealthy students.

However, Samuel befriends the fierce Marina (María Pedraza). Marina’s father is the leader of the construction company who was responsible for the destruction of their previous school property. Nadia also befriends Guzmán (Miguel Bernardeau) who is popular for his captivating personality. Guzman’s girlfriend Lu (Danna Paola) decides to take Nadia’s virginity to take revenge. At the same time, he gets dragged into a polyamorous relationship with an upper classed couple Carla and Polo. Soon the trio realizes that the school is corrupt on the inside. They end up getting involved in drugs, debts, resentments, the clash of lifestyles, murder, envy as well as sexual attractions. This forms the premise of the series.

The second season of Elite picks up from where first season leaves off where Nano is arrested for Marina’s murder despite the real killer being <spoiler alert> Polo. Samuel confronts several of his friends involved in the murder and in the end is able to expose the hidden truths and dark secrets behind the crime.

Season 2 is a closure in itself, but as we saw with 13 reasons why, there’s always a way to take the story in a direction that can into another season. So, if season 3 happens, it may continue to revolve around Samuel’s high school.

Elite Season 3 Release Date: When will it premiere?

Elite season 2 premiered on September 6, 2019, on Netflix. As far as the next season goes, we don’t have an official announcement yet, but we still have some good news.  In press conference in Madrid on August 30, 2019, cast and creators revealed that the next season is already in the works. They didn’t reveal the release date, but our best guess is that Elite season 3 might come out sometime in September, 2020.

Check out the second season trailer and all the episodes of the first two seasons on Netflix.