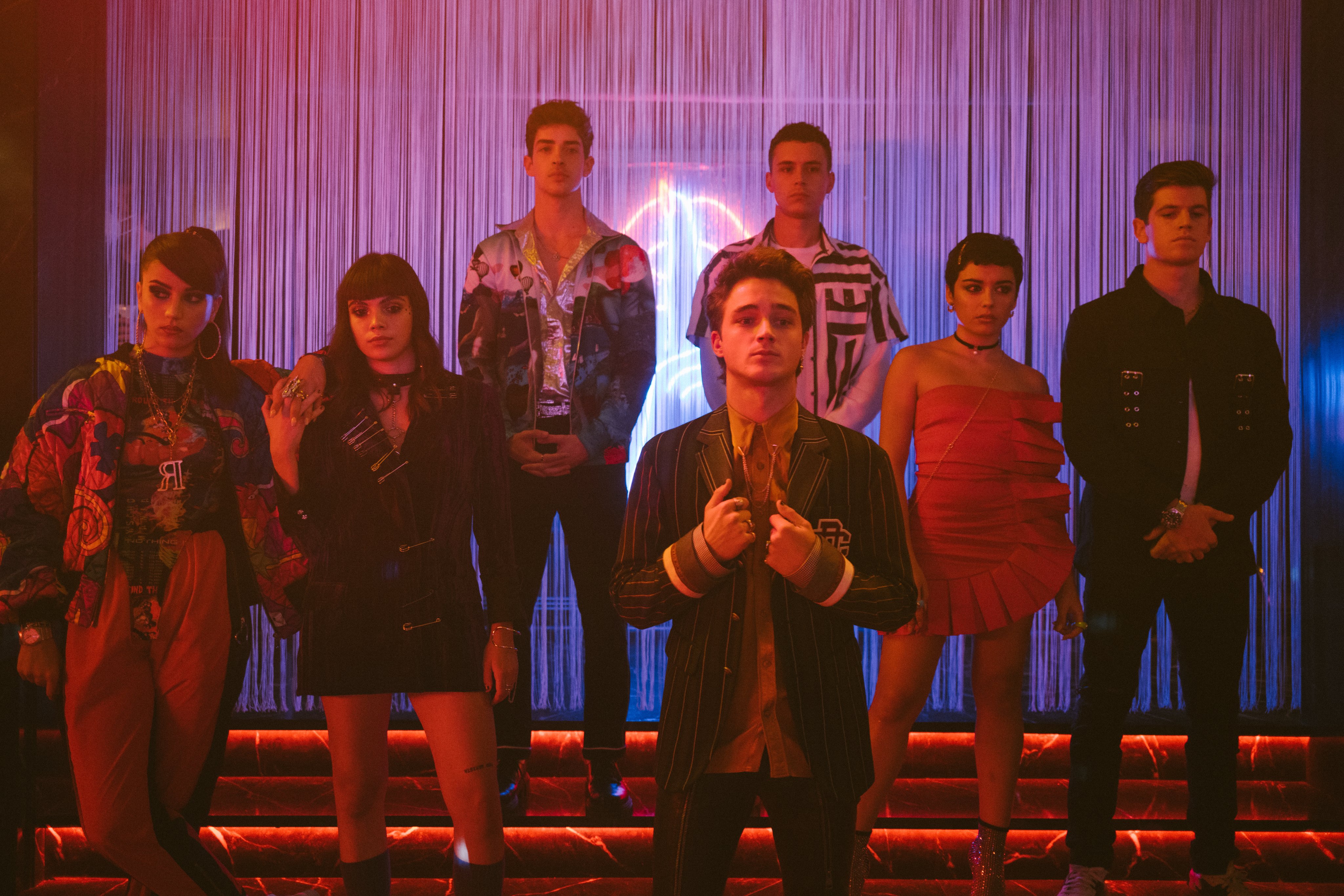 Created by Carlos Montero and Darío Madrona, Netflix’s ‘Elite’ is a Spanish thriller teen drama that follows the lives of students studying in Las Encinas, an elite secondary school in Spain. The dynamics of the exclusive private school change when three working-class students join the school with scholarships from a public school. The series progresses through the unforeseen events that challenge the lives of the students and their relationships with one another.

Each season in the series relies on a specific incident that forms the underlying thriller narrative of the show. Upon its premiere on October 5, 2018, the show was highly praised for its entertainment value and flash-forward narrative style, as it combines a riveting suspense story of a different timeline with the amusing teen drama. Over four seasons, ‘Elite’ has become one of the best teen dramas of the streaming era.

It has been lauded for addressing various facets of adolescence without compromising the genre expectations of a thriller. The fourth season of the show released in June 2021, with a finale that questions the fate of a few main characters, leaving the viewers in ambiguity. As the fans are eagerly waiting to know more about the future of Las Encinas students, we have covered everything you need to know about ‘Elite’ season 5!

‘Elite’ season 4 released in its entirety on June 18, 2021, on Netflix. The fourth season comprises 8 episodes of runtime between 41–59 minutes each.

As far as the fifth season is concerned, here’s what we know. The streaming giant formally announced the renewal of season 5 on February 25, 2021. Well, it wasn’t a surprise as there were speculations about the popular show being greenlit for another season, along with the renewal of season 4 in early 2020. Production on the fifth season also commenced in February 2021 and concluded in June of the same year.

Even though an official confirmation regarding the release date and other details is yet to arrive, we can expect season 5 to follow the 8-episode structure of the individual seasons of the show. Taking possible delays due to the global pandemic and other factors, we might have to wait a little longer for the fifth season. Taking everything into account, we expect ‘Elite’ season 5 to release sometime in Q1 2022.

Elite Season 5 Cast: Who can be in it?

Season 5 of ‘Elite’ will see an overhaul in its cast with multiple departures and additions. We will see the return of Itzan Escamilla as Samuel, Omar Ayuso as Omar, Claudia Salas as Rebeka, Georgina Amorós as Cayetana, Carla Díaz as Ari, Martina Cariddi as Mencía, Manu Rios as Patrick, Pol Granch as Phillipe and Diego Martín as Benjamín.

For season 5, the cast will see the departures of Miguel Bernardeau (Guzmán), Arón Piper (Ander Muñoz), and Mina El Hammani (Nadia), who were part of the show from the very first season. Andrés Velencoso (Armando) has also exited the show ahead of season 5. The fifth installment will see new additions such as Valentina Zenere as Sofia, André Lamoglia as Gonzalo, Adam Nourou as Eric, and Isabel Garrido in an undisclosed role.

Elite Season 5 Plot: What can it be About?

The finale of season 4 reveals all about the mystery behind Ari’s mishap, as we see Armando injuring Ari severely. At the New Year’s Eve party, Armando forces Mencía for sexual advances. Ari and Rebe spot them at the dock and help Mencía run away from him. A drunk Ari tells Armando that she will expose him in front of her dad. Armando severely injures Ari, whose cries for help go in vain as fireworks erupt to celebrate the New Year. Guzmán, who comes to the dock to see Ari finds her injured and goes after Armando into the boathouse. Guzmán kills Armando with a flare gun, and with the help of Samu and Rebe, throws the dead body into a lake.

Season 5 of ‘Elite’ will start from the aftermath of Armando’s death. Guzmán and Ander are away from school for their trip, which might be an advantage for Samu to work on his relationship with Ari. With Armando’s absence, we could see Mencía having an untroubled life in the new season. Ari, unaware of Armando’s death, believes he got away. Thus, the fifth season might see her having a future to look forward to with Samu. It will also depict the future of Omar, who is left behind by Ander. Along with these storylines, the fifth installment most probably will have a new incident dictating the flash-forwards and suspense like the previous seasons.