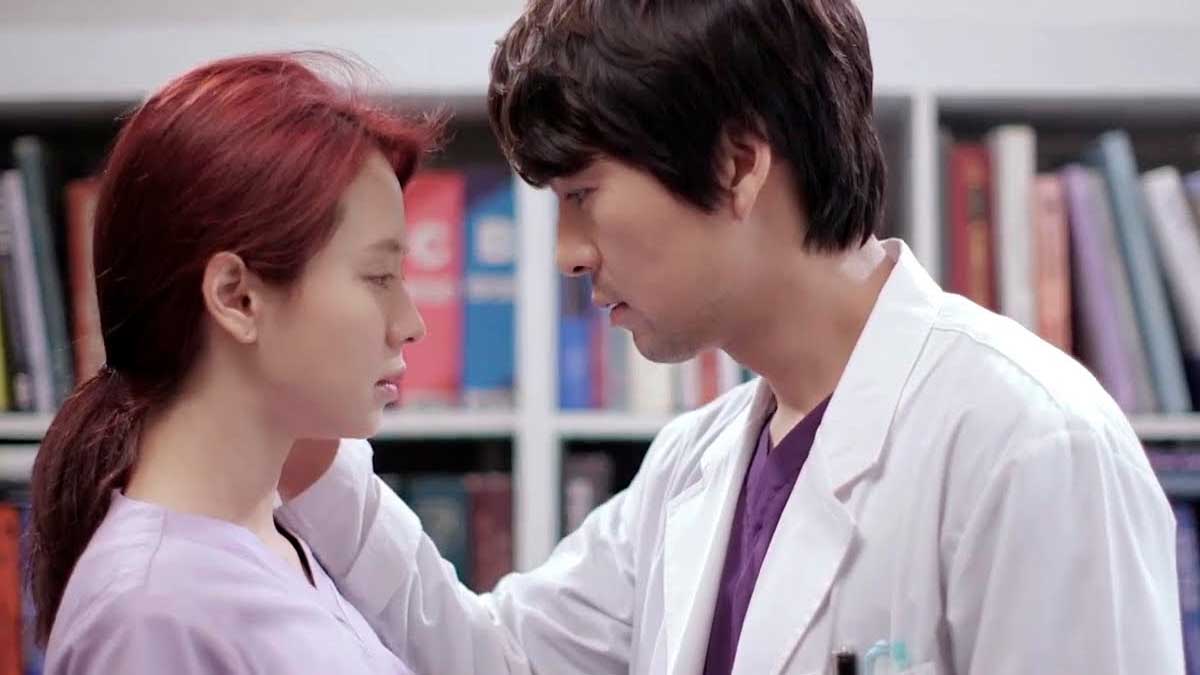 ‘Emergency Couple’ is a Korean television series mainly of the romantic comedy genre. The series premiered on January 24 to April 5, 2014, on one of South Korea’s top entertainment channels, TVN. The series mainly featured on Fridays and Saturdays exclusively at 20:40 and continued for a span of 20 episodes in total.

Due to the show’s popularity, the makers decided to extend another episode only for the fans. It spread like wildfire with 9 countries buying the broadcasting right while they also managed a music talk show named ‘Reply with Music-Emergency Couple’ which went air on May 6, 2014, just to thank the fans for their unconditional love and support.

After ‘Emergency Couple’ Season 1 spread like wildfire, fans have only been asking about the status of Season 2. We get into that here, after offering viewers a quick look at the show’s details.

Emergency Couple Cast: Who is in it?

‘Emergency Couple’ as the name suggests is a romantic comedy television series that revolves around a couple. The famous Korean actress and model, Song Ji-hyo, who earlier appeared in the Kiki Magazine plays one of the crucial roles of the female protagonist, Oh Jin-hee. Her partner, the male protagonist named Oh Chang-min, is played by Choi Jin-hyuk. These two actors form the main lead cast of the series around whom the story mainly revolves.

Lee Pil-mo also did a commendable job in his character of Ook Cheon-soo, the physician present at the Emergency medicine. Choi Yheo-jin plays the role of an assistant of surgery, and other actors like Clara Lee and Yoon Jong-hoon also play crucial roles in the series as interns.

Other supporting roles also add a lot of spice to the series, the makers have handpicked actors and created a universe around the lead protagonists while the whole backdrop is set perfectly with short and meaningful roles given to supporting actors.

Emergency Couple Plot: What is it about?

‘Emergency Couple’ is a Korean television show based on a couple with a romantic comedy flavor. It is a story of Oh Chang-min (played by Choi Jin-hyuk) and Oh Jin-hee (played by Song Ji-hyo), who meet in their early twenties and immediately fall for each other, deciding to get married against the wishes of his wealthy doctor family.

On carrying on with their decision of marriage, their families break all their connections with them without even handing over a cent. The repercussion of the whole thing leads to Chang-min literally being forced to quit his studies as a doctor and begin work as a pharmaceutical salesman. He struggles to settle in his new life, and also with his new job. The frustration reflects soon in his relationship with Jin-hee, which also leads to an eventual breakup.

The martial breakdown is a step they take owing to excessive pressure from all fronts. One of these is Jin-hee’s inferiority complex of not being liked by his partner’s family members. Within a year, their marriage is over and they are divorced. They part ways and decide to make it alone, but their hearts are filled with animosity towards each other.

Six years later they meet again with destiny bringing them back together as they applied at the same hospital for medical internship, with Chang-min having returned to medical school and Jin-hee deciding to also pursue medicine. They are forced to work together for three months in the emergency ward of the hospital as interns and gradually the work brings them back together.

The series has the essence of typical Korean rom-com and it also contains strong social messages throughout. It addresses various social issues and taboos. Despite being light-hearted its audacity to reach out to people in openly discussing the issues a couple, a woman, a mother can go through in any society, deserves a lot of credit and applause to the makers.

The series also has some secondary characters who are not the typical dramatic jealous types, stereotypical in their approach. They aren’t portrayed as plain nasty, psychotic jealous and manipulative cruel which is the case with some of the dramas in this genre.

However, there are some flaws as well, though the makers did most things right in the series even with the secondary characters, in not portraying the wrong things. On the other hand, they also did not portray them as much as a general viewer would like to see. The secondary characters are always playing second fiddle with the audience hardly getting connected to them throughout the series.

The characterization of those roles lacks depth and substance to hold the viewers, which brings us to the writing of the series. The writing often looks a bit confused with the approach and also some character stories end pretty abruptly without a proper explanation, adding more confusion to the table.

Emergency Couple Season 2 Release Date: When will it premiere?

‘Emergency Couple’ Season 1 premiered on January 24, 2014, on TVN and ran till April 5, 2014. The makers targeted the weekends for the romantic comedy series, and hence the show always came on air on Fridays and Saturdays and continued for a span of 20 episodes in total for the first season. Ever since the success of the first season, the makers are yet to come out with any update of the second.

Here is the link of the trailer of Emergency Couple season one: